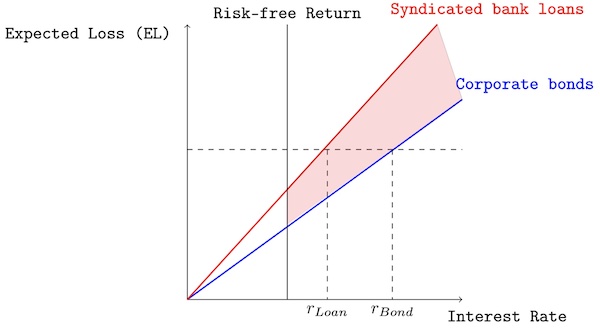 Too big to be stranded?Bonds and bank financing in the transition to a low-carbon economy

The role of bank and bond market financing is crucial in the ongoing debate about the need to transition to a decarbonized economy and the actions that should be taken by central banks, financial authorities, and governments. Financiers can play an important role in guiding funds away from fossil fuel and pollution-type activities and investing in more environmentally friendly activities (Caselli et al., 2021). However, fossil fuels still dominate energy investment, especially banks still show unwavering interest in fossil fuel projects (such as RAN 2020, Pinchot and Christianson 2019, Delis et al. 2018). Therefore, a major issue in the transition to low-carbon energy supply is to steer investment away from fossil fuels.

In light of this, when climate policy is finally tightened, large investments in fossil fuel companies may reduce value and lead to non-performing loans, which is indeed risky (Löyttyniemi 2021). The risk of stranded assets — the risk of reassessing carbon-intensive assets due to the transition from a carbon economy — needs to be reflected in the cost of debt of fossil fuel companies to compensate for the increased risk of default.

In a recent paper (Beyene et al., 2021), we examined the potential different roles of market-based credit and bank-based credit in allocating resources to fossil fuels. To this end, we investigated the cost of corporate bond financing of fossil fuel companies and the cost of syndicated loan financing, as well as the subsequent composition of these two types of debt, and the risk of stranding some of these fossil fuel companies’ assets. After observing that the average level of bank financing has not decreased with the tightening of climate policies, we have studied whether the stranded asset risk of some large banks is increasingly concentrated on a few large exposures?

Our data set includes corporate bonds and syndicated loans issued by companies that entered these two markets between 2007 and 2017. The risk of stranded assets of fossil fuel companies is represented by the variable “climate policy risk”, which is constructed as the product of the strictness of a country’s climate policy and the relative reserves of the company in the country. We manually collect the relative reserves of the company from the company’s balance sheet. In order to measure the strictness of a country’s climate policy, we mainly use the Climate Change Policy Index (CCPI) of Germanwatch (Burck et al., 2016). Large energy companies will have reserves in different countries, and these reserves will face different climate policy stringency, which is exactly what the climate policy exposure captures. Although the financial literature on the subject of carbon emissions-related risks mainly focuses on emissions at the corporate level, it focuses on the fossil fuel reserves held by fossil fuel companies, and the resulting risks are closer to the root of the problem. Most of the global carbon emissions inventory can be traced back to one A small part is mainly fossil fuel companies (Ilhan et al., 2020).

The analysis is carried out in four parts. First, let’s look at the corporate bond market and banks’ pricing of the risk of stranded assets of fossil fuel companies. We found that the yield of newly issued corporate bonds in the fossil fuel industry is higher than that of syndicated loans, and with the increase in climate policy risk exposure, the bond market has obtained a higher premium relative to the credit spreads implied by syndicated loans. Second, we show that as the risk exposure of stranded assets increases, fossil fuel companies shift from issuing bonds to obtaining bank loans. Third, we show that the substitution of bonds for banks is unlikely to be caused by the difference between the bank that underwrites corporate bonds and the bank that underwrites syndicated loans, and will ultimately be caused by the difference in the quality of borrowers. To this end, we collected information about the lead manager’s bank, combined sub-samples of loans and bonds, and constructed a data set in which the same bank was observed as the lead manager to engage in corporate bonds and syndicated loans to control underwriting business. Fourth, we study whether bank characteristics related to bank size will affect banks’ response to the risk impulse of stranded assets in terms of lending and risk-taking. We found that among all syndicated loans, the large banks that act as lead managers charge lower total interest margins than small banks. Therefore, as the climate policy of fossil fuel companies is exposed, they migrate to the largest lead manager banks.

Figure 1 illustrates some of the parameters of fossil fuel debt and summarizes our findings. We assume that an increase in climate policy risks means an increase in expected losses. Therefore, in order to make up for the expected loss of debt, the lender needs to apply a higher interest rate. However, our conclusion from the survey results is that, at least for large banks, the expected return from increased investment today may still compensate in some respects for the expected loss caused by the risk of stranded assets. Therefore, although the corporate bond market needs rBond, which takes into account the risk of companies stranding assets to a certain extent, banks only need rLoan. Therefore, this difference in the risk pricing of stranded assets means that banks continue to fund the corporate bond market and will not fund fossil fuel projects, as shown in the red area. The same number can be used to illustrate the transfer of stranded asset risk to the major banks in the banking industry.

The level of fossil fuel financing by the world’s largest bank in 2020 is still higher than in 2016, the second year after the passage of the Paris Agreement (RAN 2020). Our findings supplement the limited literature on the impact of stranded asset risks on the financing costs of companies (banks) and provide empirical evidence for the claim that the risk of stranded fossil fuel assets is transferred from the market to (large) banks. Regarding stranded asset risks and debt, our paper provides the following new insights:

Can refer to the original text.