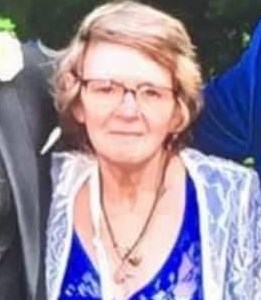 A 34-year-old man was charged with murdering a 63-year-old woman who was killed in a house fire. His family vowed “You will never be forgotten”


After a woman was found dead in a house fire, detectives charged a man with murder.

Firefighters rushed to the scene Manchester After receiving the fire report around 2.30 in the morning.

See has been remanded and will appear in Manchester Magistrates Court later today.

A 33-year-old woman previously arrested on suspicion of murder has been released for investigation.

Sandra’s devastated family wrote a poem to mourn their mother, saying that she “will never be forgotten.”

They said, “Sandra, you left this world so soon, it’s too late to say goodbye.

“You left before we knew it, we are still thinking why

“Our hearts are still suffering in sorrow, secret tears will flow out,

“No one knows what it means to lose you.

“You will never be forgotten, we assure you today,

“The holy place in our hearts is where you will stay forever.

A spokesman for the Greater Manchester Police said: “Mark West has been charged with murder. He has been remanded in custody and will appear in Manchester Magistrates Court today.

“Shortly before 2:30 a.m. on Tuesday, the fire department received an alarm that a fire broke out at an address on Darras Road in Manchester.

“Participating in emergency services, a woman was unfortunately declared dead at the scene. She was later named 63-year-old Sandra Hughes.”