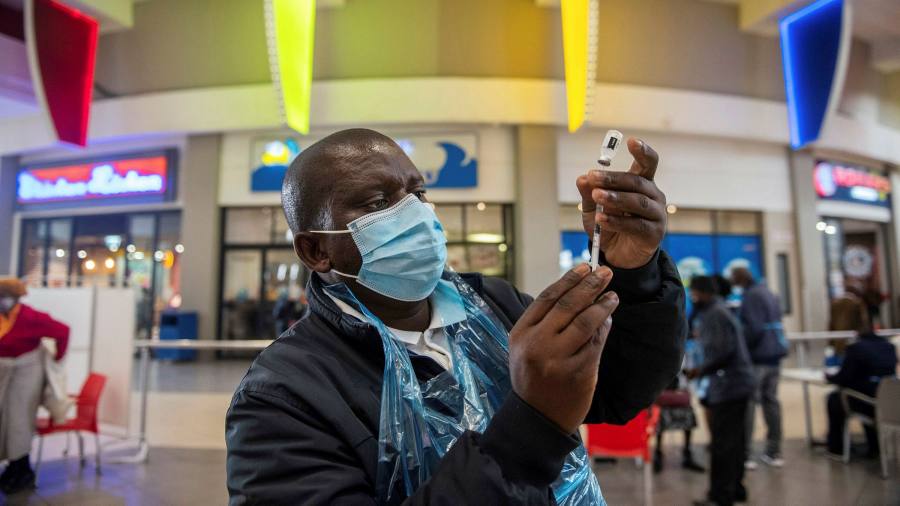 
According to a report submitted to the finance ministers and central bank governors of the G20 countries on Friday, governments need to spend at least $75 billion in five years to promote the prevention of future epidemics globally.

The report warns that a substantial increase in international public health funding on the basis of existing expenditures is critical to resetting the “dangerous underfunded system”.

“We are completely unprepared. The system is doomed to fail, and it will fail,” said Shan Daman, former Finance Minister of Singapore, who worked with former U.S. Finance Minister Larry Summers and WTO Director-General Ngozi Okonjo. -Ivera co-led the report.

This report was supported by senior bankers, economists, and policy makers, who accepted the G20 mission in January to find ways to organize finance to reduce the world’s impact on epidemics. Policy measures based on the report may be submitted to G20 ministers in October.

Shanmugaratnam compares existing global health crisis defense measures with a financial system that has no agreed international standards for capital buffers or liquidity, no stress testing or regulation, no deposit insurance, and no early warning or rescue mechanism.

The report urges world leaders to invest US$10 billion each year in a new global health threat fund that can support monitoring and research, and stimulate investment through public-private charitable partnerships to ensure the rapid pace of vaccines, tests, treatments, and personal protective equipment Global supply.

This will mean that the ability to manufacture and deliver key medical supplies in different regions will be greatly improved, and technology will make it possible to rapidly scale up production to meet the surge in demand during the pandemic.

There should also be a new governance arrangement that brings together the Minister of Health and the Minister of Finance, based on the Financial Stability Board established after the global financial crisis.

An additional US$5 billion each year will be used to strengthen the World Health Organization and fund pandemic preparedness through the World Bank, the International Monetary Fund and regional lending institutions-these institutions will be given stronger mandates to invest in global public goods , Such as health and climate.

Although these proposals are considered to fight against future epidemics, Long delay The authors of the report said that providing coronavirus vaccines to developing countries means that the current crisis may actually be merged into future crises.

Okonjo-Iweala said: “The world is far from ending the Covid-19 pandemic.” “We must take positive action now…. End this deadly crisis as soon as possible, and at the same time step up efforts now to prevent future epidemics from increasing. Risk-this represents a clear and real danger.”