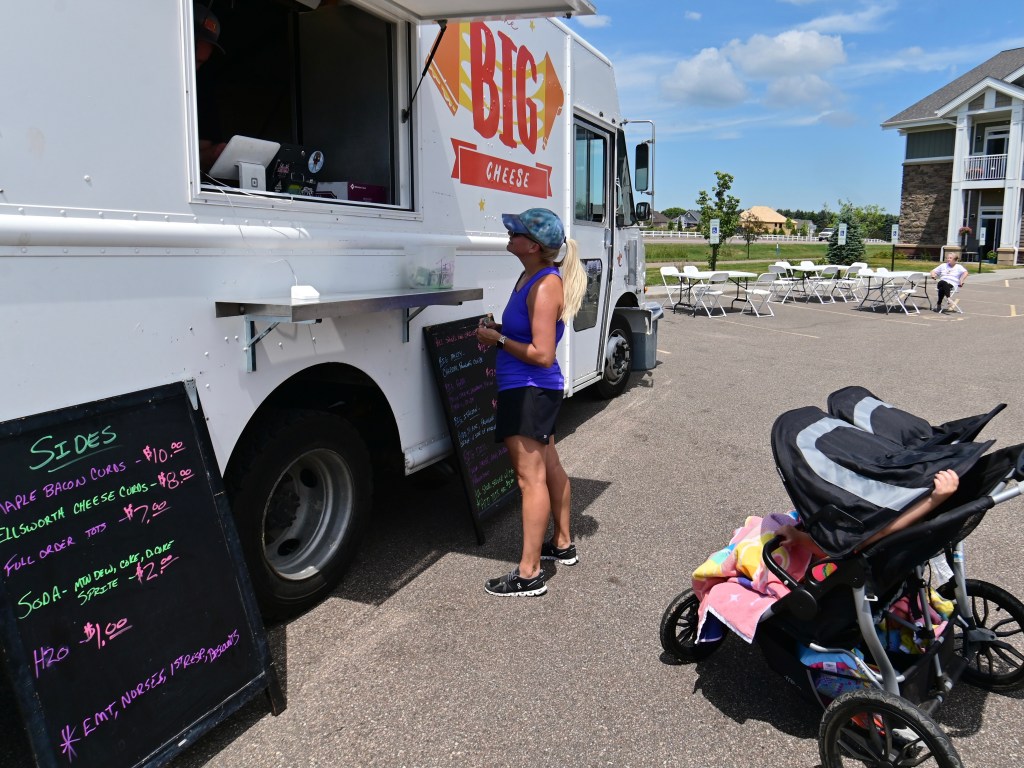 After the pandemic, a wave of food trucks entered a new location in Twin Cities-Twin Cities

Mary Smith is eating the most unlikely outcome of the COVID pandemic.

“It’s like State Fair food on a truck,” said Smith from Inver Grove Heights, because she recently likes to eat grilled cheese sandwiches. She bought it from a food truck in the parking lot, one of dozens of trucks sweeping the entire metropolitan area as the COVID epidemic subsided.

“We have been trapped in it for a year and a half,” Smith said, biting on the Big Meltie she bought from the Big Cheese truck. “Now we can go out.”

The munchie-mobile fleet is rapidly expanding. So far this year, about 25 new food trucks have joined the Minnesota Food Truck Association, with a total of 127 members.

They will park in groups and provide food for workers in the city center during lunch breaks. Or they will gather at art festivals or music festivals.

Then in March 2020, the COVID pandemic broke out and the doors of restaurants in the state slammed shut. But the food truck adapted. Some customers think they are safer, with outdoor dining and places away from socializing.

Unlike physical competition, they are mobile. When employees learned to work from home, trucks no longer gathered in the city center—but paid for it.

Jenkins-Fast said they drove into the parking lots of Fleet Farm, Cub Foods and Home Depot. They are even invited to places selling food, such as beer bars.

They started to coordinate instead of competing. For example, Jenkins-Fast said that the main course truck and the dessert truck will appear side by side.

Jenkins Fast said: “We had a lobster truck and a brownie truck going out together, and they killed it.”

With the lifting of the pandemic this spring, rolling entrepreneurs have poured into this business. These trucks now offer a variety of delicacies and names, including Kabomlette, Yuniverse Foodie Waffles, It’s 7 am Somewhere, Original Hockey Mom Brownies and Hibachi Daruma.

Before COVID, trucks were a holiday add-on—almost an afterthought. Now they have become so popular that they have their own festivals, including two 50-truck extravaganzas planned by the association this summer.

Food truck operators have discovered that even a single truck can host community gatherings in unheard of locations. This spring, Arbor Glen started experimenting with these trucks and now receives them every week.

“What better way to get people together than eating?” said director Rachel Stavin.

“I don’t need to cook, kids love it,” Schwartz said. She could have gone to a restaurant for lunch, but prefers to walk about four blocks to the truck.

“It’s easier, and I don’t have to be in the dining room”-she stares at her daughters-“with two young children.”

Jackie Slomkowsky and his 11-year-old son Tyler are riding bicycles.

“People come here like flies,” she said. “What full-time mother wants to cook lunch every day?”