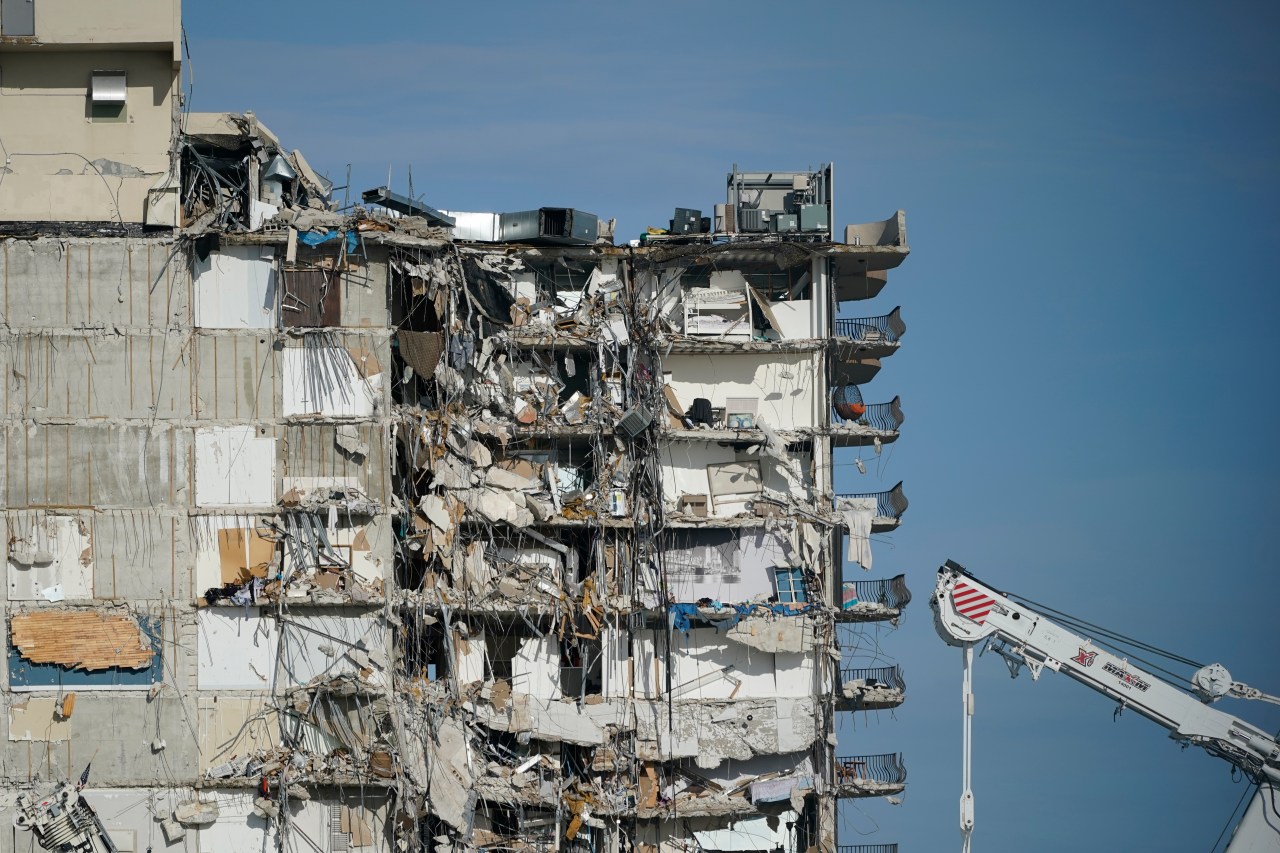 When most of the building collapsed, Rosie Santana was not at home. However, the camera in her apartment caught the debris falling into her living room.

One of Santana’s tweets read: “This is a video from my camera lens, starting from the crash to (losing) the connection.”

If you listen to the video carefully, you will hear the crackling and moving sounds of the apartment building when it starts to collapse, which is creepy.

As of Thursday morning, officials stated that they had to suspend rescue work because they were worried about the stability of the remaining structure, because the crew noticed that a large pillar was cracked and moved by a foot.

So far, the collapse has claimed the lives of at least 18 people and left more than 145 people unaccounted for.

Hundreds of rescuers spent a week carefully removing and searching for potential signs of life in the pancake rubble.

While officials are waiting for all clearance to resume rescue work, they must also monitor Tropical Storm Elsa, which is rapidly moving towards Florida.