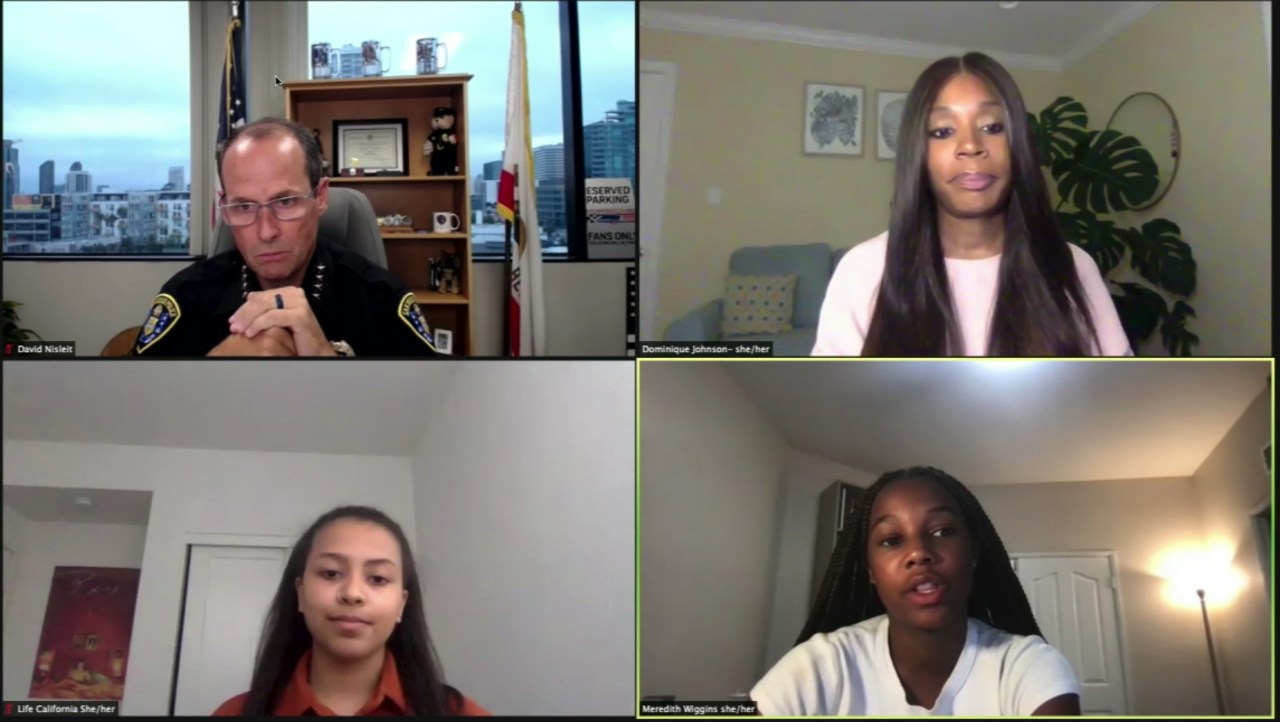 San Diego-On Wednesday, senior police officers in San Diego joined a virtual city hall to discuss the findings of a recently released report that exposed racial differences in police contacts in the city over five years.

That report The Police Fairness Center released on June 17 It is determined that blacks encounter non-traffic police interceptions in San Diego more than four times more frequently than whites. It also found that blacks and Hispanics were more than twice as likely to be searched during traffic stops as whites.

San Diego Mayor Todd Gloria said in the release: “The data is clear-we still have work to do.”

At City Hall on Wednesday, San Diego Police Chief David Nislet acknowledged the discrepancies exposed in the report, saying that the department is using the information to “help drive policy development.”

He said: “(It) can help me make operational decisions to try to suppress these disagreements.” “This is how I think about these data.”

According to the research center, the primary goal is to determine any racial differences in police-public interactions and determine the extent to which these inequalities are caused by unfair practices or other factors outside the direct control of the SDPD.

The CPE analysis asserted that racial differences among people involved in police contact “are important because they reveal specific sources of frustration and the risk of harmful outcomes in the community-an important step in identifying effective reforms.”

The author of the report wrote: “But differences do not necessarily indicate that the police have prejudices or discriminatory behaviors against different ethnic groups,” and pointed out that “internal and external factors…may cause differences in police practice.”

Two young panelists shared with Nisleit their concerns about the data found in the report.

“What are my 4.3 GPA, my honors, my scholarship, and my achievements against an officer with a gun and my taillight?” said the team member California Life.

“I just want to say to everyone: if you think this issue will not affect you, or if you like,’I really don’t care about this, etc.’, one of my favorite words recently is that individuals are political. “Group member Meredith Wiggins said. “We are all affected by this to some degree, shape or form. So please be careful, do research, educate yourself, empower each other, and involve young people, whether it’s your children, your niece, you His nephew, or anyone.”

The report can be viewed online sandiego.gov/CPEreport.