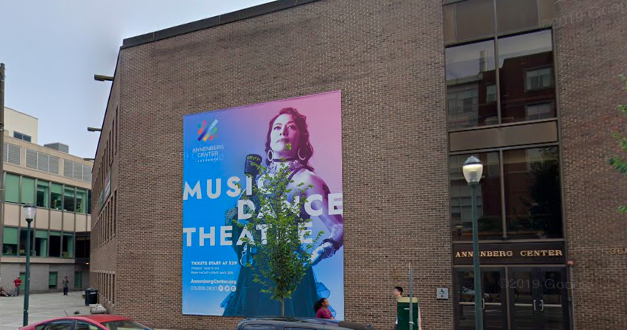 
The Annenberg Center kicked off its 50th anniversary season with a new identity and name: Penn Live Arts.

The Performing Arts Center on the campus of the University of Pennsylvania stated that new signs and banners will decorate the theater and it will soon welcome audiences back to watch live performances this fall.

“We are about to celebrate the 50th anniversary of the Annenberg Performing Arts Center, and we want to acknowledge this and consider how we can show more shows outside of the Annenberg Center [space],” Christopher Gruits, Executive and Art Director of Penn Live Arts said“We need to better encapsulate the content provided by our programs and the things that provide places for programming.”

The theater opened in April 1971 and was the first performing arts center in Philadelphia, presenting all of its programs on the campus of the University of Pennsylvania.

However, in the past few years, it has begun to expand the show to Central City and Bucks County. Then, the epidemic pushed the performance outdoors, online Because the theater adapted to the health restrictions of the city.

The name change reflects how the theater expands beyond the “four walls” of the Annenberg Center, and more to the community.

It also stated that it will plan more diverse shows outside the walls of the Annenberg Center.

“By showing more domestic and international artists who are not performing in the city, we have expanded the community’s knowledge and understanding of global culture,” Penn Live Arts says.

This summer, the theater is completing the renovation of the concession area and signage. It also provides a new center for the Sachs Art Innovation Project, called the Feintuch Family Lobby Art Lounge, which will have a lounge space and a place to display visual arts.

Penn Live Arts’ The next performance kicks off September An outdoor performance by Alarm Will Sound by John Luther Adams’ work “Ten Thousand Birds” at the Morris Botanical Garden in Chestnut Hill.

For the first time since the pandemic began in November, the theater will open live performances for the jazz musician Maceo Parker.