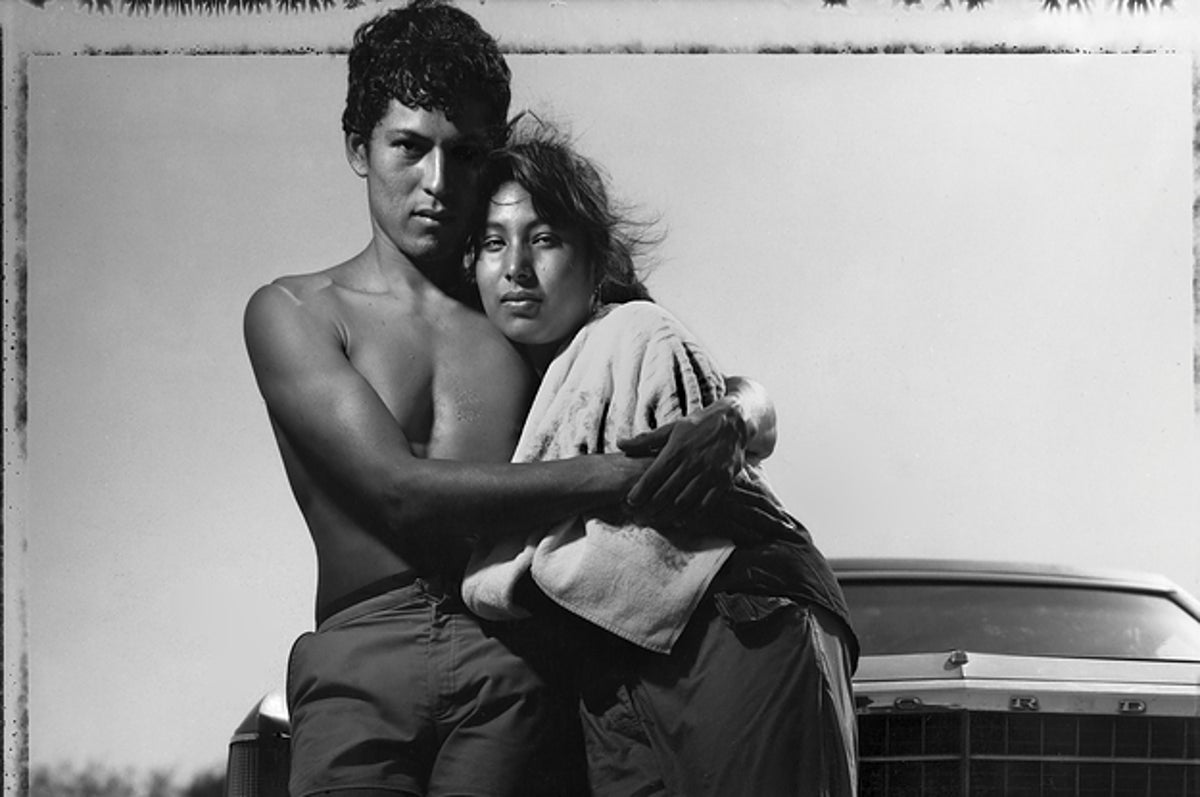 Photos reveal the legacy of Latin American photography in the U.S.

Elizabeth Ferrer is the vice president of contemporary art at Brooklyn non-profit organization BRIC Arts Media.She is also the author of this book Latino Photography in America: A Visual HistoryFerrer’s family is Mexican-American. She was born and raised in Los Angeles.She loved art since she was a child and grew up during the rise of society Chicano Civil Rights Movement, She witnessed how life shapes art. “I remember one thing I saw when I was in elementary school was the nearby murals. When I was a kid, I didn’t have many opportunities to go to museums, but I did see this. I saw that art can be used in society. The way of change and the community.”

She applied this philosophy of art for social change throughout the school and integrated her career as a young curator and champion of Mexican-American and Latin American art. We discussed with her how to find unrecognized Latino photographers at a young age created a platform for her and the artists themselves.

I was attracted by photography when I was in high school and started to take a lot of photos. I went to Wellesley to study art history, and then I went to Columbia. When I was studying art history, there was very little Latin art, Chicanques art or Mexican art. I was curious. When I moved to New York and started working in contemporary art, I became interested in the art world and started to travel to Mexico City. I started to get acquainted with the artists there and curated many exhibitions on Mexican art and photography for American venues since the 1990s. I like Mexican photography and I still follow it, but I started to realize that there are Latino photographers making important works. I started working with an organization in New York called En Foco, which was founded in the 1970s by a group of Nuyorican photographers. Through En Foco, I learned that many Latino photographers across the United States are basically excluded from media discussions. Their works are largely excluded from museum collections, and they did not appear in large survey exhibitions of American photography, nor did they appear in photo galleries. The visibility of these photographers is very low. I decided to write this book to solve the gap in the way people understand the history of American photography.

What impressed you during your work in Mexico’s photography?

I went to Mexico as a young curator and wanted to curate an exhibition of contemporary Mexican artists, which I saw in the United States. I am very green. I don’t really know the people there, but I started to go to the gallery.A gallery held a photography exhibition Flower GarduñoShe is this young and budding traditional photographer, in the purist school of black and white photography that was very popular in Mexico for most of the 20th century. Very poetic. I was shocked by her photography and bought a photo from the show.

Do you think you have to work hard to get American museums or galleries to recognize this work?

Early in my career, I was lucky that the United States had a strong interest in Mexican art. The Five Hundred Years of Columbus took place in 1992. I also participated in a large-scale exhibition at the Museum of Modern Art, where I was a co-editor of a catalogue of blockbuster exhibitions. Latin American Art of the Twentieth Century. Basically every museum wants to hold an exhibition of Mexican art or Latin American art. I am lucky that this is the right place at the right time and I am able to do many exhibitions and projects. But in that era, people’s interest in Latin art and photography was much less. This took a lot of time. . Interest is not so strong, it took a lot of time. Of course, in the past few years, people have become more and more interested in African American art, and to some extent, they have also become more and more interested in Latin art. People are beginning to realize the gap between what they know and what they don’t know, and are eager to learn all about Latin.

En Foco was founded in 1974 by a group of Puerto Rican photographers who had the same problem with visibility. They are knocking on the door, but they are not getting a job from the mainstream media. They certainly won’t get their work in the museum, but they saw white photographers.A good example is Bruce Davidson, his book East 100th Street, Documenting a poor neighborhood in Harlem, and an African-American photographer has been reporting on the neighborhood. The same thing happened in East Los Angeles where I grew up. In the civil rights era of the 1960s, there were many protests and demonstrations, as well as the promotion of national pride and higher political awareness by Hispanics. And you know, these magazines reported many such demonstrations, but they sent Magnum photographers to these communities. Local photographers who photograph these communities day after day are also reporting on these things, but their works are not seen nationwide.

When I participated in En Foco in the 1990s, they were very active and organized exhibitions, provided scholarships for photographers to produce new works, and published Shin Kong magazine. Although En Foco is important, it is still not mainstream. Getting mainstream coverage remains a huge challenge. I hope my book can help these photographers gain good exposure, but this is just the beginning.

Many photographers in the book should have a monograph about them and there should be a solo exhibition. Many of these photographers were very successful, but many of the charms related to Latin American art and adapted by major institutions such as the Museum of Modern Art did not happen to Latino photographers.

Many organizations today connect mainstream media with little-known photographers, thinking of diverse photos and indigenous photos. Can you see the difference in the past few years?

I think it has changed a lot as we shifted from emphasizing printing to digitalization. This is a huge change. In the printed matter, there is always a gatekeeper.There are some smaller publications, such as Shin KongBut this will never be able to compete with the glamorous mainstream publications.

Once the digital space opens up, with the proliferation of online news sites and blogs, for example, organizations dedicated to indigenous rights are more likely to hire indigenous photographers who may or may live in that community for a long time. Of course, another huge shift is the rise of social media. Many photographers, even older photographers, have Instagram feeds that can be used as a platform to show them without gatekeepers or filters. s work.

In terms of the popularity of these photographers, one thing I have always worried about is the photography market.There are a few Mexican photographers like Manuel Alvarez Bravo or Graciela Iturbid, Who has a strong market, you see their works in commercial galleries. But Latino photographers are basically excluded from commercial galleries, with only a few. Especially for photographers who emerged in the 1980s and 1990s, this is not part of their experience. They can earn a living by teaching or getting funding, but they cannot earn a living by selling their work. The gallery thing is important, because a good gallery owner will help you get museum exhibitions and help put the work in your permanent collection. Excluding Latino works from these aspects of galleries and commercial photography hinders their ability to present their work in a long-term, long-lasting manner. What will happen to those works when the artist dies? What happens if this work is not appreciated from a business perspective?

This is the border and the status of Puerto Ricans. This is an issue of immigration and equity. In the book, photographers used their lenses to serve farm workers who promoted unions in California in the 1960s. Or someone like Hiram Maristany in New York, a photographer for the Puerto Rican activist group Young Lords. But I found that all these photographers, even those modern photographers who work with more conscious artistic or conceptual methods, still maintain a political stance, eager to reflect their community.I want to specifically mention Harry Gamboa and his main series Chicano males are unbound. He started the series after hearing the radio announcement that the police were looking for a Chicano male. The stereotype of Mexican-American young people as criminals, just like young African-Americans being demonized, is the spark of his creation of this series of portraits of Chicano men of different ages and occupations, they just stand in the frame. Some of them are actors, lawyers, dancers, judges, priests. He deliberately photographed them at dusk, sometimes looking at the camera positively or confidently, forcing you to face your own stereotypes.

What do you want readers to gain from understanding the importance of American visual history through the Latin lens?