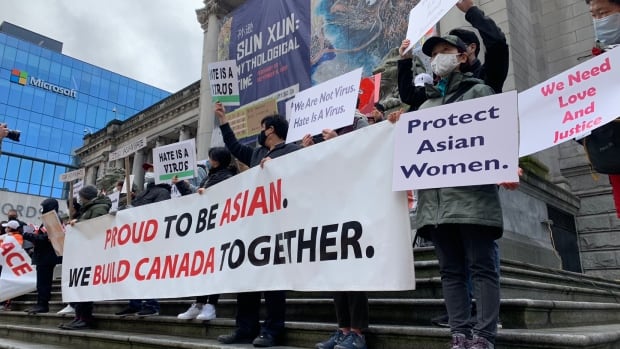 More than half of Asian Canadians suffered discrimination in the past year: survey


According to a new survey by the Angus Reid Institute, more than half of Asian Canadians have suffered discrimination in the past year.

In the survey released on Tuesday, 58% of respondents said they had experienced discrimination in the past 12 months. More than a quarter (28%) said that these conditions “always” or “frequently” occur.

“They told us through this investigation that they were the first to suffer discrimination and anti-Asian discrimination,” said Shachikul, director of the Angus Reed Institute.

“These people are disproportionately young,” she said. “They may be more on the front line, they may work in the service industry, and they are more likely to take public transportation instead of driving or working from home.”

Other important findings include how people perceive incidents. According to the survey, 53% of Asian Canadians who have experienced racism said these incidents are hurtful and have been with them.

The institute also asked another 1,877 respondents who were identified as non-Asian, and they will conduct a survey on diversity and racism in Canada in a series of upcoming surveys. The institute said that one in five people said they believed that “most or all Asian Canadians did not contribute to the wider community”.

Doris Ma, founder Stand with the Asian League, Said this discovery is outstanding.

Mah was born in Hong Kong and moved to Canada with his family more than 30 years ago.

She pointed out that Chinese workers are vital to the construction of the Canadian Pacific Railway, which is just one of the many contributions made by the Asian community.

The survey results also show that one-third of non-Asian respondents said that in the conflict between the two countries, Chinese Canadians are more loyal to China than to Canada.

“It’s shocking, I think there is a lot of ignorance there,” Ma said.

She said that more education is needed to raise awareness of racism and discrimination.

Since the COVID-19 pandemic, reports of anti-Asian racism and xenophobia have increased in BC

According to data from the Vancouver Police Department, the number of anti-Asian hate crimes has increased from a dozen in 2019 to 98 in 2020, while general hate crimes have almost doubled.Vancouver police set up task force To deal with the surge.

In May 2020, the Mayor of Vancouver, Kennedy Stewart, announced that the city Committed to solving racism and hatred issues After a sharp increase in anti-Asian racism and xenophobia.

There are also a series of rallies and movements aimed at curbing growing discrimination.

In late March this year, 500 people gathered at the Vancouver Art Gallery to condemn hatred.

Several other cities in British Columbia, including Victoria, have also issued plans to condemn racism and pledge to help combat racism.