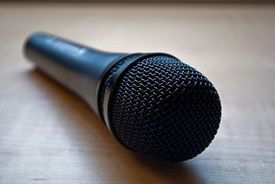 New York – School officials say the president of the Mahopac School District school board in New York has resigned after calling a parent “chubby wubby” at a meeting. As reported by Reuters, the resignation of former Board of Education President Raymond Cote was disclosed in a statement on the district’s website on Wednesday.

The resignation comes after a video surfaced showing Cote stating into a live microphone during a meeting, “This one here, chubby wubby, she gets fatter and fatter at every meeting. She really does” in referencing a woman.

Cote, who also withdrew from running for upcoming school board elections, is quoted as making the statement on Tuesday, “I would like to apologize for my choice of words after the close of the Board meeting on April 8, 2014, which are regretful… My words were inappropriate and do not reflect my feelings or attitudes.”

Cote was reportedly elected as president of the school board in 2011.