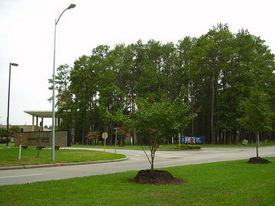 Houston – Three people were reportedly wounded in a shooting at a Texas community college. As reported by the Associated Press (AP), the shooting occurred Tuesday at the Lone Star College System North Harris campus in Houston.

The school reportedly issued an alert on its website early Tuesday stating students and faculty should immediately take shelter or avoid the campus.

Stacy Neal, the sister of one of the people who was reportedly shot in the incident, is quoted by the AP as stating of her brother to KPRC-TV, “He was sitting in the study room. There (were) three people on the computer and a guy walked up the stairs and opened fire on him… They said it was just one guy that came in with a gun.”

The campus was evacuated and closed for the remainder of the day following the shooting.