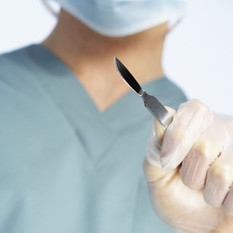 Houston, TX—A Houston-based orthopedic surgeon was arrested on Tuesday, July 21, 2009 on allegations of sexual abuse of at least four boys. The boys are reportedly between the ages of 4 and 6, and were former patients of the surgeon, as reported by the Houston Chronicle.

Houston doctor, Bernard Albina, 69, was charged by Harris County prosecutors with five counts of sexual abuse, which included a continuous sexual abuse of a child, sexual assault of a child and promotion of child pornography. According to detectives, Albina utilized his money and power to gain close relationships with his underage victims’ families so he could have access to the vulnerable children. Albina even went as far as to purchase homes, where the unsuspecting families lived for free. Prosecutors claim Albina has spent more than $250,000 to gain close access to his victims. Houston police issues search warrants two weeks ago, and discovered hundreds of hours of video footage of Albina with children. This discovery ended a two-year Houston Metro Internet Crimes Against Children Task Force investigation.

According to Texas state medical records, Albina received his medical education in Jerusalem and Beirut. Since 1970, Albina has practiced medicine in the United States, and lists St. Joseph Medical Center as his current location of medical practice.