Divorce Attorney in Florida Russell Knight (https://divorceattorneynaplesfl.com/if-i-was-married-in-another-state-can-i-still-get-divorced-in-naples-florida/) publishes a new article explaining the possibility of a divorce in Florida if married in another state. The lawyer mentions that people often think that where they got married plays a role in a divorce. However, this is not the case. When it comes to divorce, it doesn’t matter where the marriage took place. 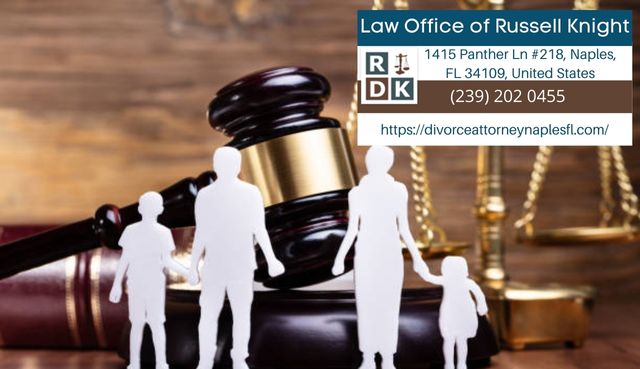 In the article, Attorney Knight states, “The most important thing when filing for a divorce in Florida is to make sure that one of the parties has lived in Florida for at least 6 months. A copy of the marriage certificate from the state, county or country where you got married or other documents related to the wedding or marriage are not required to obtain a Florida divorce. If you were legally married and lived in Florida for 6 months, you can get a divorce in…