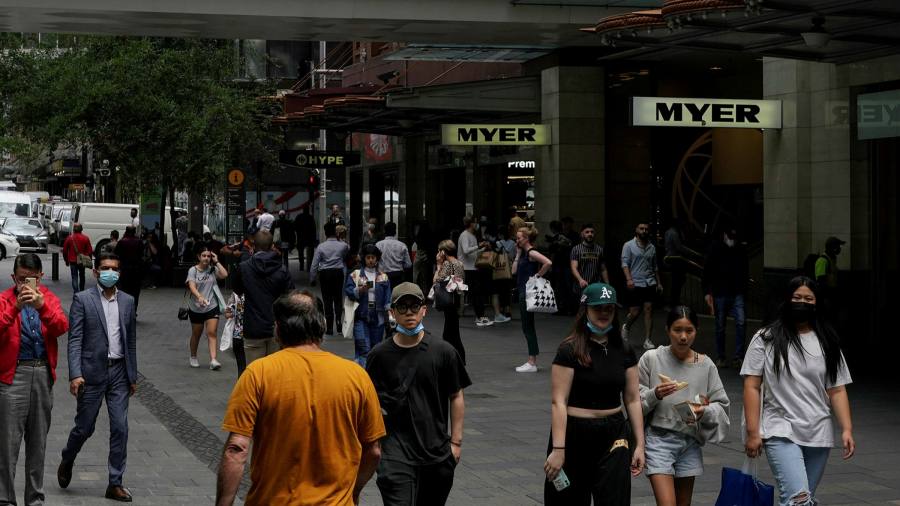 
Rising fuel and housing costs pushed Australian inflation above expectations in the fourth quarter of 2021, raising the prospect of a rate hike in the second half of the year.

Data from the Australian Bureau of Statistics on Tuesday showed the consumer price index rose 3.5 per cent in the fourth quarter from a year earlier and 1.3 per cent from the third quarter. Economists had expected a year-on-year increase of 3.2%.

The rapid spread of the Omicron coronavirus variant has fueled inflation fears.Food prices rise as supply chain disruptions for supermarkets, retailers and logistics firms struggle to find workers Due to the country’s quarantine policy.

Michelle Marquardt, head of price statistics at the ABS, said the most notable price increases in the December quarter were new home, holiday and accommodation costs and motor fuel, which surged by almost a third compared to the same period last year.

The job market tightened after the unemployment rate hit a 14-year low in December, but strict border policy lead to labor shortages.

AMP chief economist Shane Oliver said the figures made a rate hike more likely. “As a result, we continue to see the Reserve Bank of Australia hike rates in August, and the RBA’s commentary moves in a more hawkish direction. At least it’s not 7% inflation seen in America,” he said.

“While some of these cost pressures may still be seen as temporary, we expect the RBA to take a more hawkish tone at its meeting next week. Given these data, a rate hike in 2022 is now more likely,” he said.

RBA says November A rate hike from 0.1% is unlikely in the near term until inflation remains within the 2-3% target range.

The timing of a potential rate hike could affect Australia’s elections in the coming months, with house prices a key issue for voters.