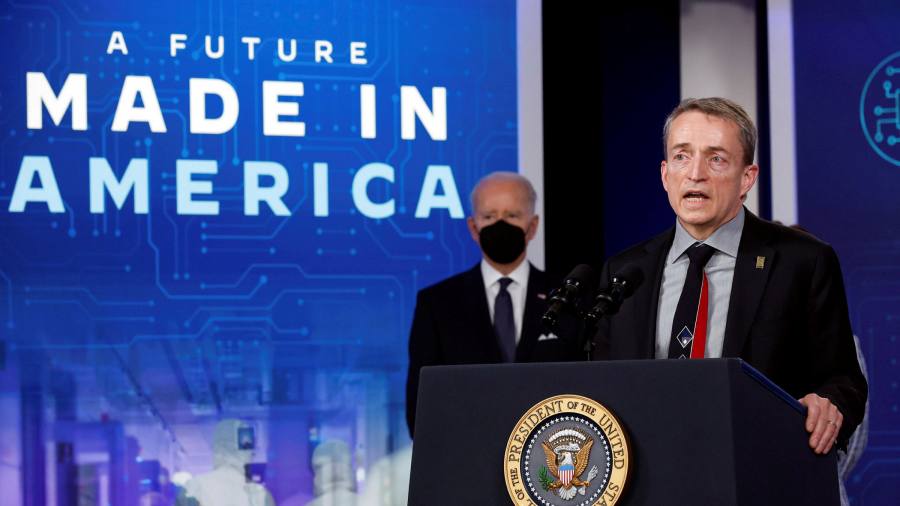 Intel to invest $20 billion in new chip factory in Ohio


Intel plans to invest more than $20 billion to build two chip factories at a new manufacturing site near the Ohio capital Columbus, a move that supports the Biden administration’s efforts to revive U.S. manufacturing and boost domestic supply chains.

The Santa Clara, California-based company expects to begin construction later this year and bring production online in 2025. The “mega-fab” in the Midwestern state will be able to house up to eight chip factories, also known as fabs, spanning nearly 1,000 acres, the company said Friday. The initial phase of the expansion is expected to generate 3,000 Intel jobs and 7,000 construction jobs.

The investment is the latest in a series of big bets by Intel as it tries to make up for lost ground with Taiwan Semiconductor Manufacturing Co and Samsung in chipmaking. The U.S. company last year pledged to invest about $100 billion in two other U.S. facilities, as well as a new location in Ireland that will cost nearly the same over a few years.

Intel said total investment in the Ohio factory could be as high as $100 billion over the next decade, “making it one of the largest semiconductor manufacturing sites in the world.”

But the company warned earlier Friday that investment could slow or be cut if Congress fails to pass legislation to subsidize semiconductor manufacturing, known as the Chip Act. The bill passed the Senate last year but stalled in the House.

U.S. President Joe Biden cheered plans for massive new chip factories in key political swing states from the White House on Friday, saying he hoped Congress would pass the bill “immediately” and stressed the importance of “increasing our domestic production” .

“For the sake of our economic competitiveness and our national security, let’s do this,” he said at an event with Intel CEO Pat Gelsinger.

Last year, Intel pledged $23.5 billion to expand capacity at its production sites in Arizona and New Mexico, with investments in Ohio. The plant in Liking County, Ohio, will be Intel’s first new manufacturing facility in 40 years.

In a statement, Gelsinger said the establishment of a new domestic production base is to “help build a more resilient supply chain,” particularly in the United States.

Ohio Governor Mike DeWine said the complex would be the largest single private sector investment in the state’s history.

“For decades, we have underinvested in domestic semiconductor manufacturing capacity, which has damaged our economy and national security,” said Brian Deese, director of the National Economic Council. “The situation is starting to change significantly”.

Biden added that his administration is working to secure the raw materials needed to make semiconductors in the United States.