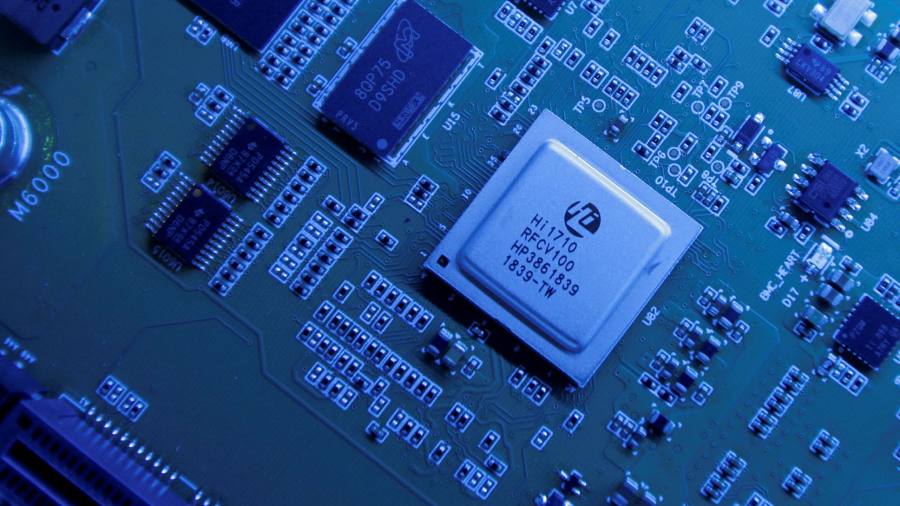 
China’s Huawei Technologies is aggressively ramping up its chip packaging capabilities to mitigate the impact of a U.S. crackdown that has kept the company from gaining access to vital semiconductor production technology, people familiar with the matter told Nikkei Asia.

Chip packaging refers to the final step in semiconductor manufacturing before they are mounted on printed circuit boards and assembled into electronic devices. The technology is less controlled by U.S. companies than the manufacturing of the chips themselves. Since 2019, Washington has cut off Huawei’s access to advanced U.S. chipmaking technology on national security grounds.

An example of Huawei’s new focus is its recent partnership with Quliang Electronics, a little-known chip packaging and testing supplier in Fujian province. Qu Liang is rapidly expanding production capacity in Quanzhou to help Huawei put its advanced chip assembly designs into production and trial some of the company’s cutting-edge chip stacking and packaging technologies, four people familiar with the matter told Nikkei Asia.

The Fujian government is one of the biggest supporters of Huawei’s ambitions to boost its chip packaging capabilities, although the company is also looking for manufacturing partners in several other provinces, the sources added. In addition, Huawei established a new subsidiary, Huawei Precision Manufacturing, in Shenzhen in late December with a paid-up capital of 600 million yuan ($94.5 million) to develop its electronics manufacturing business. One of the main goals of the new subsidiary is to develop chip packaging technology, the people said.

This article comes from Nikkei Asia, a global publication that looks at politics, economics, business and international affairs from a unique Asian perspective. Our own correspondents and external commentators from around the world share their perspectives on Asia, while our Asia300 section provides in-depth coverage of the 300 largest and fastest-growing listed companies from 11 economies outside Japan.

Partnering with local tech giants is another strategy Huawei is pursuing. The company has partnered with display champion BOE Technology Group to develop panel-level chip packaging technology, in which chips are assembled on a display panel-like substrate instead of the usual wafer material, the people said. This novel approach is gaining popularity among new and existing industry players, such as Powertech Technology, the world’s largest provider of memory chip packaging services.

The moves are part of Huawei’s ongoing push to improve its overall chip capabilities. In 2021 alone, the firm’s investment arm – including Hubble Technology Investments – has acquired or increased stakes in more than 45 domestic tech companies, more than double the number in 2020, according to Nikkei Asia analysis. About 70 percent of the semiconductor-related suppliers it invested in last year range from chip developers and design tools to production equipment and materials.

Chip packaging, in particular, has become a major battleground for the world’s top chipmakers such as Samsung, Intel and TSMC as they seek to produce more powerful chips.

Previously, semiconductor development was focused on how to squeeze more transistors onto a chip—generally, more transistors translates into more computing power. But as the space between transistors shrinks to just a few nanometers, that approach becomes more difficult, leading some to predict the end of Moore’s Law, the assumption that the number of transistors on a chip doubles every two years.

In response, the world’s top chip makers and developers have begun to devote more resources to the previously neglected area of ??chip packaging, developing new ways of placing or stacking chips to improve performance.

“Most importantly, packaging. Packaging now even utilizes silicon processes [more broadly],” he said in a video address on Jan. 9 at the Intel Forum in Taipei, adding that chip packaging, along with cutting-edge production methods, will help the chip industry keep pace with or even exceed Moore’s Law over the next decade.

For Huawei, the appeal of this approach lies in the existence of multiple non-US suppliers of chip packaging equipment. That means Chinese companies have other options to develop self-reliant supply chains that are immune to U.S. sanctions. By contrast, the production line for advanced chip fabrication and fabrication is dominated by a handful of U.S. equipment makers, such as Applied Materials, Lam Research, and KLA.

Since it was first blacklisted by the United States in 2019, Huawei has never given up on its goal of boosting its chip capabilities, a core competency that has helped it become China’s largest technology company. Its semiconductor design arm, HiSilicon, enables Huawei to challenge Apple, Qualcomm and MediaTek in mobile processors and remains China’s largest chip developer.

According to an earlier report by Nikkei Asia, Huawei has aggressively invested in domestic semiconductor-related companies, especially in areas controlled by U.S. companies, in line with Beijing’s move to build secure, controllable supply chains amid ongoing U.S.-China tensions. The company has also expanded its talent search to Europe, Central Asia and Canada to keep its technology advancing.

Brady Wang, a technology analyst at Counterpoint Research, said Huawei has a track record of identifying and investing in key technologies over the long term, as it has done with mobile chips for more than a decade.

“It is natural that Huawei will further identify some key areas to advance its technology and bet on a new round of investment, especially if it is the worst victim of the current geopolitical conflict,” Wang said. “However, it is impossible for any company, country or region to be completely self-reliant. Putting the current US-China tensions in context, all countries, regions and companies definitely need to secure some key advantages and important technologies – such as how Japan has key Chip-making materials – they can later be used to negotiate or compete on the global stage.”

a version of this article First published by Nikkei Asia on January 12, 2022. ©2022 Nikkei Inc. All Rights Reserved