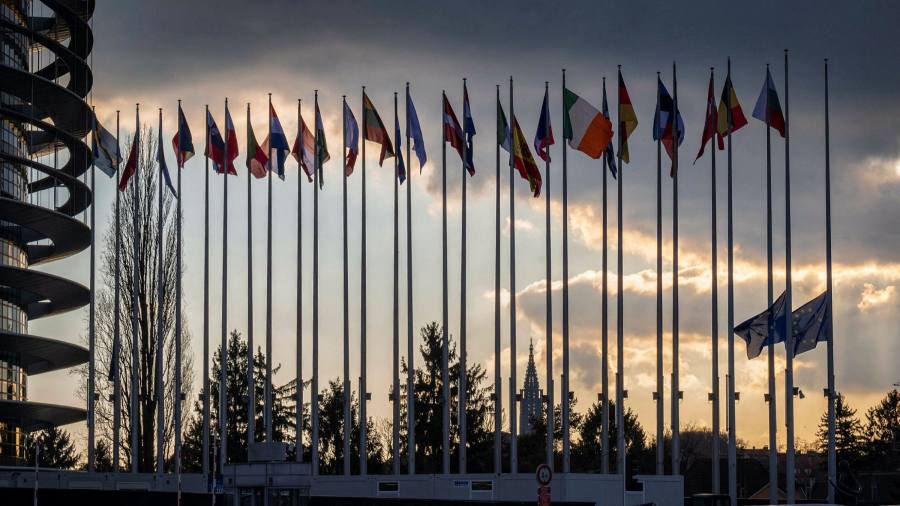 A week of elections and campaigns

This article is a live version of our newsletter for the week ahead.register here Get the newsletter straight to your inbox every Sunday

Hello and welcome to Workweek.

Political change is brewing. First, what we know will happen. The European Parliament will elect a new president by secret ballot on Monday.

it comes with death David Sassoli Last week, though the Italian Democratic Party was due to step down this week under a power-sharing deal with the center-right European People’s Party.He is likely to succeed Roberta Messora, a Maltese MEP selected by the EPP as its presidential candidate.

Then there are the huge unknowns surrounding the UK government’s “Partygate” scandal. This could be the week Sue Gray finishes her official report detailing what happened in certain events. It feels like the drinking puns are all but exhausted – someone must have dried up by now – but they seem all too fitting for a prime minister facing a shameful dismissal.Having said that, it’s a brave soul to bet against Boris Johnson’s extraordinary survival instincts, because This comprehensive analysis It was exposed by the FT’s political team last week.

Then there are outside forces threatening to overwhelm the government.Keep an eye out for further news on the front lines between Russia and Russia Ukraine, the latter marking its reunification day on Saturday (a day after the former commemorating the anniversary of Lenin’s death) will not ease tensions.

whether you think Global inflation soars be temporary or ingrained, A story about the rising cost of living There is a long way to go.

The release of consumer and producer price index data from Germany, the UK, Japan, Canada and Italy, as well as the ECB Governing Council’s December meeting minutes, will underpin this week’s installments.

The Bank of Japan holds its monthly meeting and is expected to raise growth and inflation forecasts but leave policy rates and other measures unchanged. The Fed goes into the “deep boudoir” ahead of the Jan. 26 FOMC meeting.

China is set to set its prime monthly lending rate, while Turkey is expected to keep rates unchanged – a relief for those hit by the lira’s collapse after a quick streak of 500bps cuts.

Earnings season is in full swing, U.S. markets expect Harvest. The pandemic has been a boom time for streaming services — and the trickle is felt More traditional industries.

Netflix Arguably had the strongest original content ever in Q4, with squid game The boom continues its run and highly anticipated launch of don’t look up.

But some analysts said the streaming pioneer may still struggle to meet the consensus estimate of 8.7 million new subscribers when it reports results on Thursday — largely because Competition intensifies from its peers, they have spend a lot of money About new TV shows and movies. Investment research firm MoffettNathanson last week lowered its forecast for Netflix’s fourth-quarter new subscribers to 8.6 million from 9.6 million.

As #techft lead writer Chris Nuttall writes in his Latest Newsletter. This is expected to be reflected in transaction updates Delivery Thursday.

Finally, here’s a rundown of other events and milestones this week.