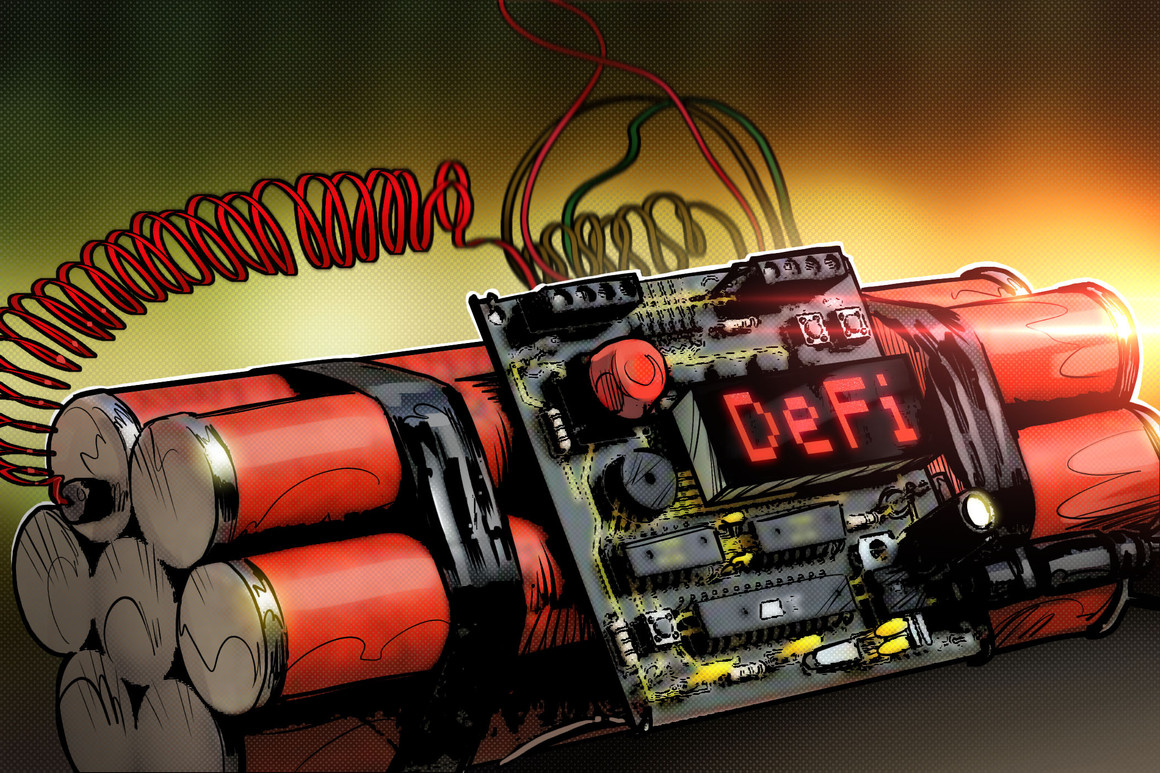 
As 2021 draws to a close, the main lineups in the DeFi field mainly include Synthetic Asset Platform (SAP)SAP is any platform that enables users to cast synthetic products, which are derivatives whose value is linked to existing assets in real time. As long as the oracle can provide reliable price information, the composite can represent any asset in the world and bear its price-whether it is stocks, commodities or encrypted assets.

Therefore, SAP finally bridges the gap between emerging DeFi platforms and traditional finance, allowing investors to bet on any asset anywhere, and all assets come from the comfort of their favorite blockchain ecosystem. SAP is decentralized and runs on the first layer of Ethereum, and seems to be the next major growth catalyst for cryptocurrencies. However, unlike sound currencies and verifiable artworks, in the world of mortgages, decentralization and secure ownership are only half of the equation.

In traditional finance, debt collateral instruments are one of the most famous financial assets in the world, with a cumulative valuation of almost 1 trillion US dollars. Most people know that they are mortgages-the etymology of the word can be traced back to 13th century France, and it literally means “death oath”. For ordinary people, this may be pathological or dramatic, but for millions of people who lost their retirement accounts, life savings, houses and livelihoods after the 2008 financial crisis, “death oaths” and “collateral damage” These two terms are not only appropriate, but the process of conveying pain and pain is the same for those who participate in a mortgage without first understanding the risks and consequences that come with it.

Here is a tricky problem: in order to obtain a loan, the debtor proposes collateral, which is locked in a contract with the creditor. If the debtor is unable to repay the debt, the creditor may seize the collateral. Unfortunately, repaying mortgage debt is not as simple as paying interest on time, because the value of the underlying collateral may deviate significantly with fluctuations in the broader market-such as the sudden collapse of the subprime mortgage sector in the United States. If the value of the debtor’s collateral is below a predetermined threshold, the creditor—whether it is a large bank or a decentralized agreement—has the right to possess and liquidate the collateral at market value in order to recover the outstanding loan principal. If the word “death vow” is unbearable, you might call it the most memorable thing in your life.

related: The US debt ceiling crisis: a catalyst for the ultimate decoupling of cryptocurrencies?

Whether it is issued on Wall Street or on the Ethereum blockchain, the risks involved in mortgage financial products cannot just be diversified. Liquidation triggers are fundamentally rooted in the volatility of the broader macroeconomic environment, which is beyond the control of developers and financiers.

Lessons from MakerDAO in the DeFi field

Take MakerDAO as an example. It is an unusually decentralized SAP, and its collateralized stablecoin DAI is closely linked to the US dollar. On the surface, Maker provides investors with an attractive opportunity to use their originally dormant cryptocurrency assets to mint synthetic U.S. dollars. Although DAI may be stable, the distributed mortgage pool that supports it consists of some of the most volatile assets in the world-namely Ether (Ethereum) And Bitcoin (Bitcoin).

In order to prevent the downturn in the crypto market from triggering large-scale liquidation, the Maker Agreement requires over-collateralization to reach 150%. In other words, users only receive two-thirds of their dollar-denominated agreement injection funds. This model neither attracts traders nor supports sufficient capital efficiency in the ecosystem.To make matters worse, the volatile crypto market proved that Maker’s high collateral requirements were insufficient in March 2020. Maker users of liquidation The total loss exceeded 6 million U.S. dollars.

Learning from Maker’s plight, the famous SAP has taken additional measures to prevent catastrophic large-scale liquidation on its platform. Or, to be more precise, they have taken more of the same measures: the mirroring agreement requires a mortgage level of up to 250%, while Synthetix requires users to provide a bold guarantee of 500%. Of course, this scale of over-collateralization is not enough to compete with traditional finance. In traditional finance, central brokers provide better indicators. But there is another problem.

For cryptocurrency traders who cannot accept excessive collateral requirements and liquidation risks, it makes more sense to abandon SAP completely and purchase synthetic stocks and commodities in the secondary market. Due to changes in demand, many synthetic products still have significant pricing premiums, which erodes the real-world parity they aim to maintain and pushes users back to traditional finance again, where they can buy less assets that they want Cheeky encryption mark.

The need for change

At this stage, DeFi has reached a plateau and is at a standstill. Meaningful progress requires a radical token management model that redefines the relationship between capital efficiency and risk exposure. As the eloquent Albert Einstein declared nearly a century ago:

“No problem can be solved by thinking at the same level of consciousness that created the problem.”

According to this agreement, SAP is still focusing on upgrading and enhancing the mortgage model-that is, optimizing the existing model. No one dares to set foot in a field of radical change.

With the dawn of 2022 and cryptocurrency entering the new year, innovative mortgage models will sweep DeFi. Users do not need to lock the excess collateral in the contract, but can burn the collateral at a uniform rate to forge synthetic products. This means a dollar for a dollar, a dollar for a dollar, one-to-one, and users get what they put in—and they will never be liquidated or a margin call.

The key element supporting this model is native tokens with elastic supply. When a user burns SAP’s native tokens to mint a composite for the first time, they hardly see any benefit. However, when the same user burns synthetic coins to re-mint native tokens on the way out, SAP’s burning and minting protocol works its magic. Any deviation between the user’s original burnt collateral and the minted composite will be handled by the agreement, which will slightly expand or contract the supply of native tokens to make up for the difference.

As a brand-new paradigm, the immediate collateral destruction model eliminates the shortcomings of liquidation and margin calls without reducing capital efficiency or price parity, which firstly empowers composites. In the coming year, as all creeds degenerate and digital calculators continue to pursue gains, the capital of the encrypted mass market will migrate to platforms that adopt various iterative destruction and minting mechanisms.

As the DeFi landscape undergoes the next major shift, everyone’s eyes will turn to liquidity management. Deep liquidity will be a key component, and it will enable SAP to facilitate a large number of exits from its ecosystem without unacceptable fluctuations. On the DeFi platform that has been focusing on collateral management in the past, liquidity management will distinguish DeFi’s next blue chip SAP from those that have not advanced.