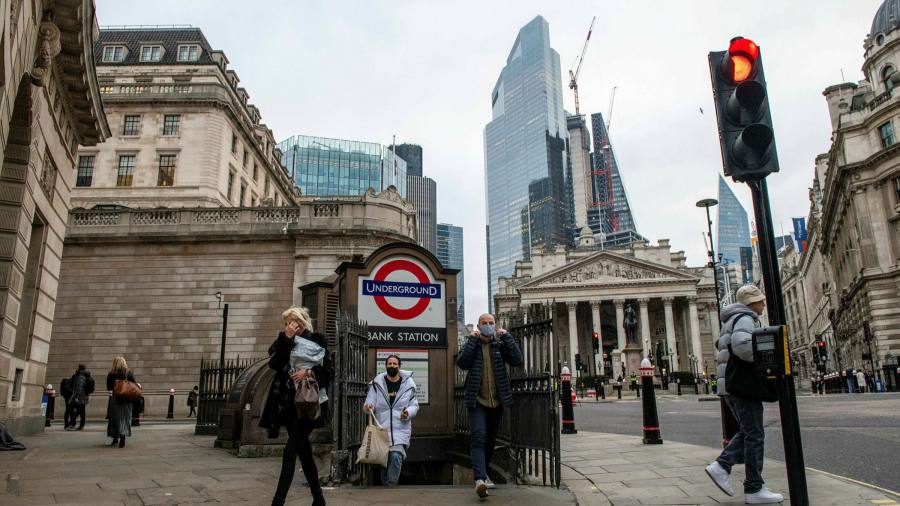 
The author is the chief market strategist for Europe, Middle East and Africa at JPMorgan Chase Asset Management

face uncertain Due to the Omicron variant of the new coronavirus, the Bank of England may choose not to raise interest rates this week. But assuming that the restrictions required to contain Omicron prove to be temporary and limited, then by 2022, many central banks in developed countries will begin the process of normalizing interest rates.

Once liftoff begins, the question always becomes how high can they fly?

According to the bond market, the answer is not very high. The market currently only expects the Fed to raise its benchmark interest rate to 1.6%. This is far more pessimistic than the Fed itself, which considers its long-term policy interest rate to be 2.5%.

Why is the bond market so pessimistic about how high policy interest rates can go?

As the economy matures, investors may point to long-term factors. In recent decades, demographic slowdown and weak productivity have weakened supply growth, which undoubtedly put downward pressure on interest rates. But since the pandemic, these long-term trends have not worsened. If anything, technological advancements driven by the pandemic may increase productivity.

Therefore, investors may rely on cyclical judgments. In view of the limited tightening of central banks in developed countries before the pandemic, I suspect that the experience of the past cycle has affected investors’ perceptions of the upcoming tightening cycle.

But for three reasons, I would caution against using the past cycle as a template for the upcoming tightening cycle.

First, the interest rate sensitivity of the household sector may have declined. This is due to reduced debt and more long-term low fixed-rate borrowing. In the United States, household debt as a percentage of GDP has fallen from 99% in 2007 to 79% today. A series of re-mortgage activities in the past two years has caused households to lock the 30-year fixed mortgage interest rate as low as 2.7%.

In the UK, household debt as a share of GDP fell from 97% to 87%. Households are increasingly turning to long-term fixed-rate borrowing. No matter how the Bank of England adjusts interest rates, the mortgage payments of these households will be protected.

Second, fiscal policy is stimulating growth and will continue to play a role in the coming years. This is in stark contrast to most of the past decade, when the top priority was to reduce the public debt accumulated after the financial crisis. The government has changed its attitude after the pandemic, and I don’t think it will resume austerity. They issued a record high level of debt at a record low interest rate, and no longer felt afraid of debt. Priorities have shifted to better rebuild and provide the infrastructure needed to facilitate the transition to a low-carbon economy. The United States, the Eurozone and the United Kingdom have announced large-scale multi-year investment plans.

Third, geopolitical uncertainty is unlikely to inhibit growth as it did in the last cycle. As early as 2018 when the Fed tried to raise interest rates, US President Donald Trump was caught in an unpredictable trade war with China. Most of the slowdown in economic activity that we saw during the last Fed tightening cycle occurred on the investment side, and I think this is more due to trade uncertainty than higher interest rates.

The situation in Europe is not much better. Brexit is a dark cloud for Britain and the European Union. This coincides with the lingering tensions between northern and southern Europe due to the sovereign debt crisis. Although there will be no geopolitical events in 2022, I don’t think any of them will be as destructive as what happened before the pandemic.

In short, in past cycles, high household debt, fiscal austerity, and geopolitical uncertainty have collectively suppressed demand. Therefore, the central bank does not have to exert too much additional pressure to slow down demand significantly.

But many previous braking forces now act as accelerators. The central bank may now have to brake harder.

Investors should be very clear about what this might mean for government bond positions. If I am right, then in the next few years, government bonds will prove to be not the “risk-free assets” traditionally considered in our portfolio.