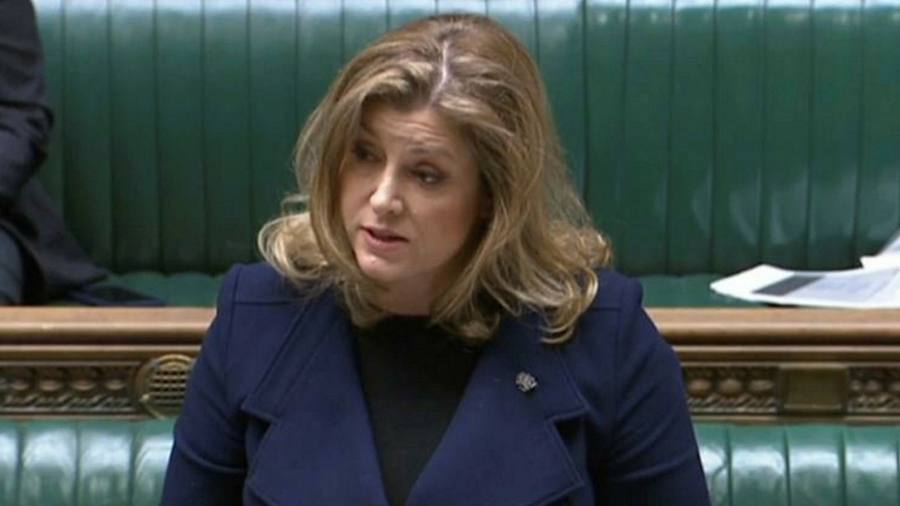 British Trade Minister Penny Mordant told the House of Commons on Thursday that the Johnson government would not accept this contact. “As far as the feelings of some people in the United States are concerned, this may be correct, but this is a false statement. These are two completely different issues,” she said.

Johnson’s spokesperson added that he “did not know” that the US government connected the two issues. “We are working closely with the Biden administration,” he said, adding that Washington is seeking to “defuse the problem.”

The British Secretary of State for International Trade, Anne-Marie Trevelyan, will travel to the United States on Monday for a three-day visit to New York and Washington. A Whitehall official confirmed that tariffs will be “one of the issues she will raise at the meeting,” including talks with Secretary of Commerce Gina Raimondo.

Trevelyan told members of Congress that she still hopes to reach a broad Anglo-US trade agreement. “We have always been clear that a good agreement is better than a fast agreement, and when the United States is ready to continue these discussions, we are here.”

British steelmakers warned that unless an agreement on Trump-era tariffs is reached within a few days, they will lose further sales to EU producers because their tariffs will be lifted on January 1. The two sides should “do their best” to reach an agreement, British Steel said in a statement.

“Since these tariffs took effect, our exports to the United States have fallen from 350,000 tons in 2018 to 200,000 tons in 2020,” it said. “Although many of our American customers support us, all parties must work together to reach an agreement to provide the UK with the same tariff-free quotas that the EU has already obtained.”

Johnson is facing pressure from Washington, Brussels and Paris, asking them not to trigger Article 16, which is a guarantee clause in the Northern Ireland Agreement, which takes precedence over part of the UK’s withdrawal from the European Union. British ministers stated that this is unlikely to happen before Christmas.

Democratic MPs in Washington have publicly warned that by threatening to trigger Article 16, the UK may disrupt trade relations and “hard-won peace.”

The British Prime Minister believes that the agreement needs to be revised to maintain the peace process. Unionists complained that the increase in trade border inspections from Britain to Northern Ireland put pressure on unions.

French President Emmanuel Macron said this week that the NI agreement is an “survival issue” for the European Union and an issue of “war and peace in Ireland.”

Downing Street responded on Thursday: “When it comes to agreements, considering the sensitivities involved, it is vital that we use careful and appropriate language.”

The talks between Lord David Frost, the Secretary of State for Brexit, and Marros Sevkovic, the Brexit Commissioner, will continue on Friday. The committee stated that although no progress has been made in the past six weeks, discussions will continue.

“We continue to work closely with the United Kingdom to find joint solutions to solve the practical problems facing the people of Northern Ireland. We work around the clock,” said a committee spokesperson. “I will not create a new deadline.”

Many EU member states are still preparing for Frost to trigger Article 16 after Christmas. “We will face the threat again in January. I don’t think American pressure will have an impact,” said an EU diplomat.