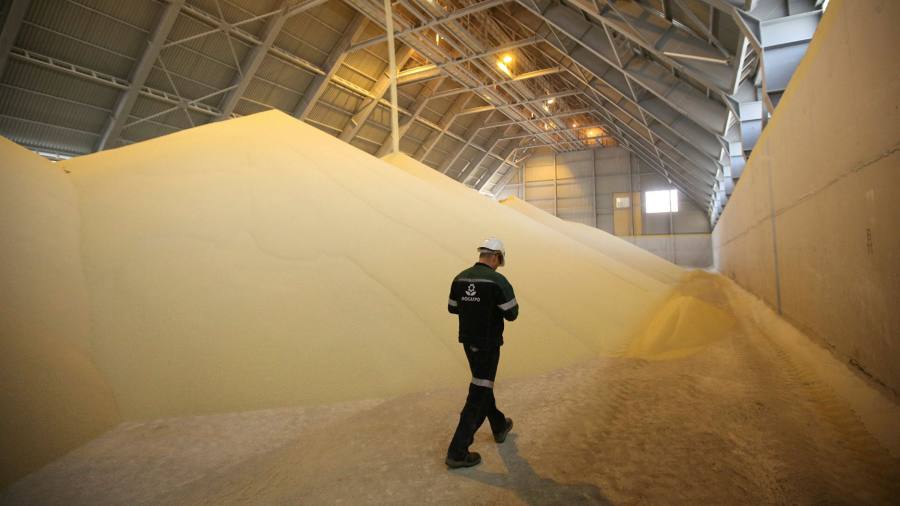 The problem goes beyond the direct threat of energy scarcity and even the possibility of alternating power outages in long-term cold weather.

Natural gas accounts for about 80% of the variable costs of basic nitrogen fertilizer components such as ammonia. Between January and March, the price of ammonia in Europe roughly tripled. Expensive chemical fertilizers put pressure on food supply.

Freezing in the dark when hungry will not make voters happy. At best, in the next year or two, European farmers will have to withstand the sharp increase in fertilizer prices, and may be stingy in fertilizing. This leads to a decline in crop yields, which in turn leads to an increase in food prices.

If European natural gas import prices remain high, part of its domestic fertilizer manufacturing industry may be closed for a long time, or even permanently. As early as October, the suffocating gas market caused companies such as Yara, BASF, CF Industries and Fertiberia to temporarily slash European fertilizer production.

No, this ability cannot simply be replaced by more intensive recycling of food waste, sewage or raw manure. Recycling in Europe has been quite effective.

It gets worse. Rising natural gas prices and shortages have affected the nitrogen content of farmers’ fertilizers. But now the prices of other major mineral fertilizers (such as phosphate and potash) and sulfur have also risen sharply.

Europe imports most of these raw materials, as well as more and more natural gas. However, foreign producers have been restricting exports this year to support domestic agriculture. China is the world’s largest producer of phosphate and has suspended or severely restricted the export of phosphorus-rich fertilizers since late July. The production cut is expected to continue until June next year.

Russia has announced the implementation of six-month export restrictions on nitrogen and phosphate fertilizers starting from December 1. This is actually a subsidy to domestic farms, which not only reduces domestic food prices, but also supports Russian grain exports.

Part of Russia’s and China’s phosphate exports will be filled by the Moroccan phosphate monopoly OCP. Even before demand increased, OCP’s profit before interest, taxes, depreciation and amortization surged by 48% in the first half of the year.

This is not the end of fertilizer trade restrictions affecting Europe. Up to now, the EU’s trade sanctions against the Lukashenko regime in Belarus do not include high-grade potash from mines owned by the state monopoly Belarusian company. However, the United States postponed sanctions on Belarus on December 8, aimed at cutting off almost all potash exports from Belarus-about one-fifth of the world’s supply.

Many Belarusian potash fertilizers are exported through Lithuania’s very prominent dedicated port facilities. This makes it difficult for Belarus to avoid sanctions through this channel. Belarus can be exported via Russian railway connections, but the country has its own important potash producer Uraline.

Some people would guess that Uraline and its friends will take care of their own interests first, which may include avoiding the US sanctions regime. With any possible increase in exports of urethane, part of the decline in Belarus’ market share can be compensated by an increase in potash shipments from the Canadian fertilizer group Nutrien, which has huge potash resources in Saskatchewan.

Nutrien’s third-quarter report released in October disclosed that its potash sales ebitda has increased by 131% this year. In anticipation of the sanctions against Belarus, Nutrien stated that it will “increase production to an annualized operating rate of 17 million tons in the fourth quarter.” Of course it is not free: the price of potash products sold by Nutrien outside North America has increased by 105% this year.

Of course, fertilizer prices have soared in the past, but they have fallen again as producers increase production capacity and farmers reduce fertilizer use. A peak similar to what we are seeing occurred in early 2008 and reached its peak a few months before the onset of the global financial crisis.

The difference this time is that, especially in Europe, climate policy means that there is no funding available for expansion of natural gas production. Farmers can reduce the application of potassium and phosphate in one or two seasons, but without nitrogen fertilizer, the yield will drop rapidly.

The problem of reducing carbon emissions while maintaining food production has not yet been resolved.