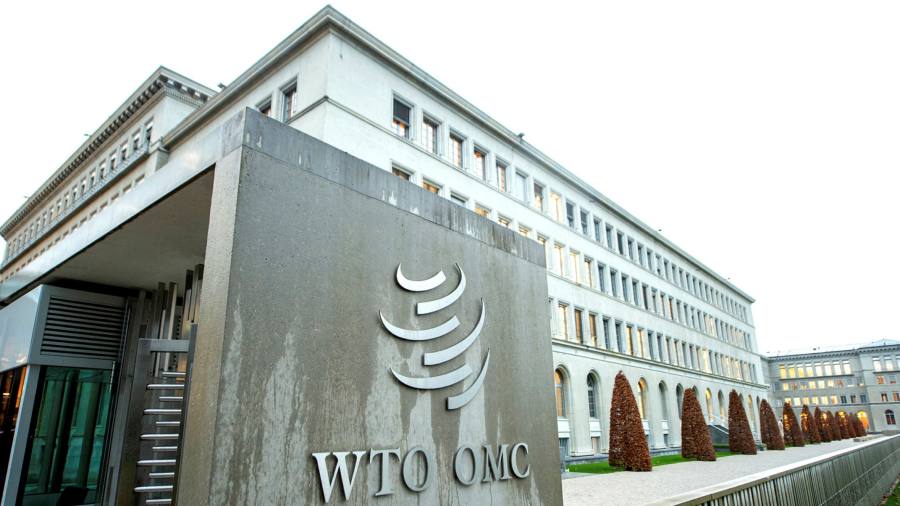 Ministers will control the future of international trade See you in Geneva next week. They have an excellent opportunity to breathe new life into the World Trade Organization.

Success can accelerate global economic recovery and promote climate action, while failure can lead to further fragmentation of the global trading system and weaken trust among its members.

The core mission of the WTO is to support rules-based international trade. Judging from many economic measures, it is successful. After joining the WTO, the trade volume of members has almost tripled on average. This in turn has helped hundreds of millions of people around the world lift themselves out of poverty.

In the European Union, international trade supports 38 million jobs-more than a decade ago this number reached a staggering 11 million.

However, now the WTO rulebook is seriously outdated. Its ability to arbitrate trade disputes has been paralyzed, and it is out of touch with current urgent tasks, such as actions to combat climate change and the expansion of digital trade.

An irrelevant WTO may lead to a system based on power relations that is harmful to everyone and no one benefits. This will also harm the interests of developing countries that are less integrated into global trade.

All our economies rely on international trade to recover, but the global rulebook needs to catch up with global realities in order to be truly effective.

At the biennial meeting (MC12) to be held next week, trade ministers can begin this much-needed reform process. But they must first stop avoiding each other and focus on feasible compromises.

MC12 can change the rules of the game and initiate a process to restore the WTO as a forum for negotiation and deliberation through a reformed dispute settlement mechanism.

The EU has always been in a leading position and issued a plan Earlier this year, it restarted the WTO-a sustainability-centric one-and worked hard to establish a reform alliance.

The broader EU to-do list is clear. Since the COP26 climate summit is still fresh in our minds, we believe that the global trading system must take more measures to protect our planet. At the MC12 meeting, real progress in sustainability was within reach, and an agreement was reached to protect the oceans and global fish stocks. Specifically, ministers can agree to eliminate harmful subsidies that lead to illegal fishing and overfishing.

The agreement is very close and will represent a victory for the economy and the environment, and at the same time send a strong signal that the WTO will resume operations. The EU is ready to make every effort to achieve results and is willing to accept new sustainability rules and eliminate subsidies for ships fishing in unregulated high seas. We hope that other countries will do the same.

A successful MC12 must also prove that WTO can help fight Covid-19.The EU has credibility on this issue: we have Export More than half of our vaccine production.

We hope to see WTO members jointly commit to keeping the supply chain open and helping every citizen of the world to be vaccinated. We also need to ensure that we are prepared for future epidemics. This is why the EU is committed to helping increase regional production capacity, especially in Africa.

certainly, intellectual property It must also be part of the global response. The EU is actively working in this field and advocates targeted abandonment of compulsory licenses. This solution can promote the production of vaccines and other basic health products, while retaining incentives for innovation and investment, which are vital to continents such as Africa. We still hope to reach a consensus on this critical issue in the next few days.

On the economic front, the door to an agreement on service regulation is also open. The OECD estimates that this can save 140 billion U.S. dollars in trade costs and bring another gratifying impetus to the global recovery.

The stakes are high. A real breakthrough is possible, but only if there is sufficient political will and a common sense of urgency. The EU will not be found lacking, but we need others to play a role.

Failure to do so would represent an unreasonable negligence towards our citizens, our workers, and the hope for a truly sustainable global recovery.