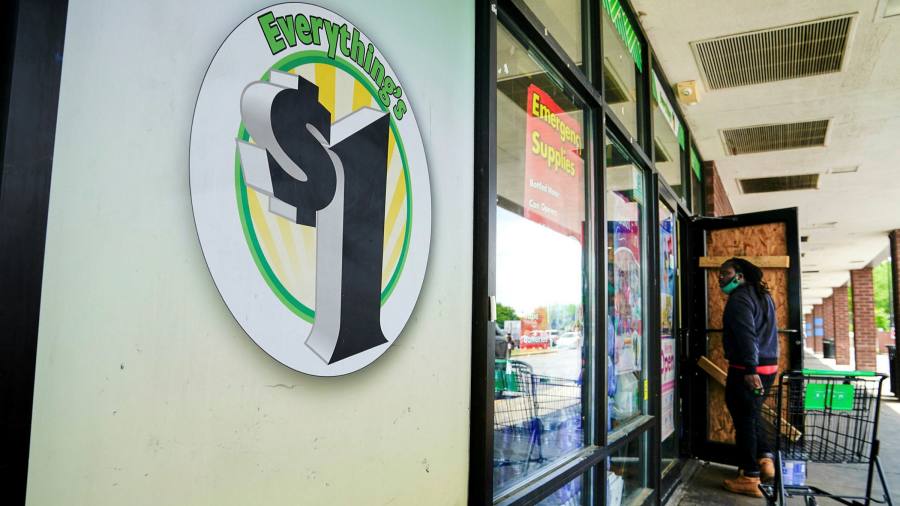 As inflation swept the retail industry, Dollar Tree raised most of its prices to $1.25


The rapid inflation of the U.S. economy has affected the discount chain Dollar Tree, known for its “everything is $1” slogan. The company announced on Tuesday that it would increase the price of most products to $1.25.

The U.S. retailer plans to increase prices in more than 2,000 stores in December and complete sales of $1.25 in all its nearly 8,000 stores by the end of the first fiscal quarter next year. Dollar Tree sells a wide range of household items, from paper plates to toothbrushes to Christmas decorations.

Supply chain bottlenecks have pushed up manufacturing and transportation costs in the United States.Many retailers have been passing on these higher costs to customers, pushing Consumer price It grew by 6.2% in October, the fastest annual growth rate in three years.

Dollar Tree, which is listed in New York, said when announcing the price increase, “the cost of goods including freight and distribution costs has increased at a record high, and operating costs such as wage increases have increased.”

The company stated: “For 35 years, Dollar Tree has maintained its value of one dollar during an inflationary period.” However, “now is the right time to get rid of the $1.00 price limit in order to continue to provide customers with extreme value,” it added.

Dollar store Although other brick-and-mortar chains have shifted their focus to e-commerce, they have sprung up all over the United States in order to meet the needs of budget-conscious shoppers. Dollar Tree, including its independent Family Dollar chain, operates more than 15,900 locations in total and competes with competitors including Dollar General, which sells goods at various price points in more than 17,000 locations.

Guided by the same founding principles of Dollar Tree, we will unremittingly strive to provide our customers with the best value.

Dollar Tree stated that the increase to US$1.25 will enable stores to sell more types of goods, and pointed out that in the past, some popular products had to be discontinued because they could no longer be sold for US$1.

The price changes were carried out after the testing phase launched in September, which has been introduced to more than 200 stores.

According to the company, when Dollar Tree polled shoppers, 77% said they were almost immediately aware of the price increase. But 91% of respondents said they will continue to shop at Dollar Tree with the same or more frequency.

“Under the guidance of Dollar Tree’s same founding principles, we will relentlessly strive to provide our customers with the best possible value,” said Dollar Tree CEO Michael Witynski.

Dollar Tree’s financial results for the third quarter showed that in the three months to the end of October, net sales increased by 3.9% year-on-year, while profits fell due to higher-than-expected freight costs.

Dollar Tree stated that price increases are “permanent and not a response to short-term or temporary market conditions”. The company pointed out that it believes that most of the current shipping challenges are temporary.