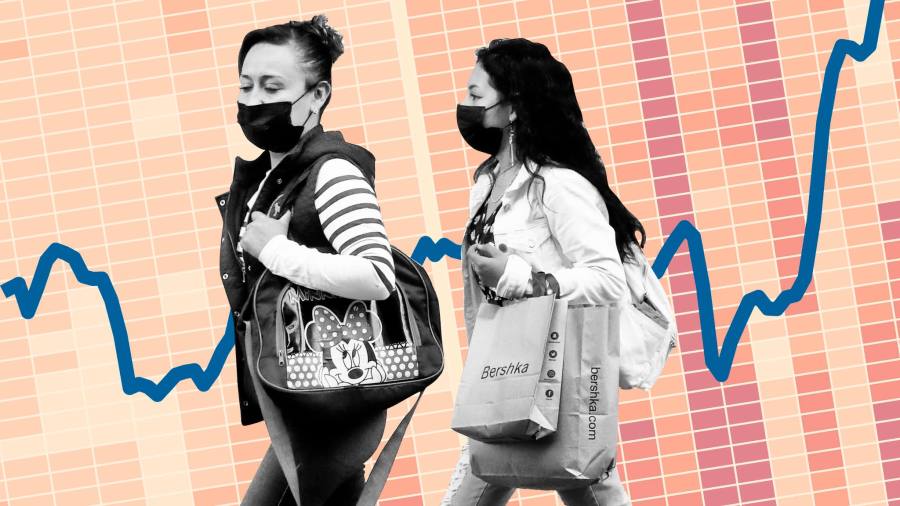 Inflation surged unexpectedly in the chart


With soaring energy costs, strong demand and supply chain disruptions, and other factors have jointly promoted price increases, which have exceeded economists’ expectations a few months ago, high inflation is rapidly becoming a global trend.

In the United States, Canada, the United Kingdom and the Eurozone, the consumer price index rose in October at the fastest rate in 30 years. In emerging markets such as Turkey, Brazil and Argentina, inflation rates have reached double digits.

Only in parts of the Asia-Pacific region, such as countries such as China, Japan and Indonesia, consumer price inflation remains relatively low. But economists say that even so, inflation trends are rising.

Sylvain Broyer, an economist at the rating agency Standard & Poor’s (S&P), said: “In general, the countries where the inflation rate fell the most last year, such as the United States and Germany, are rising.” In Emerging economies are also growing particularly fast. In these economies, currency depreciation causes local prices to rise.

The soaring inflation surprised many economists. According to data from Consensus Economics, a company that tracks leading forecasters, in some countries, including the United States, Canada, the Eurozone, Brazil and Peru, inflation forecasts for this year have doubled in just a few months.

HSBC global economist James Pomeroy said: “Economists have been troubled by some things-energy prices are known to be unpredictable, and even if the economy reopens, demand for commodities will still exist.”

Most economists still expect that as the impact of one-time price increases fades, inflation will fall from current levels next year. However, they also expect inflation to last longer than previously expected, and are raising their forecast for 2022.

In the long run, the increase in consumer prices is far below the level reached in the 1970s and early 1980s, when the annual inflation rate of the 38 OECD countries reached 15% or more.

Even so, the obvious trend is a sharp rise, which will damage the pocketbooks of consumers and may slow down the economic recovery.

The one exception to the overall model is the Asia-Pacific region. There, mainly due to weak domestic demand and a stable currency, consumer prices are expected to rise by less than 2% as a whole this year. In Japan, prices stagnated after falling for most of the year.

According to Ben May, a global economist at the Oxford Economics Institute, consumer prices “are not that high in the Asia-Pacific region.” The same is true in China, where the company absorbed 13.5% Soaring producer prices Instead of passing on higher costs to consumers.

However, even there, the number of countries with rising inflation rates is increasing almost every day.

As of September, about two-thirds of the 100 countries and regions tracked by Consensus Economics expect inflation to reach 2% or higher this year. A few months ago, less than half of the people were expected to exceed this level. Similarly, the number of countries that are expected to experience high inflation next year is also rapidly increasing.

One of the main factors that generally push up prices is Energy costs surge.

Across the OECD, consumer energy prices rose at an annual rate of nearly 20% in September, the fastest increase since 2008 and five times the overall inflation rate. This in turn affected other prices.

Compared with the previous year, the food inflation rate in September also rose by 1 percentage point to 4.5%.

But even excluding food and energy inflation, OECD consumer inflation doubled in the same period to 3.2%.

HSBC’s Pomeroy said: “Rising energy prices are affecting the entire economy-pushing up the costs of other raw materials and then increasing those costs.”

The big question is whether the current surge in inflation is temporary or longer-lasting. Much depends on whether price increases will lead to unsustainable wage growth.

However, Standard & Poor’s Broyer said that so far, there is little evidence that this will happen “no matter what indicator you look at.”