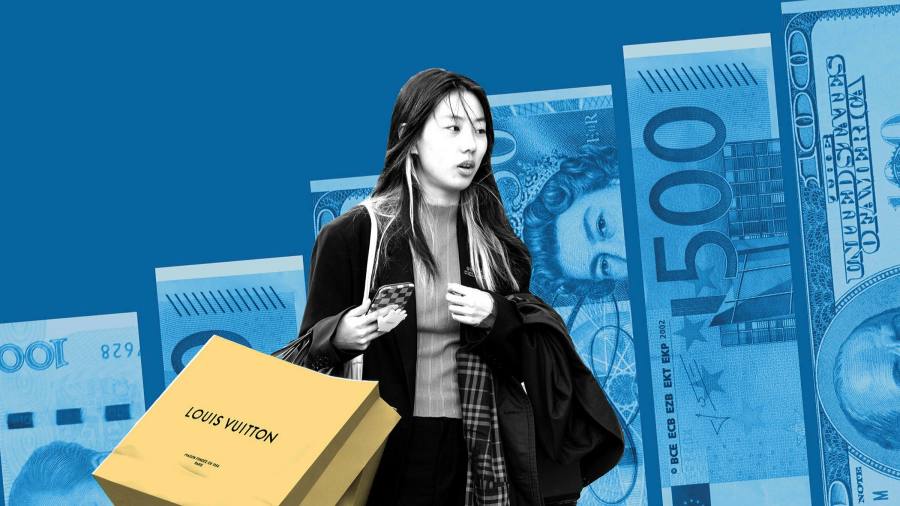 Inflation: is now the time to get worried?


Giving evidence in the historic setting of a wood-panelled room in the UK parliament on Monday, Andrew Bailey, governor of the Bank of England, was facing questions from MPs concerned that the nation was going back to the bad old days of high inflation. “We are a very long way from the 1970s,” Bailey scoffed, highlighting the differences to an era when inflation hit 24.2 per cent in 1975.

The central banker was lucky that none of the parliamentarians had asked whether there were lessons to be learnt from the late 1960s, when the nation first began to lose control of prices in the postwar period, an era that some economists argue is being repeated now.

Two days later, that historical parallel was amplified when the strength of new inflation figures surprised the BoE again. Prices in the UK were 4.2 per cent higher in October than a year earlier, the fastest rate of inflation for a decade, more than double the bank’s target and almost twice its forecast as recently as six months ago.

Britain is far from alone. With inflation at multi-decade highs in the US, Germany and other advanced economies, the subject has shot to the top of the economic agenda so rapidly that what was a niche concern at the start of 2021 is now at the heart of politics. “For the first time in 30 years,” says Randy Kroszner, deputy dean of the Chicago Booth School of Business and a former Federal Reserve governor, “inflation has become the salient political issue.”

Central bankers are facing criticism that they have lost control, politicians are blamed for a cost of living crisis and households sit at the sharp end, having to juggle higher food, fuel, energy, housing and general prices in a still uncertain economic environment.

Few parts of the world are now free from worry about inflation, says Janet Henry, global chief economist at HSBC. “Global inflation is a consequence of an unexpectedly strong rebound in global demand against a backdrop of constrained supply,” she adds.

This prognosis is almost universally accepted. But as Henry swiftly acknowledges, the diagnosis of excess demand in 2021 does not reveal whether the same inflationary pressures will persist or whether they will fade away, much as they did in 2011 after a global surge in food prices.

That is where the real disagreements lie and central bankers, politicians and economists are increasingly forced to take sides. While the positions are not mutually exclusive, when it comes to inflation, “team transitory” is in an increasingly fierce battle with “team permanent”.

Larry Summers, Treasury secretary under President Barack Obama, said this week it was “past time for ‘team transitory’ to stand down”.

The stakes are high. If policymakers wrongly fear that high inflation is again becoming ingrained into people’s normal lives, they will clamp down too hard on spending, weakening economies as they emerge from Covid-19, lowering incomes and destroying jobs. But if they fail to realise the true threat of persistent inflation, they will be forced to take tougher action later to eliminate the danger, just as happened towards the end of the 1960s with equally serious consequences.

In advanced economies, forecasts for average inflation in 2021 and for 2022 have marched higher this year as economists have been surprised by the degree of price increases.

In the US, the average inflation forecasts for 2021, compiled by Consensus Economics, began to rise sharply from 2 per cent in January to 4.5 per cent now. For 2022, the forecasts have risen from just over 2 per cent to 3.7 per cent. Similar forecast upgrades to inflation have been seen in the rest of the G7 with the exception of Japan, although they are now creeping up even there.

The case put forward by team transitory is that these spikes in inflation will soon subside because they have been caused by one-off disruptions to supply or special factors that will soon abate, leaving this episode as just an unfortunate but temporary squeeze on household incomes.

A Bank for International Settlements study this week highlighted how “pandemic-induced supply disruptions have clearly been a major cause of bottlenecks”, gumming up ports, creating shortages of key components in many manufactured goods and causing labour shortages when people had to isolate as a result of the virus. The authors, Daniel Rees and Phurichai Rungcharoenkitkul, added that a “bullwhip effect” of manufacturers hoarding some of these components when they could get their hands on them had exacerbated the problem for others.

But once these bottlenecks are resolved, say the authors, prices will not continue to rise and might even reverse, limiting the period of inflation. This requires vigilance and nerve on behalf of the authorities to ensure households and companies do not expect inflation to persist and build those beliefs into their wage demands and pricing decisions. Team transitory, however, say the evidence for higher inflation expectations is weak and a small rise would, in any case, be beneficial because inflation expectations were too low pre-pandemic.

Gita Gopinath, chief economist of the IMF, says that central banks were right to be cautious about dealing with high inflation because “we want to solve a problem that we’ve also been fighting the past decade, which is of too low inflation”.

European central bankers stress that energy prices are likely to be temporarily high as a result of a shortfall in natural gas in storage, a lack of wind this autumn and geopolitical events such as the tension between Russia and Ukraine that has threatened gas supplies this winter. Things that are largely beyond their control. And these will act as a tax on incomes, reducing demand.

Such one-off pressures have led Christine Lagarde, president of the European Central Bank, to argue against raising interest rates to deal with inflation. On Friday, she said: “We must not rush into a premature tightening when faced with passing or supply-driven inflation shocks.”

Lydia Boussour, senior US economist at Oxford Economics, says that even in the US, a coming improvement in the supply of goods and labour will bear down on inflation next year. “We continue to believe the ‘triple P’ of pricing power, productivity and [labour force] participation will limit the risk of a price-wage inflation spiral,” she says.

Most economists in “team permanent” do not dismiss these arguments and accept a transitory nature of some of the price rises, but warn that the temporary factors pushing prices higher are not the only force at work.

Thomas Philippon, professor of finance at New York University Stern School of Business, says it is “only natural” for people to look first at individual price changes, but when it comes to the broader inflation, especially in the US, “it is not correct”, because it does not reflect the excess demand that exists.

“When you hear ‘Why should the Fed react?’, ‘How would that help improve supply chains?’ suddenly you realise how people could get it so wrong in the 1970s,” he adds, referring to the policy mistakes in history when the authorities in most countries misdiagnosed oil price shocks as transitory, allowing price rises to become the norm that everyone expected.

For team permanent, increasing concerns about the persistence of inflation stem from the sharp rebound in spending, often influenced by very large fiscal stimulus from the pandemic. This has not been met by an adequate supply of goods or labour, or sufficient damping from monetary policy, which is failing to temper demand.

Regardless of supply bottlenecks, global demand for all goods and for components where there are shortfalls is at record levels, with supply of semiconductors, a product with severe shortages, well above 2019 levels.

Jason Furman, professor of economics at the Kennedy School of Government at Harvard University and a former adviser to Obama, warns that the supply chain arguments are “greatly overstated”.

“There have been some worsening of supply chains, like in microchips. But most of what people talk about with ‘supply chains’ is actually a huge increase in demand that does not elicit a commensurately huge increase in supply so drives prices higher. That is what is happening with global shipping and logistics where volumes are up, just not as much as people would like them to increase,” he says.

With signs that some older workers have left the labour market for good in what is becoming known as the “great resignation”, these high levels of spending are adding to pressures in many countries, in moves that are unlikely to be transitory.

Team permanent has central bankers in its sights, accusing them of making a large policy error in keeping the monetary stance in their economies on emergency footing when levels of spending have been far higher than anticipated at the start of the year.

“Real consumer spending [in the US] is back to the pre-Covid trend, something that never happened after the global financial crisis,” says Robin Brooks, chief economist of the Institute of International Finance, attributing the recovery to a fiscal and monetary policy response that had been “so much bigger and faster”.

But he accepts the picture globally is not consistent, with the US most clearly in the spotlight for having the strongest private demand and Japan least affected.

Even if the picture is not as stark outside the US, economists who worry that central banks are still underestimating the level and persistence of inflationary pressures are now calling for tighter policy — scaling back programmes of asset purchases and earlier interest rate rises to take the policy foot off the accelerator and gently discourage spending.

This is the cautious approach, they say, because central bank credibility in price control takes years to gain but can be lost rapidly.

Ricardo Reis, a professor at the London School of Economics, says that the key test now is “how credible and strong are the central banks’ commitment to bring inflation down to target”.

The outlook is uncertain, he says, but that does not excuse central bankers from the difficult decisions they have to take. With a bit of luck and skill, their analysis and their commitment to price stability will not be tested, he adds. But these are difficult times and good luck is not guaranteed.

“With some bad luck?.?.?.?central banks will continue as this year prioritising employment and financial stability over inflation, people will definitely lose trust that they are serious about keeping inflation low, wage bargains will start including cost of living adjustments, and we will move to a high inflation regime.”

That would undermine the trust in the value of money, something hundreds of millions of people in advanced economies have not had to worry about for the past 30 years.