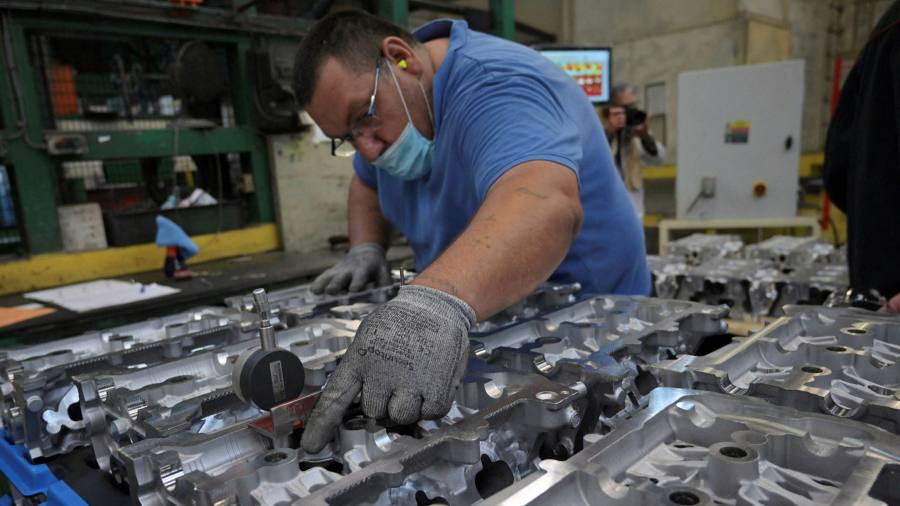 The imminent mismatch between EU climate ambitions and mineral supply


The EU has long hoped to be a global leader in climate issues, and its goal of reducing net greenhouse gas emissions by 55% by 2030 is the benchmark for decisive global action.

But Brussels has not shown the same boldness in its industrial policy to ensure the sustainable supply of upstream metals needed to achieve this goal. Its growing dependence on metals may disrupt the development of new clean energy value chains.

The International Energy Agency warned this year that there is a “mismatch” between climate ambitions and mineral supply. Unless it changes course quickly and completely, Europe will face a long list of serious metal supply challenges in the next decade.

The first is magnesium, of which Europe may completely run out of supply later this month, leading to the imminent cessation of aluminum alloy production. This means that Europe will not be able to manufacture light cars, aerospace components, etc.

The background story is an avoidable dependency. Although Europe had a huge magnesium industry before the early 2000s, past industrial policy decisions meant that the production of more polluted Chinese imports was lost.

Europe today faces similar dependence on China in other energy transition metals, such as rare earths used in electric cars and wind turbines, and germanium, gallium and indium needed to restart solar panel production. It is also unable to solve the main environmental and social impacts brought about by its production.

Five years later, the second metal challenge is imminent, after which Europe faces the risk of a shortage of lithium and other battery materials.

Wood Mackenzie said that by 2030, the world will need eight times more lithium to supply electric car batteries. However, currently announced global mining projects can only meet about one-third of this huge demand.

There is no quick solution because it may take up to 10 years to open a new mine. Unsurprisingly, today’s lithium battery market has been in short supply. After years of decline, the price of electric vehicle batteries has become higher and higher.

Last year, with the launch of the European Raw Materials Alliance, Europe became aware of this danger in order to stimulate domestic investment and global partnerships. However, China is at least ten years ahead, has 80% of the world’s battery metal refining capacity, and has invested more in ensuring the world’s mine supply than any other country.

The third metal challenge in Europe is the risk of new dependence by the end of the decade. Take aluminum. According to the World Bank, the energy transition will require more aluminum than any other strategic metal-for light vehicles, power grids, and solar panels.

However, what is shocking is that during the same period, Europe lost a third of its primary aluminum production. Today, European producers are struggling with China’s overcapacity, high carbon dumping and high electricity prices, while investing heavily in decarbonization.

In May of this year, Brussels imposed anti-dumping duties on semi-finished aluminum products in order to compete on an equal footing with Chinese competitors. This was a long overdue attempt. Then, in September, despite the obvious evidence of significant damage, these identical anti-dumping duties were suspended for nine months.

Short-term decisions like these may repeat the mistakes of the past at the expense of upstream industries in the region. Aluminum cannot be the next magnesium in Europe.

To solve the increasingly serious metal problem in Europe, large-scale changes in industrial policy are required in three areas of action.

First, Europe needs to recognize that under suitable environmental and social conditions, there is an urgent need for more mining and refining of strategic metals. This must be supported by a clear domestic and international sustainable mineral procurement and financing strategy.

Second, the African continent needs to deal with its dependence on Chinese monopolies and evaluate other ways forward — from supply diversification to production backflow — while maintaining strong and consistent trade defense tools to prevent further production leakage.

Third, Brussels needs to recognize that the energy transition will pose a huge challenge to power-intensive metal producers to decarbonize themselves. The European Union must protect its industries from rising energy prices while providing the massive amounts of affordable carbon-free electricity needed to produce Europe’s future sustainable metals.

The metals industry is a voluntary partner in Europe’s ambitious economic decarbonization plan. We now need Brussels to formulate effective industrial policies to help us realize this ambition.

Guy Thiran is the Director General of Eurometaux