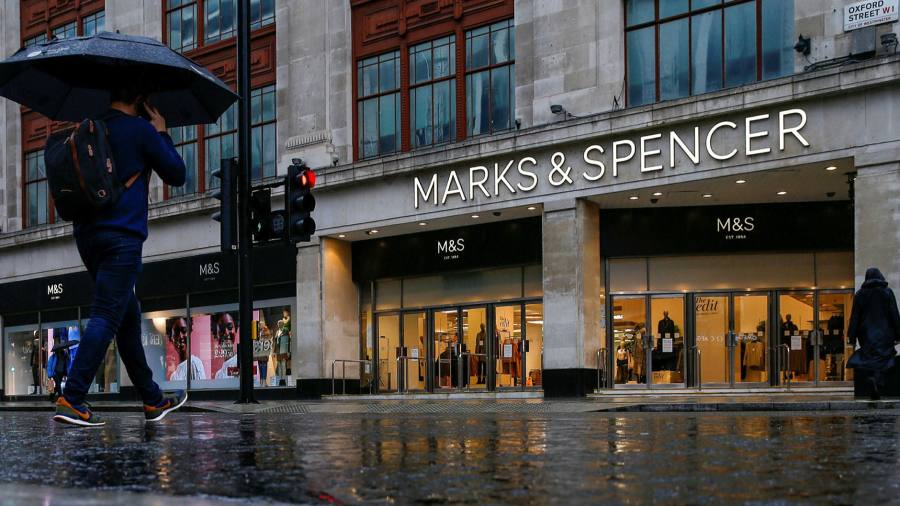 
One of the UK’s leading food retailers warned the British government that the EU’s proposal to resolve the dispute over Northern Ireland’s post-Brexit trade rules could increase rather than reduce the administrative burden on goods imported into the region.

Marks and Spencer Chairman Archie Norman stated in a letter to the Brexit Secretary Lord David Frost that the Brussels proposal “may lead to friction and cost deterioration, as well as a high degree of ambiguity and scope of disputes.”

Frost is leading negotiations with EU Brexit Commissioner Maros Sefcovic to try to resolve the deadlock. The United Kingdom is seeking to rewrite the Northern Ireland agreement protocol, which will keep the region in the EU’s single commodity market to prevent the restoration of the North-South trade border on the island of Ireland.

If there is no solution, the UK threatens to trigger Article 16. If both parties believe that the Brexit agreement has caused “serious economic, social or environmental difficulties” or “trade diversion”, either party can use the guarantee clause.

In the proposal submitted in October, the European Commission provided more lenient inspections on goods from the United Kingdom to Northern Ireland, but only if these goods must be clearly marked for consumption in the region.

Norman said that for 90 million M&S products shipped from the mainland to Northern Ireland, labeling requirements would add an additional £9 million in additional costs each year. The letter also warned that according to the EU’s proposal, veterinarians must still prove that 95% of the food they transport through the Irish Sea meets the requirements, thereby increasing the transportation time of “at least four hours a day”.

Norman said that, along with other inspections, this will result in fresh goods arriving at the store 45 hours longer than when the United Kingdom was a member of the European Union. He added that as a result, Marks and Spencer may have to stop sending some product lines to Northern Ireland.

Norman said: “A detailed review shows us that the cost of implementing these proposals may ultimately be higher than the cost of comprehensive customs control in the EU.” On the contrary, he called for the establishment of a “risk-based system” that would limit the use of digital technologies for commodities. Inspection of.

Obviously, Article 16 does not provide the stability and certainty that Northern Ireland needs.

Norman made the above comments when he was a member of the Conservative Party from 1997 to 2005, at a time when British and EU officials continued to negotiate to prevent the United Kingdom from triggering Article 16 of the Northern Ireland Protocol, which governs the relationship between Northern Ireland and the rest of the United Kingdom. Trade.

During his visit to the region on Wednesday, Frost said that Article 16 that would suspend many inspections of goods is still under discussion and urged the EU not to retaliate if triggered.

“If we use Article 16, it is to make the flow of trade within the UK more free. I don’t think the EU’s response to sanctions, retaliation, or making trade more difficult is helpful. I don’t understand why this helps the situation. “Frost told BBC Ulster Radio.

M&S and two other British food retailers-Tesco and Iceland-have stores in the Republic of Ireland and the North. They are mainly from the UK, but M&S ??handles more bureaucratic work than their two competitors, because the vast majority of it sells private label products.

The UK-based retailer is currently supplying goods to shops in Northern Ireland in accordance with a series of temporary “easyments” unilaterally extended by the British government to reduce border friction, Brussels reluctantly agreed. Norman hopes to extend these until the middle of next year.

Frost has been seeking commercial support for his hard line. However, although many people in Northern Ireland agree that Sefcovic’s proposal requires major improvements, there is no agreement on the pros and cons of triggering Article 16.

“It is clear that Article 16 does not provide the stability and certainty that Northern Ireland needs,” said Aodhán Connolly, head of the Northern Ireland Retail Federation. “Where there is conversation, there is hope.”

Glyn Roberts, CEO of Retail NI, which consists of 1,800 independent retailers and wholesalers in Northern Ireland, said that there is a danger of “poisoning wells” in citing this article.

When asked whether he was as optimistic as the Irish Foreign Minister Simon Coviny that the agreement dispute could be resolved by Christmas, Frost said: “I think it can be done. Will it be done? A different question.”