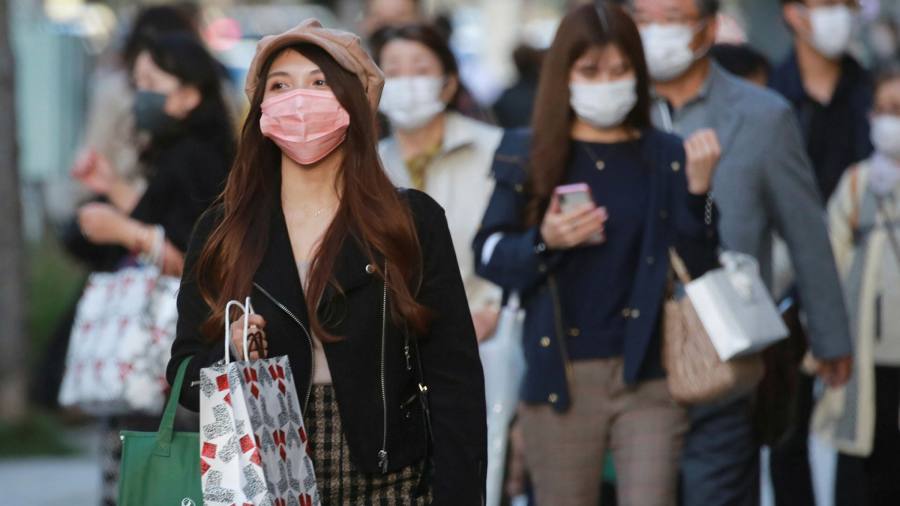 
After the government spends heavily to fight the coronavirus pandemic, the risk of overheating the economy may cause growing concerns in the United States and Europe, but Japan is working to solve the opposite problem.

Asia’s largest developed economy has spent 88 trillion yen (770 billion US dollars) Fiscal stimulusSince the outbreak of Covid-19 in 2020, it has accounted for nearly 17% of GDP.

But as many parts of the world are recovering and weighing options for easing stimulus amid rising inflation concerns, Japanese Prime Minister Fumio Kishida is preparing Direct cash distribution As part of a huge economic plan to be announced on Friday, a subsidy of 100,000 yen ($872) will be provided to families with children under the age of 18.

The challenge, however, is that the stimulus checks issued in the past have little effect on boosting consumption and inflation in Japan, and there are few signs that the results will be different this time.

However, concerns about additional stimulus measures are mainly due to Japan’s huge debt burden which has reached 266% of its GDP.

The Governor of the Bank of Japan Haruhiko Kuroda predicts that the inflation rate will only rise to about 1% by the middle of next year, so there is little concern about overheating.

Analysts said that the greater focus of the new package should be targeted investment in areas such as labor and public health infrastructure to promote long-term economic growth.

Adam Posen, director of the Peterson Institute for International Economics, said: “This is not the best design plan that the Japanese government can take, nor is it the best time plan.”

Direct cash payment is not even popular with the Japanese public. Opinion surveys show that most respondents question the reasons for using checks and vouchers to support families with children under 18 years of age.

Kishida tried to ease criticism of wasteful spending by setting an income ceiling, but the impact was limited because about 90% of families with children still received checks.

Akihiro Morishige, a senior researcher at the Mitsubishi Research Institute, said: “Whether there are children is not an effective measure to measure which families are infected with the coronavirus.”

When a check of 100,000 yen was distributed to every Japanese citizen in May last year, analysts estimated that about 70% of the money ended up in bank savings.

“Even if about 30% of the 2 trillion yen allocated to families with children this time is spent, it will not have much effect on boosting overall consumption,” Moriju added.

The second problem with the government’s economic plan is timing. According to reports, the plan will include more than 40 trillion yen (350 billion U.S. dollars) in fiscal expenditures.

Compared with other economically developed countries, Japan has recovered more slowly from Covid-19 contract Due to the disruption of the global supply chain, the annualized growth rate in the third quarter was 3%.

But even without new stimulus measures, most economists predict that due to the removal of Covid-19 restrictions, high vaccination rates and a sharp decline in the number of cases, there will be a strong rebound in the last three months of this year.

Critics say that politics is the main reason for the late launch of the economic plan. As Japan responded to a record rise in Covid-19 cases and hosted the unpopular Tokyo Olympics, the topic of stimulating inspections emerged in the summer.

However, implementation was delayed, when Suga Yoshihide The resignation of the prime minister started a leadership contest among the ruling Liberal Democratic Party.

After Kishida won the game in September, he called Referendum In October, the sending of direct payment was further postponed. Some checks will be delivered before the end of the year, but most will arrive in the first quarter of 2022.

“The time lag of the stimulus has appeared in a very bad way,” said Kiichi Murashima, a Japanese economist at Citigroup. “It really feels like a policy made during the election.” 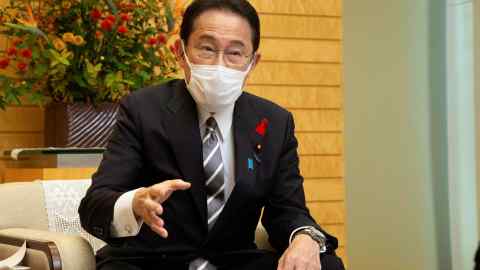 There are also technical difficulties in providing irritating tests to those hardest hit by the virus outbreak.

In addition to families with children, Kishida also said that the money will be provided to troubled low-income families, temporary workers and students.

But Morishige said that the Japanese government and local authorities lack a digital identification system that allows them to grasp real-time income data of citizens. This makes it more difficult for officials to effectively target citizens most affected by the disaster.

Analysts say this is part of the reason why the economic plan is expected to include a measure to reward points for those who have registered for the unpopular My Number ID card system, which will allow the authorities to build a digital infrastructure.

In addition to the stimulus check against Covid-19, the package will also include subsidies for small and medium-sized enterprises and financial support for rising energy prices.

It is expected that Friday’s announcement will also include investment in the country’s $90 billion university endowment fund, funds to strengthen the semiconductor supply chain, and tax relief to promote wage increases.