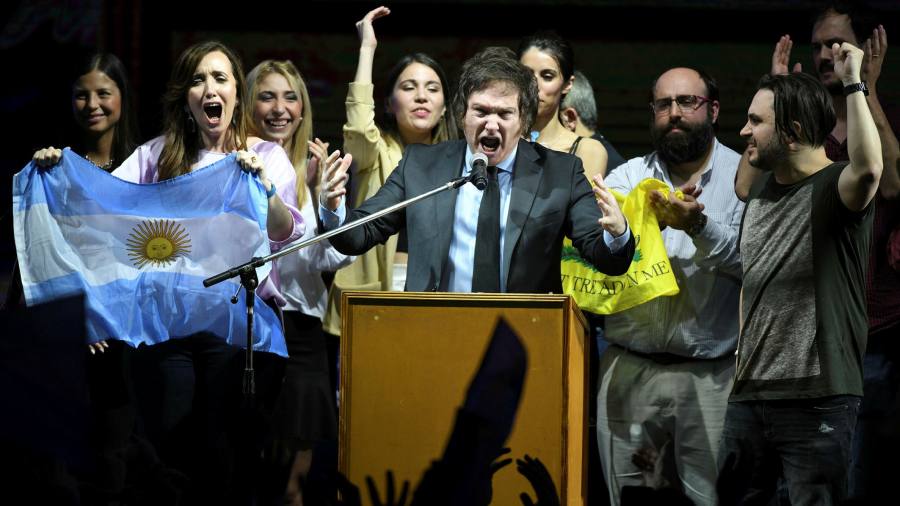 Argentina’s chance to break the cycle of recession


Argentina left-wing government Beaten In the middle of Congress election on Sunday. The center-right opposition coalition defeated the ruling Peronists by more than 8 percentage points, who lost their majority in the Senate for the first time since 1983. Voter’s verdict It is not harsher.

The inflation rate is soaring at an annual rate of 52%, ranking first in the world. Fearing about an imminent depreciation, the US dollar is sold on the black market at more than twice the official exchange rate. Approximately 40% of Argentines live in poverty. Business investment has basically evaporated.

The current government’s policies have made the situation worse, but it is wrong to put all the blame on the Peronist door: Argentina is a story of a failing promise. For decades, it has been trying to use its abundant natural wealth to grow and prosper. On the contrary, its fate is high inflation, frequent devaluation and severe recession.

One of the richest countries in the world has become a study of relative economic recession. Given the country’s resources, relatively well-educated workforce, and locations far from wars and natural disasters, government failure is to blame.

Although the Peron Party has dominated politics since the return of democracy, it alternated with the liberal or conservative opposition in power. Administrative changes are often triggered by economic crises, but they have not been resolved.

Today’s liberal and conservative opposition alliance is more free-market and pro-business than Peronists, and won a clear victory in Sunday’s elections. This will induce some of them to wage war against the government in Congress while waiting for the government to succumb to the economic crisis as the 2023 presidential election approaches.

The theorists on both sides are wrong. Voters have made it clear that they want to change course, and Sunday’s results provide Argentina with a slim chance to break the country’s endless economic cycle.

President Alberto Fernández’s reaction to the election failure was an unexpected dialogue of opposition.The aim is to agree to a new economic strategy and a $44 billion Debt restructuring with the International Monetary Fund.

This may represent a belated recognition that Fernandez has long allowed policy to be determined by his powerful vice president. The new congressional arithmetic gave him other options to reduce her influence and win the majority required to approve the IMF transaction. It remains to be seen how sincere Fernandez’s proposal is and whether he will accept the difficult policy trade-offs required.

Nevertheless, the opposition should participate constructively. Among its leaders are Horacio Lareta, the mayor of Buenos Aires, who believes that Argentina needs to reach a greater consensus on economic policies if it is to restore wealth.

Both the Peronists and the opposition should admit that they have failed to resolve the deep-rooted problems in Argentina in the past four years and that they need to take a different approach. Cross-party dialogue on the New Economic Plan and the IMF agreement does not guarantee success, but is a better option than endlessly repeating the crisis cycle.