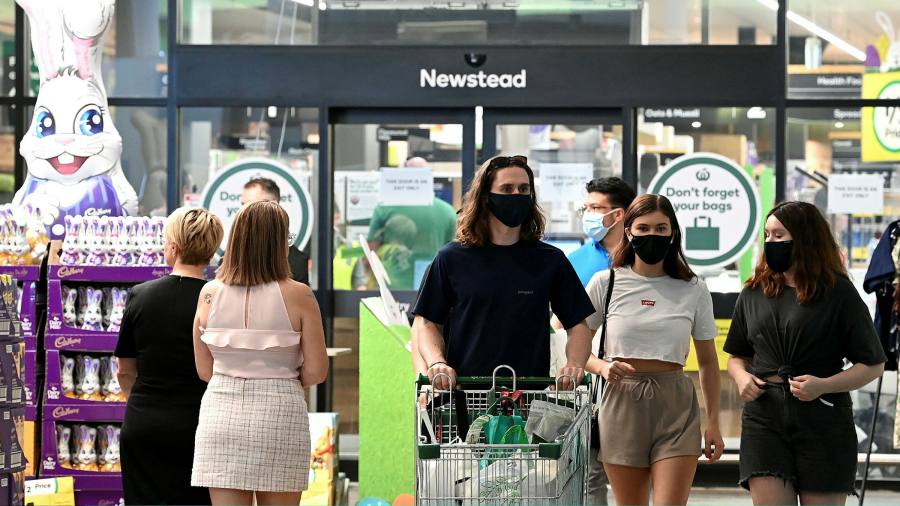 
The Governor of the Reserve Bank announced on Tuesday that cheap electricity and a strong labor supply have kept Australia’s inflation rate lower than other countries.

Speaking to a group of business economists in an online webinar, Philip Lowe says Australia’s price pressure is lower than in countries such as the United States and the United Kingdom, and the underlying inflation rate was 2.1% in the year ending in the September quarter.

This disagreement has exacerbated the argument that rapid price increases in certain economies are due to supply disruptions caused by the Covid-19 pandemic, rather than the global shift to high inflation.

“There was a perfect storm: The demand for goods was very strong, while production capacity was hit. The result was a sharp increase in transportation costs around the world, a decline in inventory, an increase in delivery time, and the price of many goods rose sharply,” Lowe said.

Unlike the U.S. and U.K.’s lockdowns and school closures that led to a significant drop in labor supply, Australia’s Retainer Program Lowe said that the connection between the company and its employees has been maintained. A higher labor supply can help lower wages in Australia.

The wage-setting process in Australia includes multi-year agreements. Lowe said this means they have a certain degree of inertia. The Reserve Bank of Australia expects wage growth to pick up, but only gradually.

“Our business contacts indicate that most companies maintain a strong cost control mindset and are looking to use measures other than raising base wages to attract and retain employees,” Lowe said.

He said that the second factor limiting Australian inflation is energy prices, which have been on a downward trend in recent years, partly due to the increase in wind and solar power generation capacity.

Electricity prices in other advanced economies have soared because their power systems are unable to meet demand-one reason for the rise in global inflation.

Other factors driving up inflation, such as rising oil prices, rising construction costs, and a shift in consumption patterns to durable goods, are similar in Australia to other countries.

Lowe said that data and forecasts indicate that there is no need to raise interest rates from 0.1% during 2022, because lower inflation rates give the Bank of Australia more leeway than other central banks.

Lowe said that Australia has little historical experience of how the labor market operates under a 4% unemployment rate, and there is uncertainty about how the reopening of international borders will affect labor supply.

“Therefore, it is possible that faster-than-expected progress will continue to be made in achieving the inflation target. If so, it is possible to raise the cash interest rate before 2024,” he said.

Lowe speaks two weeks later at the Reserve Bank of Australia Abandon the yield curve control policy And allow the three-year bond yield to rise above 0.1%.