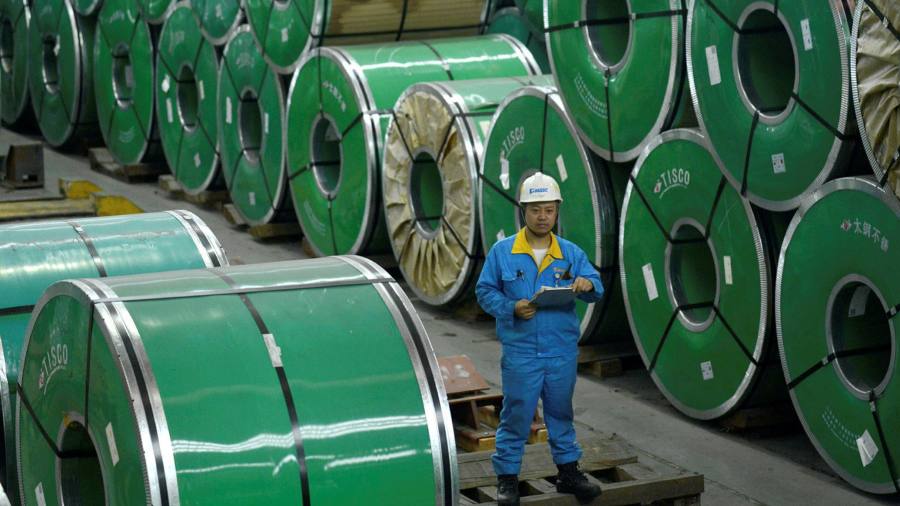 
Beijing accused the European Union of risking damage to the world’s supply chain by imposing regulatory and trade barriers on foreign companies, and warned that “discriminatory” practices could drag the world’s recovery from the coronavirus pandemic.

The Chinese Ambassador to the EU stated that the European Commission is working hard to strengthen its trading Some companies believe that the toolkit heralds the emergence of “more inward-looking unilateral measures” and “new trade barriers.”

“The measures taken by the EU will also have a global impact, and such measures may put further pressure on the global supply chain and industrial chain,” Zhang Ming said in an interview with the Financial Times.

The European Union is making what some member states say is overdue efforts to strengthen its economic self-reliance and respond to Beijing-led unfair trade and investment practices, such as preferential treatment for state-owned enterprises and forced technology transfer. The extended list of EU tools includes countervailing tools, enhanced trade defenses and a proposed due diligence mechanism aimed at detecting labor and environmental abuse in the supply chain.

The European Union also established a new Trade and Technology Committee Aims to deepen cooperation with the United States in cutting-edge fields such as semiconductors and green technology.

Zhang declared that the EU’s current promotion of strategic autonomy is “in line with” the EU’s status as a global power, and that Beijing supports the initiative. But foreign companies argue that some EU policies may have unwelcome side effects, he said. He added: “They will not help the stability of global supply and industrial chains after the epidemic, and the overall recovery of the world economy.”

He called on the EU to abide by the rules of the World Trade Organization, believing that unilateral measures would distort investment in Europe and raise prices. “Such a move deviates from the original intention of the economic and trade policy and is also a distortion of market principles,” Zhang said.

He said that in the eyes of some companies, “there are more and more tailor-made tools for other countries and their companies. These tools are discriminatory and violate the principles of fairness and justice in the market.”

The EU is divided on how to fight back against the Chinese Communist Party’s radical model of state capitalism because it tries to position itself between the United States and China.

Zhang said that China is ready to implement the investment agreement, blaming Europe as an obstacle to ratification. He said that the EU should not allow “political manipulation” to become an obstacle. “We are always ready to cooperate with partners in Europe to explore possible ways to achieve agreement approval.”

In recent months, NATO has also strengthened its rhetoric against China, calling China a “systemic challenge.”Its Secretary-General Jens Stoltenberg said Counterattack The security threat from China will be an important part of the Western alliance’s future theory.

Zhang said that China hopes that NATO “can remain within its traditional functions and geographic scope”, adding: “Don’t use crossing China’s borders as an excuse.”

He went on to say that what the international community should worry about is Orcus Defense Treaty Between the United States, Australia and the United Kingdom. “It may increase the risk of nuclear proliferation and may lead to a new arms race,” he said. “This is not conducive to global and regional peace and stability.”

Ask the U.S. analyze In hinting that China is seeking to quadruple its nuclear arsenal, Zhang pointed to the huge size of the US nuclear arsenal and said it was 20 times larger.He also dismissed report China’s tests of nuclear-capable hypersonic weapons claim that these tests are intended to verify reusable spacecraft. “We will not invest resources in unnecessary arms races,” he said.