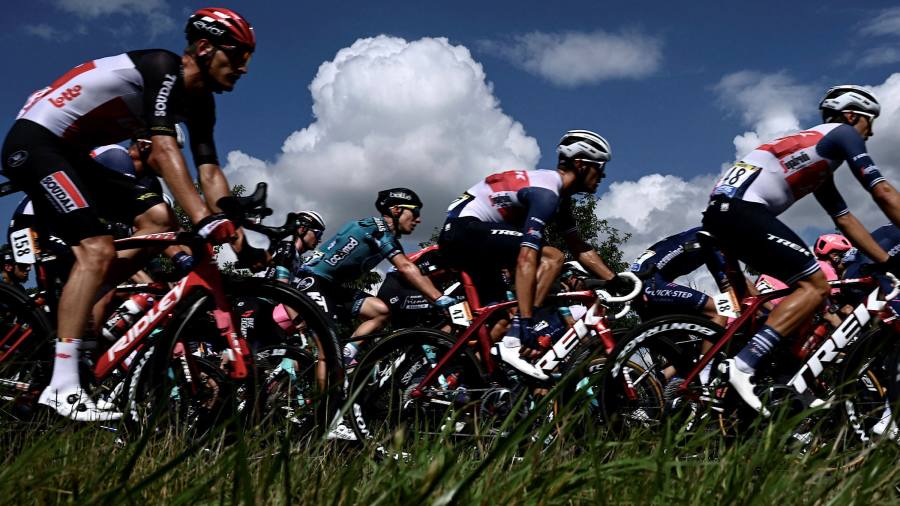 High-end manufacturers warn that bicycle supply disruptions are getting worse


A manufacturer of parts used by Tour de France and Olympics riders warned that supply chain disruptions have plagued the bicycle industry since the pandemic.

“Their delivery time is very long. Today there are some component manufacturers that are a bottleneck. They will not fall,” Musi said. “12 to 18 months is easy.”

Global bicycle production has been affected by the pandemic as consumers around the world use bicycles as a means to avoid the risk of Covid-19 infection on public transportation.

As the production of brakes, transmissions, chains and flywheels is concentrated in a few companies, including Shimano in Japan, SRAM in the United States and Campagnolo in Italy, supply problems have become more serious.

Fearing that the boom in demand will not last until the coronavirus crisis, these groups have been cautious about over-expanding production.

Musi predicts that it will take up to 18 months for the industry to resolve the supply chain disruption, and the industry is also hindered by the reduced supply of certain raw materials such as aluminum and steel.

Look Cycle’s forecast contrasts with that of Halfords, one of the largest bicycle retailers in the UK. The organization said last week that supply chain challenges are beginning to ease.

Manuel Marsilio, general manager of the European Bicycle Industry Federation, said that the difficulties for manufacturers of high-end models, including electric bicycles, are getting worse because they have fewer and fewer options for purchasing parts.

Founded in the 1950s, Look Cycle is a pioneer manufacturer of quick release binding systems for skis. Decades later, it transferred technology to bicycles, allowing riders to lock special shoes on pedals. The group expects to generate approximately 60 million euros in revenue this year, up from 55 million euros in 2020.

Musi said that 80% of its bicycle components are made in France, which alleviates some interference. He added that European parts suppliers have proven to be more resilient because they are not so narrowly focused on the bicycle industry.

“In Asia, there is a bicycle center. When we buy products there, we buy from factories that only deal with the bicycle industry. That’s why there is a bottleneck,” he said. “It is impossible to become a fully autonomous bicycle manufacturer for the time being.”