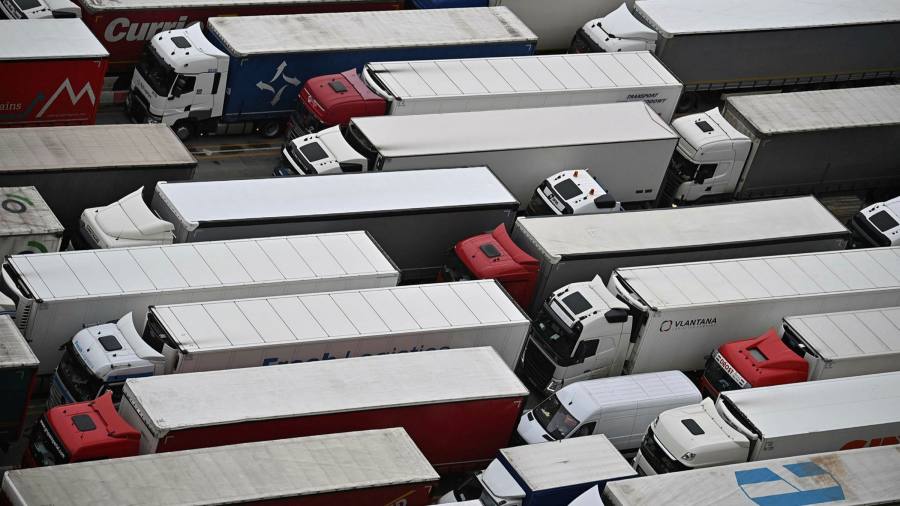 
The European Commission warned that despite the recent rebound in economic growth, supply chain bottlenecks and rising energy costs may limit the EU’s recovery from the pandemic.

The European Commission stated in its autumn economic report that economic growth in the European Union and the Eurozone will reach 5% this year, higher than the previously expected 4.8%.

But it warned that “headwinds are getting bigger and bigger” due to logistics troubles, tight supply chains and shortages of raw materials. Attack on Germany, Europe’s largest economy and other manufacturing centers.

Brussels is also concerned that the acceleration of Covid-19 cases may harm the EU’s economic prospects, especially in countries with low vaccination rates.

The committee warned that the balance of growth risks has “leaned to the downside.”

“The European economy is shifting from recovery to expansion, but it is now facing some resistance,” said Paolo Gentiloni, EU Economic Commissioner. “This positive situation faces three main threats: a significant increase in COVID-19 cases, most severe in regions with relatively low vaccination rates; rising inflation, mainly caused by soaring energy prices; and a supply chain that puts pressure on many industries Interrupt.”

The strong economic rebound in the European Union follows an unprecedented recession in 2020, and the post-Covid reopening has allowed consumers to spend more and travel more freely. At the same time, public investment is expected to reach its highest level in a decade.

The demand recovery is so strong that it is difficult for supply to keep up.

The report lists logistics disruptions, semiconductor shortages, and the procurement of a range of commodities and raw materials as major constraints to industrial recovery. The EU survey shows that about 43% of manufacturing is affected by a “serious shortage” of materials or equipment, while service companies are far less concerned.

The overall growth prospects should remain strong, and the EU and Eurozone are expected to maintain 4.3% growth in 2022. However, the committee stated that the outlook is more unpredictable.

The EU’s industrial core risks are most affected by the shortage of parts and materials. The German economy is expected to grow by 2.7% this year, which is lower than the overall growth rate of the European Union, and then accelerate to 4.6% in 2022.

The committee found that the most active industries are beginning to experience labor shortages. It is estimated that about 3.4 million jobs will be created in 2022 and 2023, reducing the unemployment rate in the EU from 7.1% this year to 6.5% in 2023.

However, in general, the report found no signs of increased salary pressure caused by salary negotiations. The European Commission stated that in the second quarter of this year, the growth rate of negotiated wages in the Eurozone was less than 2%, which was milder than before the COVID-19 recession.