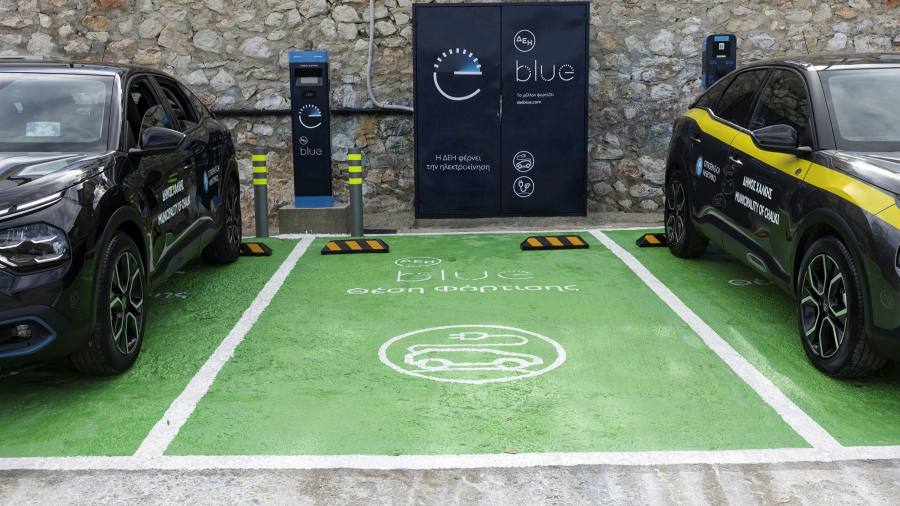 
A global agreement to eliminate emissions from new cars by 2040 is trying to attract support from the world’s largest automakers and governments, including the United States and China, and the agreement will be announced at the COP26 climate summit.

According to people familiar with the matter, Volkswagen has stated that it will not sign the agreement while Toyota is still debating, but it is extremely unlikely to agree on the grounds that the main government is unwilling to join the agreement. These two companies are the largest automakers in the world.

According to the version marked “final” seen by the British “Financial Times”, the commitment includes a commitment “to achieve zero emissions for all new cars and trucks worldwide by 2040, and to achieve it in major markets no later than 2035.” zero emission”. It will be released on Wednesday.

The United States and China and Germany did not participate in the expected transaction, which means that several automakers are also unwilling to agree.

Two British officials confirmed that Germany, China and the United States have not yet signed.

China is the world’s largest auto market and the most important prize. The discussion involved whether Beijing would accept the less onerous goal of zero emissions for half of its vehicles.

Germany’s reason for not signing is that it wants to seek “synthetic fuel” options with lower carbon content. “But we don’t think this is zero carbon or anywhere near zero carbon,” the British official said.

Involving the government is the key to winning the support of auto companies, which are investing heavily in electric or hydrogen vehicles.

People familiar with the matter said that none of the automakers opposed the phasing out of emissions, but each manufacturer raised specific objections to the transaction.

Two people familiar with Volkswagen’s ideas said that Volkswagen has one of the most ambitious electric vehicle plans in the industry, but because China lacks a commitment to phase out coal power, it will not sign it.

China is one of the largest electric vehicle markets, but most of the electricity generated in the country relies on coal.

People familiar with the company’s thinking said that Toyota, which became the world’s largest automaker last year, was reluctant to agree to the deal because markets such as Africa and Latin America may take longer to become electrified. Unlike Volkswagen, the group does not rule out signing an agreement, and it also has important influence in the United States and China.

BMW also did not sign, believing that the transition from internal combustion engine vehicles will take longer than expected. It prioritizes reducing emissions from its supply chain and using more recycling to reduce its carbon impact.

Ford, General Motors, Daimler and Volvo Cars are all expected to sign the agreement, which includes promises by governments, municipalities and investors to stop selling polluting models by 2040.

General Motors stated that its “ambition” is to achieve zero emissions by 2035, while Volvo stated that all models will be electrified by 2030.

Daimler promised to sell only electric vehicles “when market conditions permit” from 2030. Ford has stated that by the end of this decade, 40% of its sales will come from electric vehicles.