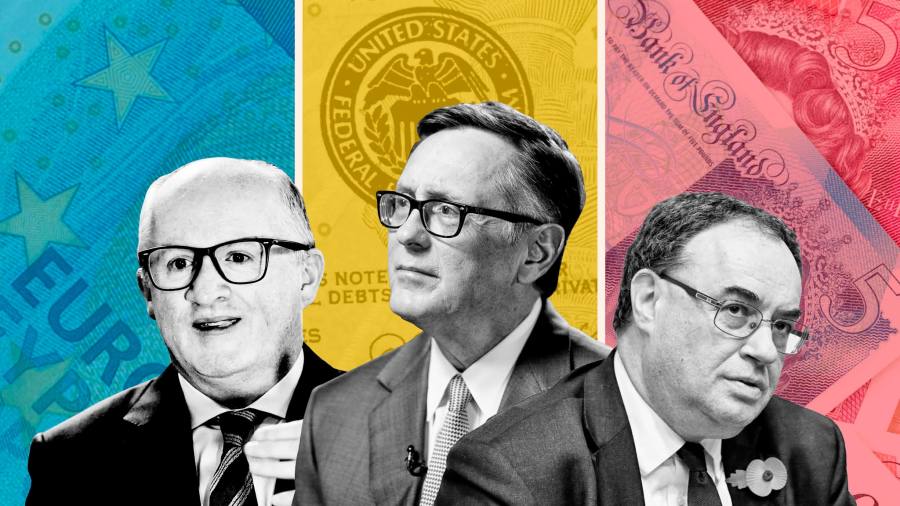 
Central bank officials reacted very differently to the surge in global inflation. Senior officials in the United States and the United Kingdom said that although this policy change is still far away in the euro zone, interest rates in their countries may rise soon.

Philip Lane, the chief economist of the European Central Bank, said on Monday that the situation in the euro area was “completely different” from other countries, adding that there were “strong reasons” for the decline in inflation in the region this year. He added that “tightening monetary policy at this juncture would be counterproductive.”

In contrast, Fed Vice Chairman Richard Clarida said that if the economy progresses as expected, the “necessary conditions” for US interest rates to rise from the current near-zero level will be met by the end of next year.

The Bank of England has been criticized for leading the market to believe that interest rates will be raised at the meeting last week constantEven so, Governor Andrew Bailey insisted that the vote was “evenly matched” and the Bank of England “will not stop it” if the economic development is in line with expectations.

In all respects, the risk of a self-sustaining wage price spiral in the Eurozone appears to be much lower than that of the United States or the United Kingdom.

Their comments highlighted differences in how quickly central banks should tighten monetary policy in response to rising global inflation. The recovery in consumer demand, supply chain bottlenecks and rising energy costs are pushing up global prices.

Analysts said that for most of the past ten years, the European Central Bank has been trying to avoid Japanese-style deflation, so interest rates must be the slowest. The level of economic activity and employment in the Eurozone is still lower than that of the United States and the United Kingdom.

Frederik Ducrozet, strategist at Pictet Wealth Management, said: “From all angles, the risk of a self-sustaining wage price spiral in the Eurozone appears to be much lower than that of the United States or the United Kingdom.”

Driven by its stronger fiscal policy response, the US economy has rebounded to pre-pandemic levels. In contrast, Eurozone It is expected that the output level before the pandemic will be reached later this year. Although the unemployment rate in the EU has returned to pre-crisis levels, millions of people continue to take vacations and leave the labor market.

UniCredit chief economist Erik Nielsen said: “Compared with the United States, the main difference in the inflation outlook in the Eurozone lies in the different fiscal stimulus measures and the more flexible labor and housing markets in the United States, while the inflation outlook in the United Kingdom is being affected by long-term inflation.- The possible impact of Brexit and the devaluation of the pound will have a long-term blow to supply.”

Clarida said on Monday that if the U.S. unemployment rate falls from the current 4.6% to 3.8%, as forecasts show, it will be in line with his assessment of maximizing employment—and pledge to tighten monetary policy.

According to its latest forecast, the Fed’s preferred inflation indicator, the core personal consumption expenditure index, soared to 3.6% in September from a year earlier, and is expected to reach 3.7% by the end of the year.

In the UK, consumer inflation has averaged 2% of the Bank of England’s target over the past decade. Its labor market is also tighter than in the Eurozone. The Bank of England will pay special attention to the impact of the end of the UK vacation plan in October on the labor market.

Bailey said last week, “In fact, between now and our next meeting, there will actually be two official labor market data released.”

The Eurozone’s October inflation rate reached a 13-year high of 4.1%-well above the European Central Bank’s 2% target. But Ryan said that several factors pushing up prices today are expected to subside next year, including supply chain bottlenecks and the impact of temporary tax increases in Germany.

He added that the large current account surplus in the euro area is generated by more exports than imports, highlighting the “weakness of aggregate demand in the medium term” in the euro area.

In addition, although the government has provided a large number of aid programs to deal with the pandemic, Lane said that Europe’s fiscal policy is “limited by the high level of national debt and the lack of permanent central fiscal capacity.”

“These factors have strengthened our strategic assessment of the need for extensive monetary easing to ensure that inflationary pressures accumulate on a permanent basis in order to stabilize the inflation rate at 2% in the medium term,” he said.