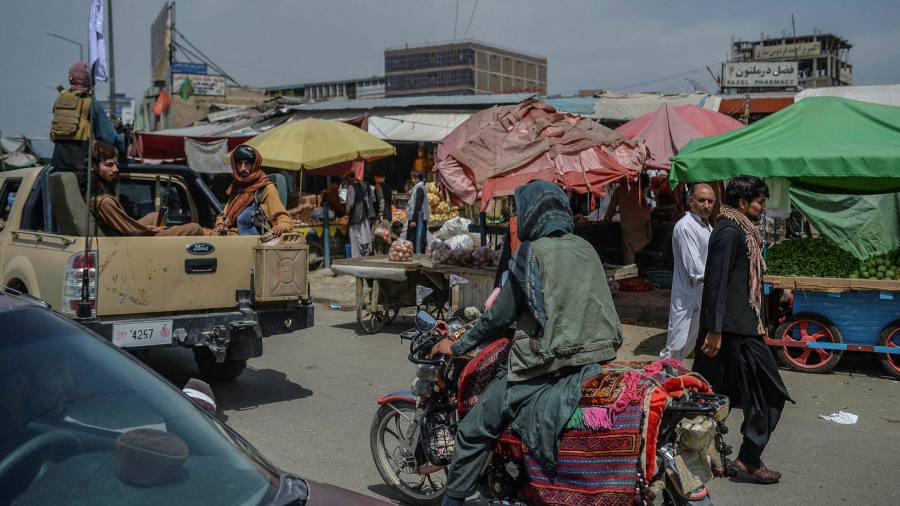 The West has paid the price for ignoring the Afghan economy

Sign up for myFT Daily Digest and be the first to learn about Afghanistan news.

After the fall of Kabul, the 20-year-long Western intervention in Afghanistan is doomed to fail. This is a strong temptation. “There is no military solution” to deal with the country’s challenges. This is a version of the analysis. It is true: in a war where peace cannot be won, you will not win in the end.

However, there is a similar fatalism regarding the possibility that Afghanistan could have won peace. Some people say that a society that is too tribal and traditional will never become a functioning democracy. Others say that the “foundation” of outsiders is always doomed to failure.

Building a country is undoubtedly the work of its people. However, after the overthrow of the Taliban in 2001, the establishment of a functioning country and economy is something that the West can not only do but also have the responsibility to do. The sad truth is that we never really tried.

Although Afghanistan’s per capita income today is higher than in the 1990s, it has remained flat at around US$600 over the past decade. According to the World Bank. As the economist Jeffrey Sachs Point out, The United States’ expenditure on the country’s economic development pales in comparison with military expenditures-even the nominal funds for reconstruction are mainly used for security.

Of course, a resilient state structure and economic activities require a stable and safe environment. But dependence is two-way. A country and economy that served the Afghan people could have made any amount of military spending more effective because it would give the Afghan army something worth fighting for, and the Taliban could reduce the fertile ground for recruitment.

Most importantly, it’s not just “how much you spend, but how you spend it,” Sarah Chayes said. She served as an adviser to the U.S. military leadership in Afghanistan for ten years and wrote a copy of Book About the corruption there. Corruption, weakening of loyalty and contributing to economic failure eventually led to military failure.

“People keep telling me that the Taliban regime is authoritarian in what they hate — but it is not corrupt,” Chayes said. Other research supports her.According to a Investigation by Afghan Integrity Watch A survey conducted last winter showed that “more than half of citizens believe that the level of corruption in Taliban-controlled areas is lower than that in government-controlled areas.”

The same report estimated that the total amount of bribes paid by Afghans to state officials was US$2.25 billion. This is nothing new.United Nations Office on Drugs and Crime 2010 report The bribes paid by Afghans reached 2.5 billion U.S. dollars in a year, close to a quarter of the country’s official GDP. The report stated: “Those who are entrusted to uphold the law are regarded as the most guilty of violating the law.”

These bribes are the bottom layer of what Chayes describes as “a vertically integrated system, like a mafia.”

To say that the emphasis on corruption is to blame the Afghans for not hitting the point. The corruption of the Afghan nation should be blamed on its financial and security guarantors: the US-led coalition.

“We have all the power,” Chayes said, “and almost stubbornly enforced and contributed to this corruption.” The way to do this is to provide funds through favorable intermediaries and only interact with those in power, thereby intimidating ordinary Afghans not to speak out, and there is no real mechanism of checks and balances, such as training independent police to master investigative skills.

Roughly speaking, corrupt countries are the product of American power.U.S. Congress’s own Special inspector general Afghanistan reconstruction Said the same: Lack of patience caused the US government to make a “choice” [that] Increased corruption and reduced the effectiveness of the plan. .. When US officials finally realized this dynamic, they just found a new way to ignore the local situation. “

Now it is said that efforts to establish a functioning Afghan country are always doomed to failure. This is an improper reduction of responsibility. The United States and its allies could have taken different actions. They could have distributed the funds as a separate cash payment instead of installing a local gatekeeper for the resource. They could have introduced strong transparency, supervision and supervision mechanisms. They could have quickly imposed sanctions on corrupt officials at all levels.

Last week’s dramatic events highlighted the end of what some have called an unwinnable war, pointing to Afghanistan’s disgraceful history of foreign intervention. The real shame is the Western neglect of the peace that can be won for 20 years.