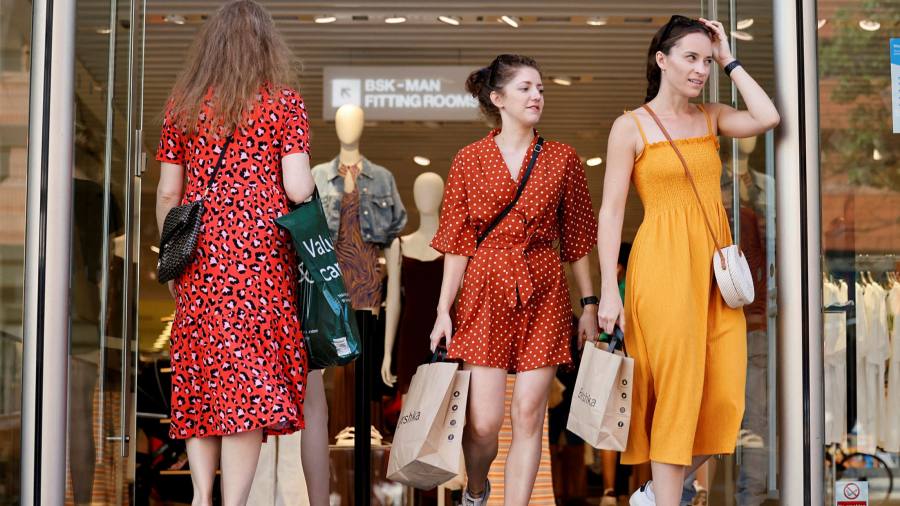 British consumer confidence surpassed pre-pandemic levels for the second consecutive month, as people continued to spend their pent-up cash on beauty, clothing and hotel services in the mid-summer month.

According to data released by the research company GfK on Friday, the consumer index was negative 8 in August, a slight drop from the negative 7 in July, but still higher than the January 2020 level.

Joe Staton, GfK’s director of customer strategy, stated that “the expectations of our personal financial situation in the next 12 months remain unchanged”, adding that “this positive factor is an important factor for the economy of this year and next. good sign.”

The results of this survey, which tracked consumers’ certainty about their personal finances, were slightly lower than the forecasts of economists surveyed by Reuters, who did not expect the level to change in July.

In general, the survey conducted between August 1 and 12 shows that consumers feel they can spend their savings accumulated during the months-long lockdown.

After the removal of the remaining restrictions on most companies in July, despite the uncertainty surrounding the ongoing health crisis, the willingness to consume remains strong.

As GDP continues to rebound, Staton said that overall, the country’s economic health “looks good for the rest of 2021.”

Lisa Hooker, Head of Consumer Markets at PricewaterhouseCoopers in the UK, also reported positive sentiment about spending in her latest survey results. She said: “[The] The successful launch of the vaccine has promoted a high degree of confidence among consumers of all ages. ”

Hook said that she expects the beauty and fashion retail industry to continue to promote shopping enthusiasm, stimulated by the return of large-scale gatherings.

“The return of social events such as weddings, despite their small scale, gives people a reason to shop and will benefit spending on clothing and beauty. These two categories are the most severely affected by the lockdown.”

According to official data released earlier this month, household consumption accounted for 4.1 percentage points of the 4.8% increase in UK GDP in the second quarter.

Despite signs of strong growth, consumption in the UK in the second quarter was still well below pre-pandemic levels, indicating that the economy still has room for further expansion.

Economists pay close attention to consumer confidence as a measure of people’s sense of security at work, which may affect their confidence in spending and saving.

Staton said: “When we started to leave the worst of the epidemic behind for a few months, we had compelling reasons to be happy.”