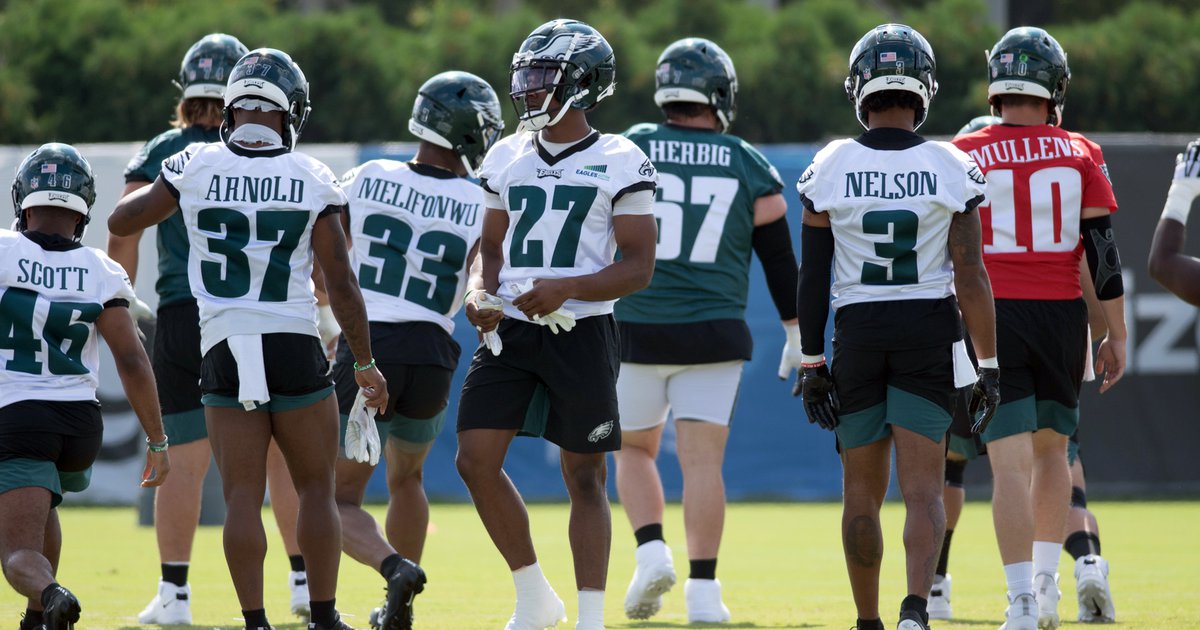 
The Philadelphia Eagles have conducted five training sessions in the 2021 training camp, but have not yet put on the mats, so we are still a long way from a more comprehensive evaluation of individual players and the entire team. However, there are five players with a good start and four players with a bad start.

? LT Jordan Mailata: So far, Mailata is hosting the best training camp of his career. During the offseason, he lost weight to improve his agility, and his strength did not seem to be affected in any way. In every day of training, he was fighting players like Brandon Graham, Josh Sweet and Derek Barnett, and achieved better results most of the time. Although we said in the opening paragraph that we only have one week and there is room for further evaluation, there is no doubt that Mailata should become the team’s first LT in 2021.

? RDE Josh Khan: Sweat has a semi-breakthrough season in 2020, when he collected 6 sacks and 3 forced turnovers in the bench role. This year, he is pushing Barnett to find a starting job, and every day of his training camp is full of destructiveness.

? Terry Jackson: You can’t miss the 6’7, 249-pound Jackson just because of his impressive size, but he has some highlights so far, especially when he trucked Rashard Smith on the open space on the first day. When, and when he received the ball on the 5th day and passed the ball high in the middle. Assuming the Eagles did trade Zach Ertz before the start of the season, Jackson showed the longest long-term potential for the third TE point among the Eagles’ young tight ends.

? DT Javon Hargrave: Hargrave missed the entire training camp in 2020 and started slowly in the 2020 regular season, but after the Eagles’ season had entered the toilet, he finally opened it. This year, Hargrave is healthy and he looks more like the player the Eagles thought when they gave him a big contract in the 2020 offseason. He is fast, strong, and destructive inside the line of defense.

? CB Zech McPhearson: I haven’t seen McPhearson being clearly toasted, but I have noticed that he is starting to get in touch with football and is very aggressive with the receiver in the news. The Hawks have not drafted a long-term answer in the outer corner for a long time, and McPherson made a good start in his first camp.

? LT Andre Dillard: If you are an alien from a planet that also has football, you have been sent to the Eagles training camp by a spaceship, and you don’t know anything about the history of these players. You will be puzzled why Dillard played. The ball, fundamentally, cooperates with the first team’s offense. He has completely collapsed in 1 to 1 and 11 to 11 matches for a few days, and he has not really had a good day. Since he is the most recent first-round pick, he has a chance to win the starting position in LT, but he is clearly worse than Mailata.

? WR Jalen Leigh: In the “lower body tightness” exercises in the first four training camps, Reagor was a limited participant. After a disappointing rookie season, this is not the beginning of the Hawks’ hope of leaving Legg to camp in the second year.

? WR John Haytar: Hightower has a great rookie training camp, but he hasn’t played so far in the second year, and he seems to be often scolded by the coaching staff for mental errors.

? K. Jack Elliott: So far, Elliott has only taken 6 shots during training camp, but he missed two of them, one of which came from 33 yards. He also had a 38-yard close error. Elliott is not going anywhere this year. He doesn’t have any training camp games, and layoffs are more expensive than keeping him, but he has to feel some pressure to get back on track.

? The Hawks traded for Carson Wentz from the Colts’ conditional first/second round pick: When the Hawks traded Wentz for a second-round pick, if the playing time base is hit, this pick may become a first-round pick, which seems to be an interesting thing to track throughout the season. And… well… Wentz spent two days in the Colts training camp before needing foot surgery, which severely affected his playing time at the beginning of the 2021 season.