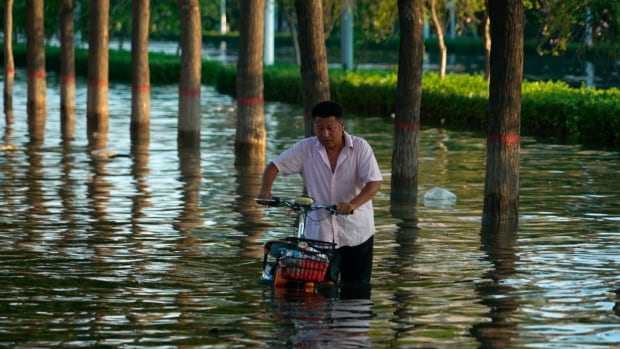 According to the Henan Provincial Government, 302 people have died and 50 are missing. The vast majority of the victims were in Zhengzhou, the provincial capital, where 292 people died and 47 were missing. Officials said at a press conference in Zhengzhou that ten people had died in the other three cities.

On July 20, record rainfall flooded the city, turning the streets into turbulent rivers and flooding at least part of the subway lines. A video posted online shows that as the water level rises, vehicles are washed away and desperate people are trapped in subway cars. 14 people were killed in the subway flood.

Authorities said that floods and mudslides caused 189 deaths, house collapses caused 54 deaths, and underground areas such as basements and garages (including Metro Line 5) caused 39 deaths. The death toll in the highway tunnel is still 6 people, of which 247 vehicles were demolished. It was drained.

Worst of all, Zhengzhou started at 4 pm on July 20, and within an hour it rained 20 centimeters, flooding the already soaked city. The children are trapped in the school, and the stranded people spend the night in the workplace.

In the following days, heavy rains headed north, hitting the cities of Hebi, Anyang, and Xinxiang in Henan Province. Seven people were killed in Xinxiang, three were missing, and rainfall exceeded 25 cm in a record 19 hours. Henan is an inland county about 620 kilometers southwest of Beijing.

Authorities said that about 250,000 hectares of crops were destroyed, with an estimated loss of more than 90 billion yuan (17.4 billion Canadian dollars). Approximately 1.5 million people were evacuated due to rainfall and flooding.

According to Chinese media, the central government has established an investigation team to assess the response to disasters, sum up experience and lessons, and hold delinquents accountable.