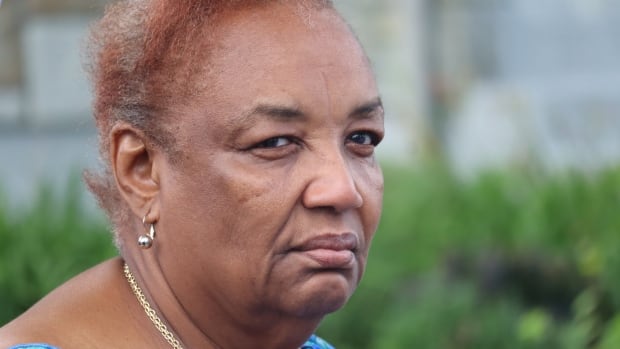 A black family was shot dead by police in Repentini, Quebec, blaming his death on racism


On Sunday, a man in Repentigny, Quebec, died after being shot three times in the abdomen by police. His family attributed his death to the anti-black racism of the city’s police force and demanded justice.

The victim’s mother, Marie-Mireille Bence, called the police on Sunday morning and asked them to take their 37-year-old son Jean René Junior Olivier to the hospital because he had mental health problems.

“He told me he saw people around him and someone wanted to hurt him,” Bens told reporters with her family at a press conference on Monday afternoon.

Bens said the six police officers did not help him, but came to her door and shot him in the abdomen. When the police arrived, he was holding a table knife in his hand, but his family said he dropped it.

“He threw the knife on the ground and just then they shot him. They shot him three times,” Bens said.

“They are criminals. They killed my son,” she said. “I called them for help, they showed up and killed him. I think this is ridiculous, because there are other ways to solve this problem and control him.”

Quebec Police Supervision Agency, Independent Investigation Office (BEI), is investigating the shooting. It said that the Repentigny police received a 911 call shortly after 7:30 in the morning, and that a “confused and disoriented” person was allegedly holding a knife in the residential area.

According to Bens, she and her brother asked Olivier to give them the knife. When he refused, she called the police and explained that she needed help to take him to the hospital.

“I don’t want him to hurt myself, but see what this leaves me,” she said.

“Black people have no justice”

Bens said that when the police arrived, they let her and her brother go in and lock the door. She said that she did as she ordered, only to hear gunshots.

She said, then, a police officer came to the door and asked if Olivier had a mental health problem. The officer offered to accompany her to the Royal Victoria Hospital for shock treatment, but she refused.

“There is no justice for black people today,” Laguerre said. “We are not safe in Repentigny… Our skin color represents us.”

Watch | The victim’s cousin says black people are not safe in Repentigny:

The victim’s cousin, Dolmine Laguerre (Dolmine Laguerre) said that black people are not safe in Repentigny and called for responsibility for the shooting. 0:51

Bens questioned why the police shot her son in the abdomen instead of aiming at his leg or using a taser to subdue him.

“He is not violent. He did not put anyone’s life in danger,” she said.

Bens said that after the incident with her son, she completely lost faith in the police.

“Tomorrow, if I have something, do you think I will call 911? Never,” she said. “I would rather die in my corner than call them again.”

“Confessional police, they don’t want to see black people,” Bens said. “911 is not for black people.”

CBC News has solicited comments from Repentigny and the Quebec government. Last year, the Repentigny police hired a consulting company to help solve the long-standing issue of racial profiling.

In a statement released on Sunday, the city said: “We know that this situation can be particularly difficult for blacks who already have a lot of concerns about our services.”

Quebec’s Minister of Anti-Racism Benoit Charette and Minister of Public Safety Geneviève Guilbault declined to comment on the incident during the BEI investigation.

The incident occurred after a series of racial profiling complaints against Repentigny police.

In July of this year, the Quebec Human Rights Commission discovered that the police had racially discriminated against Leslie Blot. Leslie Blot was a black man. He was stopped, handcuffed and issued a fine when he was blowing balloons for children in the passenger seat of a car outside his home in 2017. .

The committee stated in its decision that the Repentigny police designated Blot as a “victim of discrimination based on the intersection of race, color, and gender motives in the form of profiling.”

His case is the fourth time that the Human Rights Commission has ruled against Repentigny.

At a brief press conference on Monday afternoon, the Repentigny Police Department expressed its hope to “rebuild the bridge with the black community.”

Police Chief Helen Dion said: “This sensitivity may not exist as we hope.” She said that racial profiling is a widespread problem, and the force is working with organizations and developing strategies to Ensure that there is no prejudice or discrimination in police intervention.

Dion said that Olivier’s fatal shooting was the first such incident in the service’s history, and the hearts of its members were with his family.

Following its decision on Repentigny in the Blot case in July, the city said in a statement that it is developing an action plan dedicated to the process of “organizational transformation” and will announce a series of specific measures in the summer.

But Fer Niemi, executive director of the Montreal Race Relations Research and Action Center, said Olivier’s death would deepen the rift between Repentigny residents and the police.

He said: “This situation could have been resolved in different ways, but it will eventually escalate into a very tragic thing.”

“The question is can we really rely on the BEI monitoring agency to conduct investigations? Because the agency is not very successful in terms of transparency and providing the results many people expect.”