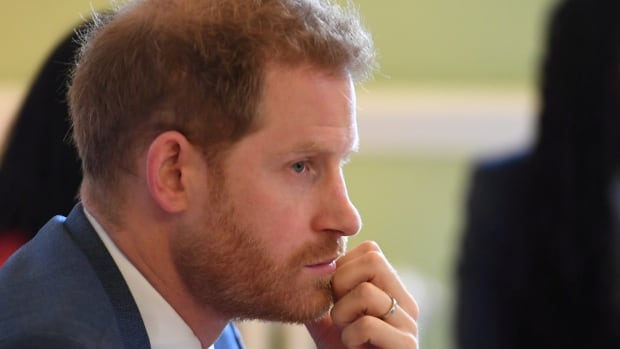 Prince Harry promises a ‘wholly truthful’ memoir — but how personal will he get?


Hello, royal watchers. This is your regular dose of royal news and analysis. Reading this online? Sign up here to get this delivered to your inbox.

It is a question that has sparked curiosity for generations: What is life really like for those within the Royal Family?

Prince Harry let it be known the other day that he will be adding his own “accurate and wholly truthful” view to the mix, with word that a memoir by the sixth in line to the throne will be published late next year.

Perhaps predictably, the news ran into mixed reaction in the media, social and otherwise. Some welcomed the potential for more insight into the life of a royal who along with his wife, Meghan, Duchess of Sussex, stepped back from official duties last year and is living with his family in California. Others were less enthused.

“There is interest, but there is also criticism based on this longer pattern of Harry on the one hand being quite critical of the press intruding on the lives of members of the Royal Family, but also now speaking to the press about his own personal feelings,” Toronto-based royal author and historian Carolyn Harris said in an interview.

Whatever Harry chooses to include in his book, it will become part of a deeply entrenched tradition of royal memoir, something that has taken various forms as everyone from Henry VIII’s sixth wife Katherine Parr to the Duke of Windsor and Sarah, Duchess of York, have offered up recollections for the reading public.

Go back several generations, and “there’s a centuries-long history of royalty writing about particular themes related to their faith or the nature of sovereignty or advice for the next generation,” said Harris.

In the 19th century, however, there was a shift.

“We start seeing more personal recollections,” said Harris, who noted memoirs since then have generally taken one of four forms. They are:

Where Harry’s memoir will land remains to be seen, but Harris said his decision to write one appears to incorporate a number of elements.

“One is that certainly Harry and Meghan have new projects and new business ventures in their new lives away from royal duties, and the memoir will provide a degree of publicity, but it’s clear that Harry also wants his decisions to be understood.”

The memoir will also raise money for charities, Harris said, noting an overlap with more traditional royal memoirs such as Victoria’s that helped raise money for educational bursaries for underprivileged children.

Harry is reportedly working with a ghost writer on the memoir. Other members of the Royal Family have also worked with writers and journalists to produce books.

Much commentary on Harry’s memoir has referenced the one by the Duke of Windsor, which was ghostwritten and published in 1951, 15 years after his abdication as King Edward VIII.

“It’s clear that in the private sphere [the Duke of Windsor] was more critical of the Royal Family, but he was careful in his memoir to focus more on the wider political implications of the abdication crisis,” said Harris.

Any memoir is of course defined by the fact that it is the author’s account and could offer a view of events that might differ from that of others. (This came to the fore after the controversial interview Harry and Meghan gave Oprah Winfrey in March, with the Queen’s comment of “some recollections may vary.”)

“Certainly anyone who has read the different perspectives of [Harry’s parents] Charles and Diana on the breakdown of their marriage, their recollections did vary regarding how the marriage broke down,” said Harris.

Media speculation since the announcement of Harry’s memoir has pondered just how the news might be received by his family.

“You would think hearts will continue to sink at Buckingham Palace, Clarence House and Kensington Palace,” Joe Little, editor of Majesty magazine, told the Guardian. “I suppose in an ideal world they would have liked a line to be drawn after the Oprah revelations. But clearly that isn’t Harry’s way of doing things. And so this won’t have been great news for Harry’s family.”

Whatever Harry writes, it seems certain the memoir will attract a lot of attention when it’s published in October 2022.

Bridging the past and future from the Governor General’s office

Mary Simon’s installation ceremony as Governor General earlier this past week was a reflection of many things — from the pandemic times we are living in to the heritage and culture she brings to the post as the first Indigenous person to become the Queen’s representative in Canada.

One line in her first speech as Governor General was particularly striking for Nathan Tidridge, a high school teacher of history and Indigenous studies in Waterdown, Ont., and first vice-president of the Institute for the Study of the Crown in Canada.

Simon pledged to “hold together the tension of the past with the promise of the future, in a wise and thoughtful way,” a commitment Tidridge sees as having great potential for the future of an office that has seen troubled times in recent years.

“That line I think really captured the balance that that office can hold, and it will be a wonderful thing to see that enacted,” Tidridge said in an interview.

Simon took her oath as the country’s 30th governor general before a considerably scaled-back audience in the Senate Chamber.

Tidridge said he was struck by the simplicity of the ceremony, much of which was pandemic-inspired.

“It reminded us that we’re still in this crazy time, a traumatic time, but at the same time it was a very calming ceremony,” he said.

“When she left to the sound of the drum, I thought that that was a very powerful moment.”

Tidridge sees signals in Simon’s speech for what Canadians might expect as priorities from her office.

“The three pillars that she picked are outstanding: climate change, mental health and reconciliation,” he said. “These are core issues that are really, really important right now and are really in step with the time that we find our country in.”

He also liked the humour and personal touches Simon offered in her speech, whether it was that her Inuk name means “bossy little old lady” — a comment she directed good-naturedly toward Prime Minister Justin Trudeau, who was sitting nearby — or the reference to her dog already in residence with her and her husband, Whit Fraser, at Rideau Hall.

Following the speech, Simon visited the nearby Tomb of the Unknown Soldier.

“That’s a very important moment, I think, and a clear outreach to members of the Canadian Armed Forces,” said Tidridge.

Tidridge sees a model of how Simon’s office might function in the offices of some of Canada’s lieutenant governors, particularly in rekindling or recovering the Crown-Indigenous relationship in the country, but for other issues as well.

“It’s all around … the soft power the Crown has, this ability to convene people like no other,” said Tidridge.

“A politician can’t do that because everything is instantly politicized, but the lieutenant governors, they have this ability to convene people…. They’re not doing it for political capital.”

Tidridge said there aren’t many institutions in a similar position.

“They also have that deep history with Indigenous people. It goes deeper than any other relationship in this land.”

From time to time, we follow up on questions that pique the interest of readers so much so that they share them with The Royal Fascinator.

Suzanne is wondering about the title for Camilla, Duchess of Cornwall, when her husband, Prince Charles, becomes King.

“Back before they were married, I remember the press reporting that Charles agreed that Camilla would not become Queen (due to her divorce and ‘other issues’), but would instead be his [princess] consort,” Suzanne wrote.

But now, Suzanne said, she’s read recent reports in the British media suggesting Camilla will be Queen when Charles becomes King. “Can he do that?” Suzanne asked.

Well, Camilla will indeed be Queen as soon as Charles is King, no matter what anyone calls her.

“This has always been the case by law and tradition in Britain. There has never been a ‘Princess Consort’ in the history of the British monarchy.”

That title was “an invention” at the time of Charles and Camilla’s marriage in 2005 to enhance acceptance of it, said Smith.

“A Princess Consort would make the marriage ‘morganatic,’ giving Camilla a lower status than her husband. She has always had the same status: Duke and Duchess of Cornwall, Duke and Duchess of Rothesay, etc.,” said Smith. “She is, technically, Princess of Wales as well, but she has never used the title because of sensitivity” to the memory of his first wife, Diana.

For Camilla to become Princess Consort, an act of the British Parliament, along with comparable acts in the Parliaments of all Commonwealth realms, would be needed, Smith said, and that “would cause controversy from London to Canberra. She will be Queen Camilla.”

Going back several generations, there was a Prince Consort — the title Queen Victoria gave her husband, Prince Albert, in 1857, after they had been married 17 years.

“By then, he was effectively co-monarch,” said Smith.

But their situation was unique, “because Albert had so much power,” said Smith.

Nothing similar transpired for Prince Philip, who was the longest-serving consort in British history before his death in April.

“Queen Elizabeth never made the Duke of Edinburgh Prince Consort,” Smith said. “Albert had defined that title, and neither Elizabeth nor Philip felt the same title was appropriate for him or for the role of the monarch in the 20th century.”

Have a question? Drop a line to [email protected]

— Queen Elizabeth spoke online with Mary Simon ahead of her installation as Canada’s governor general.

Sign up here to have The Royal Fascinator newsletter land in your inbox every other Friday.

I’m always happy to hear from you. Send your ideas, comments, feedback and notes to [email protected]. Problems with the newsletter? Please let me know about any typos, errors or glitches.