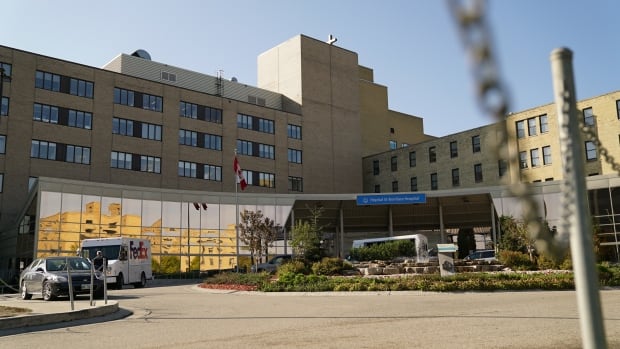 
District health authorities stated that a man spent several night shifts at St. Boniface Hospital in Winnipeg to care for patients in July, although he was not actually employed there.

The Winnipeg Regional Health Department said in a press release on Thursday that the impostor worked shifts from July 2 to July 17.

Although the regional health authorities did not specify the gender of the person, CBC News has independently confirmed that the impostor is a male.

The man has registered for a medical assistant training program provided by Shared Health, which is responsible for coordinating health care in Manitoba, but it has not been completed.

Despite this, the man called the personnel office of St. Boniface Hospital, stating that he was a newly hired health care assistant and was subsequently placed in shifts at the hospital, according to a press release from the health authority.

After he completed his first shift, the personnel office of the hospital discovered the error and told the man that he was not qualified to work there or in any medical institution.

Despite this, he continued to appear in the hospital and appeared to the security guard as an employee. The press release stated that he had been admitted to the hospital multiple times and worked in shifts up to eight times, including in the emergency room.

The Winnipeg Regional Health Department stated that the person was unable to obtain medicines while in hospital. There is no indication that any patients were injured as a result of the incident; the press release did not mention any injuries to hospital patients.

Due to this incident, the hospital and health authorities are investigating.

“Corrective measures have been-and will continue to be-taken,” the press release said.

The health authorities stated that the police had talked to the person and determined that there was no malicious intent and no further action was expected.

“San Boniface Hospital deeply regrets this incident and sincerely apologizes to the patients and staff.”

On July 19, two days after the man finished his last shift, he sent a memo to the staff of St. Boniface Hospital, reminding the staff to always wear a photo ID card at work.

It also said that staff should not hesitate to prevent people they don’t know from entering unauthorized areas.

The memo said: “In the past, individuals could enter a secure area through card access by tracking someone entering and entering an unauthorized area, because no one asked if they belonged to the area.”

Another memo sent a week later stated that security personnel will write down the names of staff who do not have hospital IDs and request photo IDs.