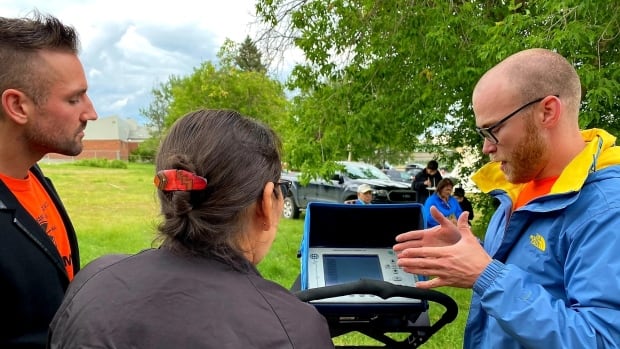 The Lac La Ronge Indian Band began to look for the graves of the boarding school, “There is still a lot of work to do”

The Lac La Ronge Indian Band has become the latest aboriginal in Saskatchewan to start searching for unmarked graves associated with a local boarding school.

“We still have a lot of work to do,” Chief Tammy Cook-Silson said.

On Saturday, the band used ground-penetrating radar equipment to search an old cemetery west of downtown Saskatoon, about 375 kilometers northeast of Saskatoon.

Cook-Searson said that the Lac La Ronge Indian Boarding School operates on the grounds in front of the cemetery, which is also used as a community cemetery and is now full of tombstones.

“We don’t know that everyone is buried in the cemetery,” she said.

The search was carried out a week after the start of the seven other indigenous peoples Similar efforts by the Delmas, Sask community., The place where Delmas Indian Boarding School was once located.

La Ronge’s work takes time. Only 30% of the cemetery was explored over the weekend, and the elders and other band members sometimes control the equipment.

Cook-Searson said that the remaining 70% of the cemetery still needs to be cleaned.

“Then we have to be outside the cemetery. In the surrounding area, the elders said there is a mass grave…you know, it’s just passing information from oral history and time,” she said.

The band hopes to take on additional work in late August.

Cook-Silson said that there has been no discussion about whether any corpses found were excavated to help identify the remains.

The announcement this weekend is a community event with food and support staff on site.

In an information tent, band member John A. Irving shared his years of research on the cemetery, including the model he built for the former boarding school.

“He is trying to pass this knowledge to the younger generation,” Cook-Silson said.

“I think it went well,” Cook Silson said of the event. “A lot of people come out to support each other. It’s a tough job, but it’s really important to get everyone’s support there.”

The seven aboriginal people who make up the Battlefords Agency Tribal Chiefs have yet to announce the results of their recent work in Delmas.

Muskowekwan First Nation stated that the remains of 35 previously unidentified students have been found. This summer, Muscowequan Boarding School plans to do more.

Cowesses First Nations announced Initial discovery of 751 unmarked graves A cemetery near the former Marieval Indian boarding school-this is the largest discovery of this kind in Canada to date.