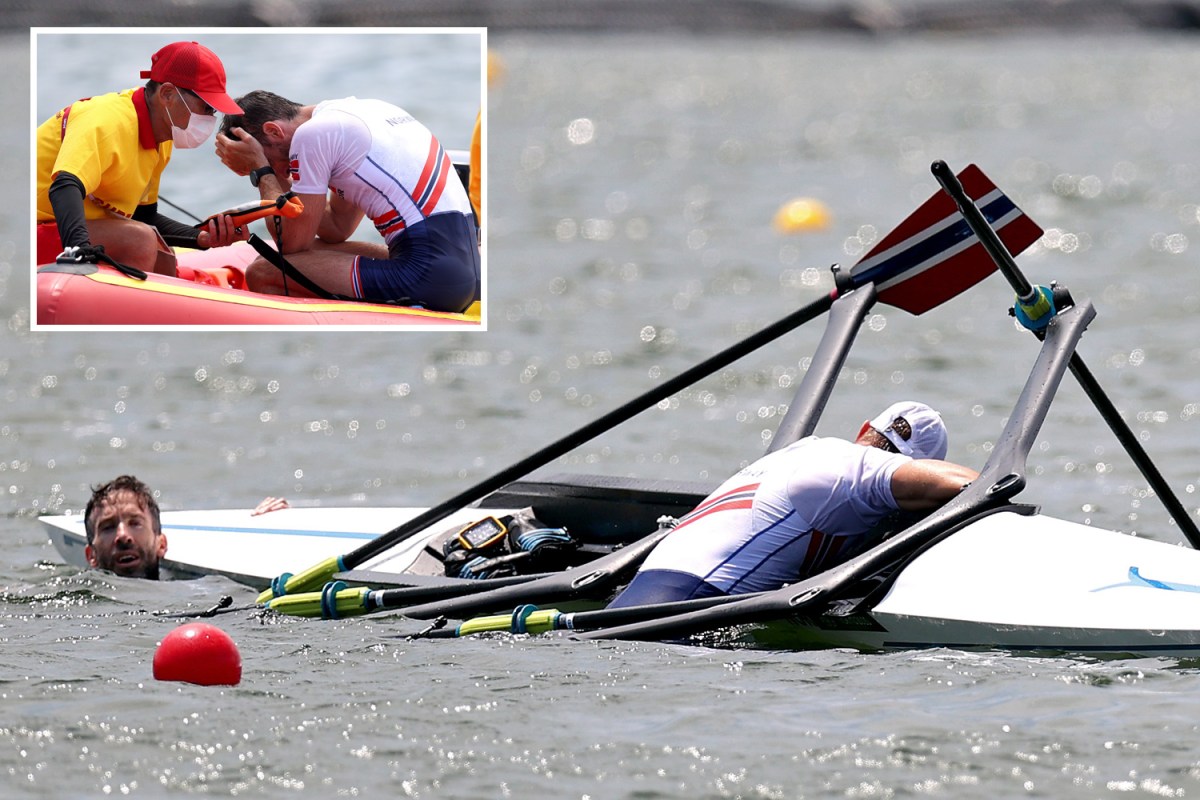 The horror performance of Norwegian Rowing vs. CAPSIZE in the Olympic Double Scull Competition


The Norwegian rowing pair’s medal hope was dashed after the boat capsized, and 500 meters away from the second place.

Kristoffer Brun and Are Weierholt Strandli-the bronze medalists at the 2016 Rio Olympics-are participating in one of the men’s lightweight double scull semifinals.

Brun and Strandli had run 1,500 meters in their race and were preparing to qualify for the finals when the disaster occurred.

The TV camera caught the two splashing and tipping over, which commentators called “heartbreaking.”

The Norwegian duo had to hold on to their boat with the help of lifeguards.

Brun and Strandli finally returned to the boat and finished the race at 12:16:25-twice the time taken by the German winner.

Now that their medal hopes are over, they will participate in the B finals tomorrow.

Ireland is likely to win the gold medal in the final tomorrow, with the duo Paul O’Donovan and Fintan McCarthy running the fastest in the semifinals.

O’Donovan and McCarthy’s time is 6:05:33, which is faster than the German car.