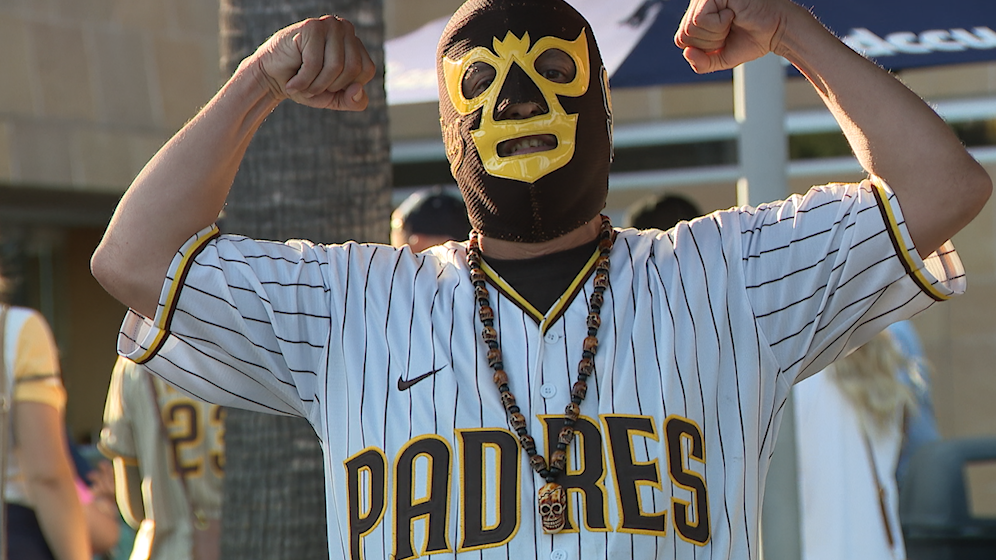 San Diego — As a native of San Diego and a lifelong fan of the city’s baseball team, Padre Libre is very popular among Padres fans in Petco Park.

Mercury Hornbeek, also known as Padre Libre, didn’t start accepting his other self until a few years ago.

Hornbeek decided to go all out from 2016 and become his other self. One day, a name in the stands was called a season ticket holder, and then it got stuck.

Smiling constantly and never refusing to take pictures, Padre Libre exudes a positive side. However, you will never know that he experienced the most difficult year of his life and lost his best friend and sister. This hit him hard and eventually forced him to travel to Montana for a year to clear his mind.

“I just know how I can’t do Padre Libre, and how people get along with me,” Hornbeck said.

Although he did not feel himself, his love for the priest never left. On his trip from Montana to California, he went to watch games whenever possible. When he can’t do this, he will only give away his ticket.

“I do what I have always done, I conduct lotteries and surveys on the Internet,” Hornbeck said. “I make a simple question, whoever answers first, they will get my vote.”

The 43-year-old said that he did not grow up like this, he has been looking for balance from the past to the present.

“I have discovered some small things, I have coached the children, I have done a lot,” Hornbeek said. “But it puts me in total balance now and gives me peace in my home in San Diego.”

A die-hard priest fan who has experienced the bell continues to spread love and joy around the city.