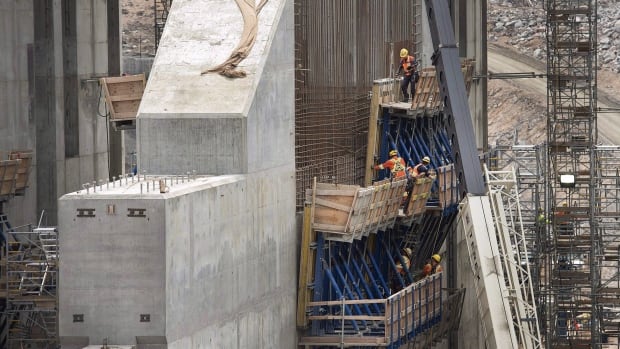 
According to CBC News, the federal government is finalizing a multi-billion-dollar agreement with Newfoundland and Labrador to reorganize the Muskrat Falls hydropower project, which is over budget and behind schedule.

Sources familiar with the agreement said that Ottawa will buy equity in the project and provide guarantees for more of its debt to reduce borrowing costs and help keep electricity prices low. CBC News did not disclose the exact dollar amount.

According to sources, negotiations are continuing today, with the aim of finalizing an agreement within a few hours before the prime minister’s scheduled election visit to the province.

Prime Minister Justin Trudeau and Governor Andrew Furey are expected to announce the deal in St. John’s on Wednesday.

The 824 MW hydropower project in central Labrador has been plagued by delays, cost overruns, and political controversy in the ten years since it was first announced.

The huge debt of out-of-control projects may worsen the already weak financial situation of the provincial government and force it to look for hundreds of millions of dollars each year to subsidize electricity bills.

Without this new arrangement, the electricity bill would increase by 75% to cover the cost of the project. The source said that the financial relief in the agreement will enable the province to avoid those catastrophic interest rate increases-although it will not completely offset the need for interest rates to rise over time.

The deal was the result of high-level negotiations that began in December last year, when Trudeau appointed Serge Dupont, the former deputy secretary of the Privy Council, to negotiate the financial restructuring of Muskrat Falls.

Dupont negotiated with Brendan Paddick, the director of telecommunications and a close adviser to Furey. The Prime Minister chose Padick to lead the interest rate reduction team in Newfoundland and Labrador.

The goal is to find a way to reduce the financial losses caused by the out-of-control development of the project without causing punitive interest rate hikes on the aging population in economically difficult provinces.

The then prime minister, Danny Williams, adopted Muskrat Falls in 2010 as a green energy option to replace the province’s largest oil-fired power generation facility and meet future needs. It will bring Labrador’s electricity to Newfoundland and then into Nova Scotia via a series of submarine cables.

The entire project should have cost only US$6.2 billion. But after ten years of delay and deception, the final price tag will now exceed $13 billion.

The project is led by Nalcor Energy, a powerful Royal Williams company that aims to transform Newfoundland and Labrador into a major energy supplier.

Last year, a provincial investigation led by judges It was discovered that the former Nalcor leadership had “concealed information that would undermine the business case reported to the public, in order to [the provincial government] And Nalco’s board of directors. “

Finding a way to limit the damage caused by Muskrat Falls is one of the most pressing political issues facing Newfoundland and Labrador. Without obvious mitigation measures, when the project finally supplies power later this year, the average electricity bill will soar from 13 cents per kilowatt hour to just under 23 cents.

But the Public Utilities Commission warned that for people in provinces with high unemployment, such a price increase would be unbearable and could reduce the competitiveness of major employers. It concluded that further restrictions on interest rates will require substantial help from the federal government, which may include the financial restructuring of the project.

The provincial Liberal government and Nalcor, owned by taxpayers, have been struggling to find a combination of cost savings and revenue to limit substantial interest rate hikes.

But doing so requires hundreds of millions of dollars a year, and by this time the provincial government is already running a record deficit.

This restructuring arrangement will be the third time that the federal government has helped to directly underwrite the cost of the project.

In November 2012, former Prime Minister Stephen Harper agreed to provide guarantees for the project’s debt of up to $5 billion. This allows the provincial government to obtain a higher credit rating from the federal government and reduce interest payments.

The Minister of Natural Resources at the time, Jim Carr, agreed to add another $2.9 billion in loan guarantees, increasing the federal government’s guarantees to $7.9 billion.