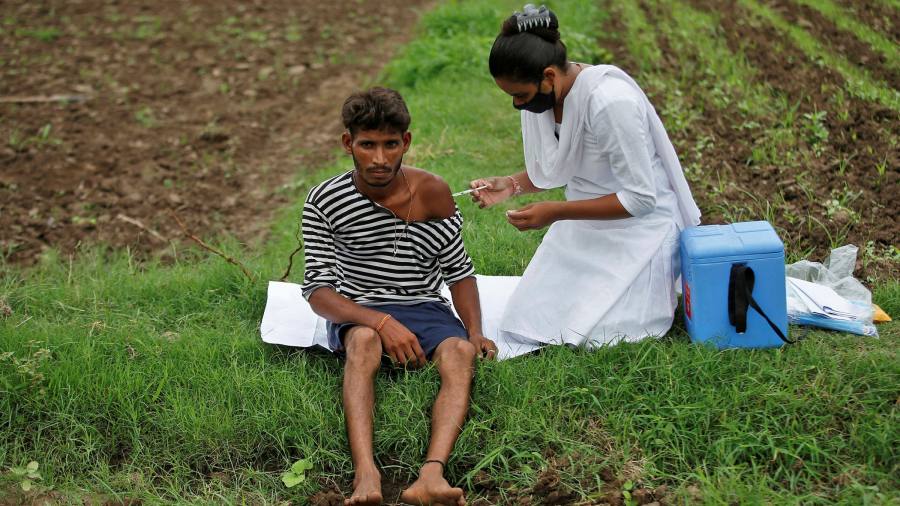 The International Monetary Fund warns that the limited access to Covid vaccines in developing economies may hinder the recovery of the global economy from the pandemic because it raises growth forecasts for advanced economies but reduces growth for the rest of the world predict.

The IMF said in its latest World Economic Outlook on Tuesday that the organization still expects the overall global growth rate this year to be 6%-the same as the previous forecast in April. But it warned that a new wave of coronavirus infections, including the spread of Delta variants, has made the outlook even more uncertain and unbalanced.

The International Monetary Fund said: “Vaccine access has become the main fault line that splits the global recovery into two camps.” Some countries “can look forward to further normalization of activities later this year”, but many other countries “still face recurrence of infection and the new crown. The problem of the increase in the number of deaths from the virus”.

The IMF warned that even countries on the trajectory of recovery should not be complacent: “Recovery… As long as the virus spreads elsewhere, even in countries with very low infection rates, it cannot be guaranteed.”

The International Monetary Fund lowered its growth forecast for emerging and developing economies this year by 0.4 percentage points to 6.3%. In Southeast Asia and South Asia, especially India, the outlook is even more bleak.

In contrast, the IMF raised the output growth forecast for this year’s advanced economies by 0.5 percentage points to 5.6%, with the forecasts for the United States, the United Kingdom, Canada, and Italy being revised up significantly. France and Germany remained unchanged, while growth expectations for Spain and Japan were revised down.

Gita Gopinath, the chief economist of the International Monetary Fund, told the Financial Times: “We are still in a situation where this pandemic is causing serious damage all over the world.”

She believes that although it is clear that the Delta variant is “rapidly becoming a major strain”, it is difficult to judge the economic impact on rich countries.

“Although we are seeing an increase in cases… If you look at the number of hospitalizations and deaths, you will see a more modest effect… We have to see if this really affects consumption patterns, travel, confidence, etc. Have a major impact. We haven’t seen this yet,” she said.

A major risk identified by the International Monetary Fund is inflationary pressure. Although the world’s major central banks expect price growth to peak and then fall later this year, the IMF warned that inflation may be more persistent than expected.

It said that this may lead to more active normalization of central bank policies, which will deal a particularly severe blow to emerging and developing economies.

“The deteriorating epidemic dynamics and tightening external financial conditions have caused a double blow to emerging markets and developing economies, which will severely hinder their recovery and drag global growth below the baseline of this prospect. [scenario],” the International Monetary Fund said.

However, Gopinath said she was “not worried” about the risk of a spiraling inflation in the United States, and that the spending plan of the Biden administration is expected to promote economic recovery.

The International Monetary Fund raised its growth forecasts for the world’s largest economy for this year and next year by 0.6 percentage points and 1.4 percentage points, respectively, to 7% and 4.9%-assuming Washington’s infrastructure and social spending plans will pass Congress.

US Federal Reserve (Fed/FED) policymakers will meet on Wednesday to discuss the possibility of slowing down asset purchases later this year, as the Fed begins to slow down the pace of monetary support for the recovery.

The Fed’s favorite indicator of inflation-the core personal consumption expenditure index-is expected to rise sharply from the current level of 3.4% and eventually reach 4%. But the International Monetary Fund predicts that as temporary supply constraints and other pandemic-related quirks ease, these pressures will subside, and core PCE will drop to 2.5% next year.

“Everything we have seen so far is consistent with the forecast of a fall in inflation next year,” Gopinath said.

Gopinath said that the IMF’s inflation and employment forecasts indicate that US interest rates will begin to rise at the end of 2022 or early 2023-faster than Fed officials predicted.