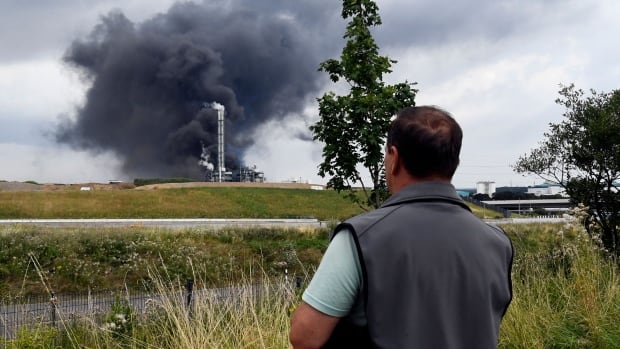 
On Tuesday, an explosion occurred in the industrial park of a German chemical company, killing at least one person, injuring 16 people, and 4 people still missing.

Fire officials who tested the air said that after the authorities initially urged people to hide inside, nearby residents appeared to be in no danger.

An explosion occurred at the waste management facility of the Chempark factory in Leverkusen near Cologne, blowing a large black cloud into the air. It took the firefighters nearly four hours to put out the fire after the explosion.

The German Federal Office for Civil Protection and Disaster Assistance initially classified the incident as an “extreme threat.” However, late on Tuesday, the Cologne Fire Department stated on Twitter that the air pollution measurement results “did not show any abnormalities”. They said the smoke has dissipated, but they will continue to measure the toxins in the air.

The city of Leverkusen said in a statement that the explosion occurred in a solvent storage tank. It said four people were hospitalized with serious injuries.

Lars Friedrich, head of Chempark, said in a written statement: “We are deeply concerned about this tragic accident and the death of our employees.”

Currenta, the company that runs the chemical park, said that the explosion occurred at 9.40 am local time and then turned into a fire.

Currenta said in a statement: “Sirens are used to warn residents and issue warning alarms.”

The nearby Cologne police stated that a large number of police officers, firefighters, helicopters and ambulances from the area had been deployed to the scene. They asked all residents to stay indoors and warned people outside Leverkusen to avoid the area.

Daily Koelner Stadt-Anzeiger reports that the cloud of smoke is moving northwest towards the towns of Burscheid and Leichlingen.

Leverkusen is home to Bayer, one of Germany’s largest chemical companies. It has about 163,000 inhabitants and borders Cologne, Germany’s fourth largest city with about 1 million inhabitants. Many residents work at Bayer, which is one of the largest employers in the region.

The chemical park is very close to the banks of the Rhine.

Currenta has three facilities in the area. More than 70 different companies are located in Leverkusen, Dormagen and Krefeld-Udingen.