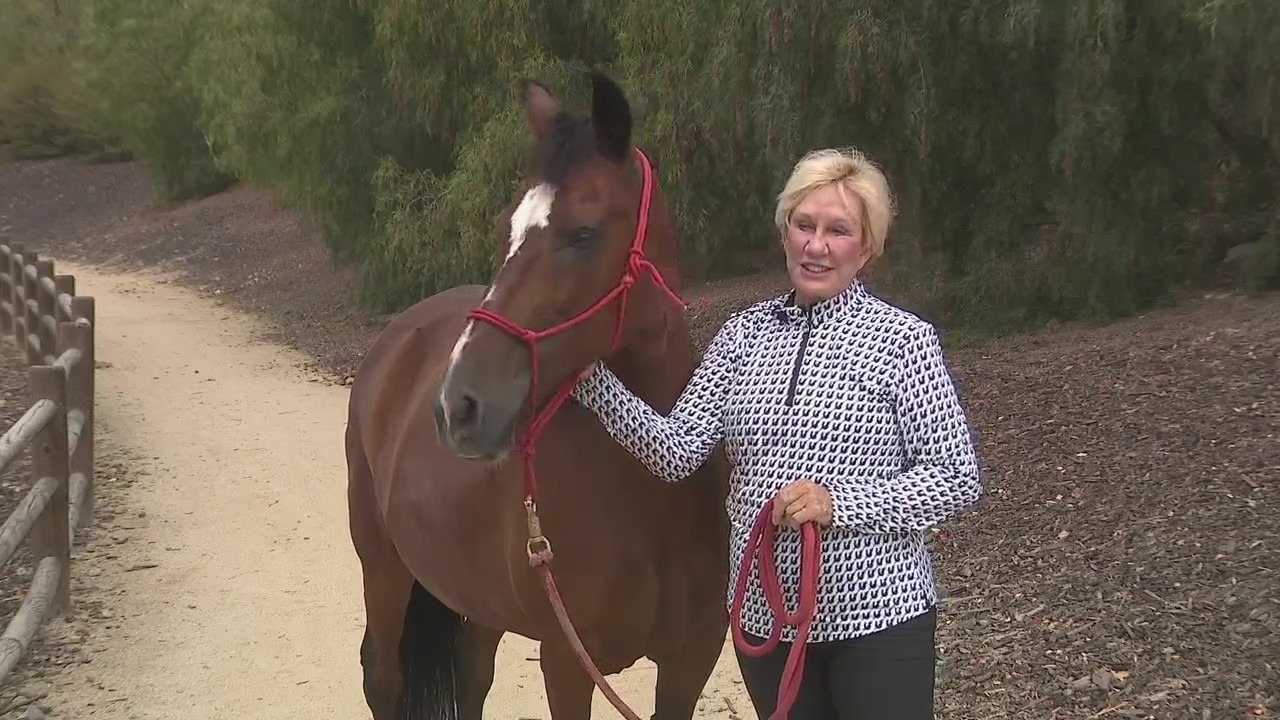 The rider thanked the rescuers after the fall

Carmel Valley, California – The horse rider who fell on a trail with her horse on Thursday and was then rescued by firefighters and veterinarians is talking about the incident.

Cay Cowie and her horse Mackey Fell off a steep path Rolled into the ravines in remote areas of Carmel Valley.

“McGee is ascending, and her front foot slipped and fell,” Cowie said. “She knelt on the ground, and when she tried to use her hind legs, the mountain collapsed and we rolled down about 150 yards and turned into very thick bushes.

The crew rescued the rider, the horse that fell into the ravine

Cowie said she called family and friends to see who could rescue Mackey, but the last hiker spotted them and called 911.

“They really can’t find me,” Cowie said. “My grandson left the beach with an axe and saw to rescue me. When he saw the helicopter, he directed them to where I was.”

Cowie said that two first responders came down from the mountain, assessed the situation and decided that a helicopter was needed to airlift McGee because they could neither ascend nor descend.

“They brought the veterinarian in by helicopter,” Cowie said. “My vet, he is great, Dr. Silverman, he was able to assess that she was okay and stay with her, just before they had to put a seat belt on her.”

McGee was hoisted to a receiving area hundreds of feet high, where rescuers calmed her down and placed her in a trailer.

“She immediately loaded it into the trailer and she was happy to go home,” Cowie said.

As a result of the fall, Cowie’s skin was torn and McGee bruised his knee.

McGee is a 14-year-old Peruvian Paso, and Cowie has been training it since he was three years old.

“You have a relationship with your horse, thank goodness, when we were there, I had this relationship with her because she remained calm,” she said. “She depends on me, I depend on her, so it’s really good to keep calm between the two of us, I love her.”