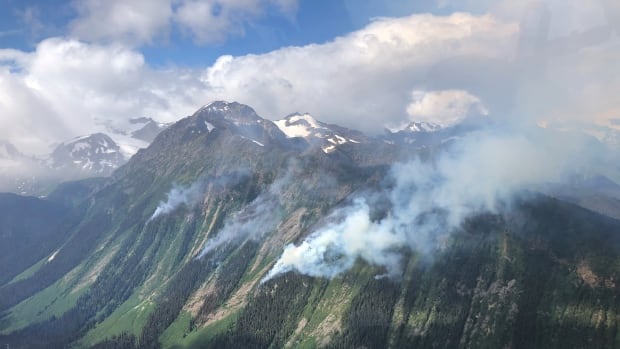 Due to persistent hot and dry conditions, wildfire workers arrived in British Columbia from Mexico


On Saturday, the British Columbia government welcomed 100 firefighters from Mexico to help extinguish hundreds of wildfires that raged in the province.

Nearly 5,000 properties are still under evacuation orders, and more than 16,000 were on evacuation alert over the weekend as there were hundreds of fires across the province, some of which were caused by continuous warm temperatures and strong winds.

The BC Wildfire Bureau said that as of Saturday morning, there were 258 fires across the province, most of which occurred in the Kamloops fire zone in inland BC.

There are currently 3,320 firefighters in BC, of ??which 94 are from outside the province.

‘No relief is seen’

On Thursday, the Wildfire Service stated that the situation in the southern half of the province was extremely dry and “no signs of relief were seen.”

The Okanagan-Similkameen Regional Emergency Operations Center continues to monitor some notable wildfires in the area, including the Nk’Mip Creek, Thomas Creek, and Brenda Creek wildfires near Oliver and Osoyoos.

Environment Canada issued Special air quality statement Nearly a quarter of BC, in the southeast, because of wildfire smoke.